My Pikes Peak Sports teammate Brandon Stapanowich played mind games in the Summer Stampede 12K. I'm playing mind games now with my training. Everyday I'm trying to figure out ways to get up the Peak. Last week I couldn't make it above tree line but every hill I ran I envisioned was a piece of Barr Trail on the way up Pikes Peak.

Wednesday morning I ran the… 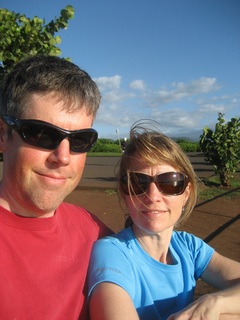 My hubby and I have different approaches for preparing for the Triple Crown of Running race events.

Silent home. Cat sleeps. Dog sleeps. Cancer sleeps.
PET scan came back with NED (no evidenve of disease). Yet I am aware, so keenly aware that cancer can sleep and hide and edge forward when it choses.
I dance on the abyss. Stare down its dark face, find my fear, and move on the edge. I will always be moving on its edge. Whatever my choices now, they are made facing the ebony abyss.
Light givers come in many forms. Son and daughter, friends and family. They chose to be here with… 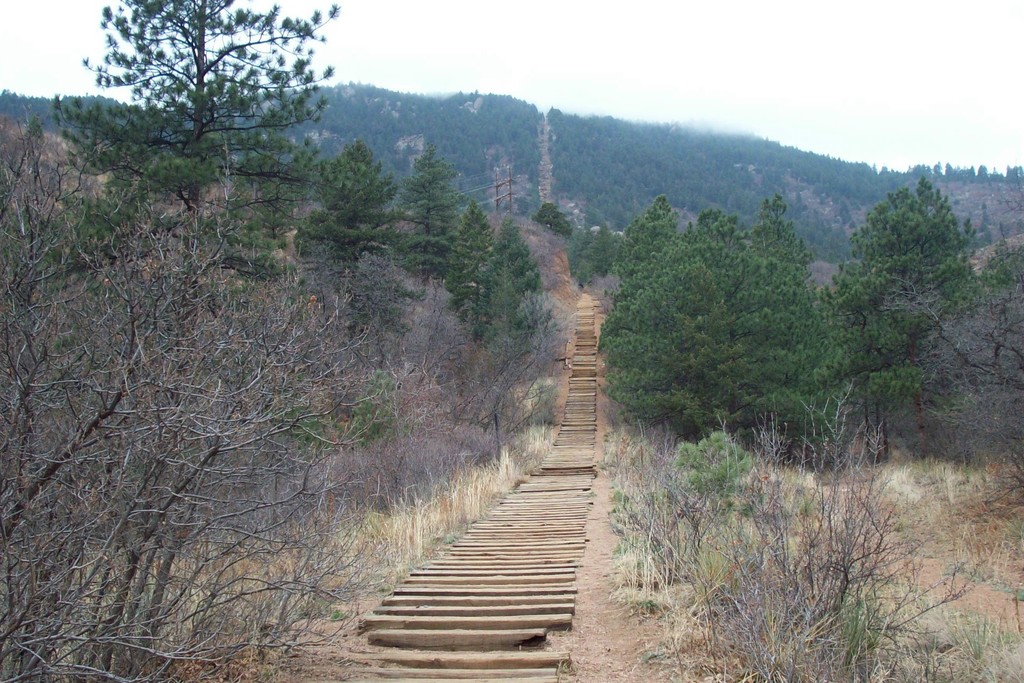 A friend of mine was talking to me recently about coming down the Incline with his son and how he felt by the end of it, having not done the Incline in over a year.  He said his knees where killing him and toward the bottom where the Incline's grade decreases slightly and he could keep up a slow run he could feel every foot strike.  Now let me start by saying I do not condone…

So I'm starting up jogging again since my teenage years.  That's about 27 years ago.  Now that I'm older and more prone to injuries, I stumbled upon this running technique called chi running on Youtube.  It's based on tai chi and it teaches you to land on your mid-section of your foot instead of your heel.  By aligning your body and head in the most upright position with a forward tilt from the chest, you begin running.  It's how a baby learns to walk - the most natural and efficient way. …

Today I had the… Continue

Yeah, it's hard to explain

Friday night I was debating - 6 a.m. start in Manitou - all the to the top of Pikes Peak or an 8 a.m. start at the Cog Railway taking it half way and then running to the top. Either way, a hard workout was in store. I had friends and acquaintances going on both trips so I was debating if I wanted to leave my wife home with the kids and for how long.

My wife asks: "Are your friends training to win this race?"

"Have they run this race before?" she…

Keepin' My Pancakes on the Rocks: Food for Thought

I enjoyed some real solid training under my feet during this past week and have had a nice streak of running since the SUMMER ROUNDUP. For the Tuesday/Thursday Sunrise Strider tempo runs and interval workouts, I'm happily welcoming the return of my pre San Juan 50 form. Riding this high, I was also able to work in a great running weekend around Pikes Peak. Saturday offered some good time on the backside as I knocked out 21 miles with CRUD as we tagged the PANCAKE ROCKS and then…

Elevation Training for the assent

Anyone know of any good trails to run at high altitude. Looking for something hilly and more than, say, 8 miles....? I am trying to avoid the hassle of driving up the Pikes Peak Highway. Thanks!

Many people base their health and physical well being on their body mass index.  Although this measurement can help you to see if you are overweight, average or underweight and help you to track your progress towards a weight loss or fitness goal the B.M.I. can be misleading and inaccurate.  If you want a more accurate measurement, that is just as easy to obtain, if not easier, use your waist/hip ratio.  This measurement takes into account your body size and proportions, which have been…

I hit a low at the 2011 Summer Roundup Trail Run 12K. It happened about 20 seconds after the compacted dirt became asphalt and the course rocketed skyward. I had to walk. Walking isn't the end of the world. Lots of runners consider walking up hill (especially in the Pikes Peak Ascent) more efficient than running. But for me, I was walking because I felt defeated. The course beat me that Sunday.

Maybe it's for the best. As runners passed me and my time began to look like the elevation…

Sunday's heat melted the asphalt and the runners. I ran clipped corners and kept sipping water. Two Sundays and two races, The Summer Roundup and the Zooma Colorado half. At each finish line my daughter waited. She smiled, cheered, and brought the dog up to great my finish.  This past Sunday, moving across the finish line, I remebered  the times I waited for her, supported her, was cheering her finishes and performances. The role reversal is not quite new.A few years ago, when she was…

It has taken me a while to get this out.  But after a few days recovery and a vacation I am ready to write.

The week of my tri, I had gone to Michigan for training (which as suppose to be in April but dates had got moved).  It was everything wrong to do before a tri.  I went to sea level. Didn't sleep well, and didn't eat the best.  I was to return to Colorado Friday afternoon, and the tri was Saturday morning.  That Friday, my flight from one airport was delayed, I ended up…

I really wasn't sure I was ready for this. My training leading up to the July 10th Roundup had been even less regimented and more haphazard than usual. I'd found reaching a "recovered state" whatever that meant, was as elusive as reaching enlightenment or Nirvana. Even if I had reached this heralded state of recuperation, racing a 12k requires a tremendously different mindset than what I'd been accustomed to over the past months. It meant efforting up 3.6ish miles of climbing and…

For the past few weeks I have been laboring over something interesting and hopefully informative to blog about - something that someone (even one person!), particularly as we get older, might find helpful in their running/racing travails. 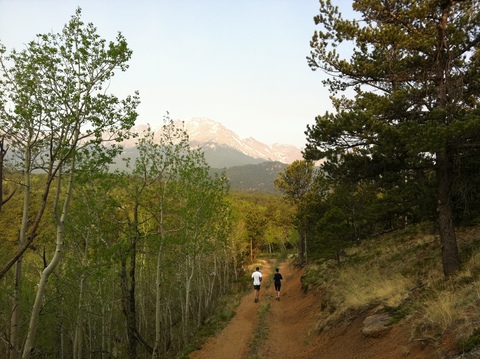 Between work, volunteer, personal and junk I receive on average 200 emails a day.  Few subjects will catch my attention and cause me to skip ahead and read before all of the rest.   My good friend Sonya and trusty early morning “sweat sister” cleverly (likely without knowing) titles her emails so they are always the first things I read.  In training for this Summer Roundup,…

CHANGING: The ephemeral nature of life and running

Running with the recommended cadence of 180 steps a minute equates to a mere 0.33 seconds of stance time per step. In an hour's run, that's 10,800 DIFFERENT points of contact your foot makes with the ground. To keep up, bodies are go through internal changes to paradoxically remain the same and maintain homeostasis. Fine tuning energy production, regulating body temperature, redistributing blood flow, all so we can keep on keepin' on. That simple act of running sure involves a ton of… 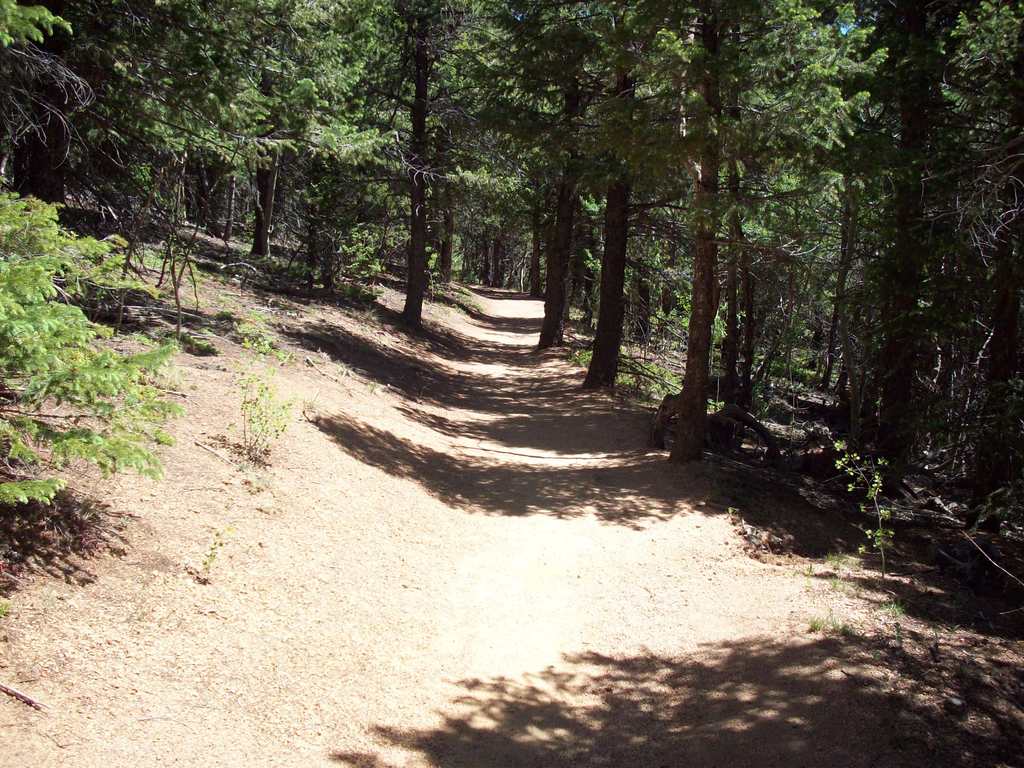 Recently I had a client ask me about why she was having side cramps from running when she felt like she was in decent shape and was working on making sure her breathing was rhythmic and not erratic.  She is training to do the Pikes Peak Ascent and so she is mainly trail running and normally has the side aches when she is running downhill.  I explained to her that it could be… 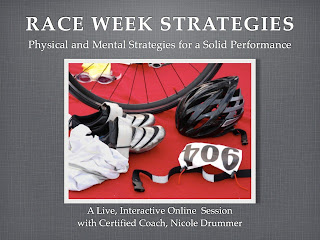 Coach Nicole will be presenting a FREE webinar on Race Day Strategies on Thursday July, 14th at 6pm MT and… Continue

Back on the Wagon - Pikes Peak or Bust

I fell off the wagon.

I think it was a post-race proverbial "hang-over" that was completely alcohol free but laced with plenty of ice cream and diet soda. I know, quite a bender.

After the Garden of the Gods 10-Mile, I rested for a couple of days. That became almost a week. Then my wife went out of town with the kids. I had good intentions, I really did. But I just didn't run much.

Then I went on vacation with the family and you know how that goes... never is there as…