It's funny how the little things like an article or a picture, casually discovered in a magazine, can impact your life years later. Quite a while back, when I was still in North Carolina, I recall searching for the next great running challenge and happened upon an article about the Pikes Peak Marathon in Runner's World. Here are a couple memorable highlights from that write up:

[The course is so difficult that it typically takes your average marathon time plus a half hour just to complete the 7,815-foot ascent; then there's going back down to really trash your quads. So, what's the allure? In part, it's the exclusivity--because of forest service restrictions, only 800 runners can compete--and in part it's the sheer audacity of the undertaking. "There can be a windchill of zero at the top, and it can be 90 degrees at the bottom," says six-time winner Matt Carpenter. "There's rocks to deal with, roots, two-way traffic. Once you've done a marathon--and it seems everybody has done that--you've got to try something different, and there's nothing more different than this."]

[The race starts at 6,295 feet and proceeds along dirt and gravel paths to the tenth mile, where racers emerge out of the forest and onto a treacherous series of switchbacks through a MARTIAN-LIKE ROCK-SCAPE. "This mile alone has crushed the dreams of many runners," writes Carpenter, who holds the course record of 3:16:39, in his official course description (skyrunner.com/ppcourse.htm). "From here on up it is about wanting to get to the top. If that means RUNNING--AWESOME. If that means WALKING--SUPER. If that means CRAWLING--DO IT. Just keep moving!"]

And while the article had slipped from my conscious mind until just a couple days ago, I guess it had always lingered somewhere in the depths of my subconscious, beckoning me to race America's Mountain. Now, with less than a week until the culminating event of the TRIPLE CROWN OF RUNNING, I'm feeling as prepared as I can for the PIKES PEAK MARATHON. Sure there have been times of uncertainty kindled by fatigue, electrolyte imbalances, or the occasional heels over head fall coming down the W's. But the time for that kind of thinking is over. No sense in lugging doubt up and down the mountain with you- a water bottle and energy gels are much more useful. Over the weekend I made a concerted effort to back off on volume, focusing instead on mental preparation with the idea of going into the race healthy and itching to run. With that said, I was able to work in a modification of one of the classic Pikes workouts, THE 3-2-1. In essence, start at the summit, run 3 miles down, 3 up, 2 down and so on for a grand total of 12 miles above 12,000 ft!  My version this week, a 2-1, was "THE FINAL COUNTDOWN" above the clouds. 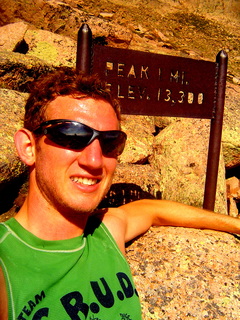 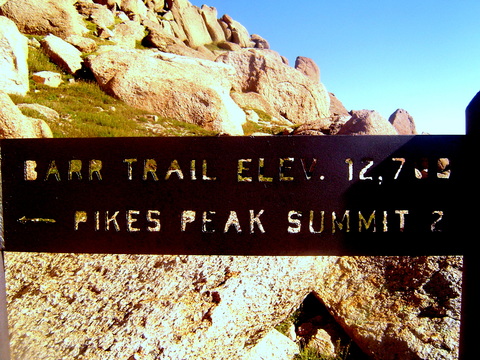 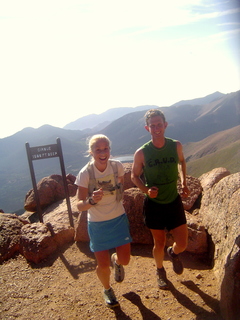 "INSANITY LOVES SUFFERING" as Sean O'Day so wisely put it Saturday. He and about a dozen other running buddies, including PIKESPEAKSPORTS.US team member Amy Perez were all a part of a fantastic taper party. As an added bonus, Amy and her "usual suspects" Susie and Dave, suckered us into a 5 minute "Pikes Plank." Beer was optional, pain was absolutely not. OUCH! 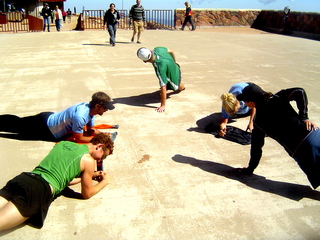 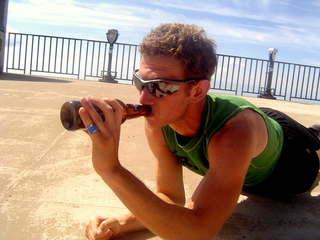 So whether you're doing the ASCENT, the MARATHON, or the DOUBLE, the video below, especially the last minute or so, is guaranteed to get you going on race day. In the meantime, taper well, and rest well. Chug some egg yolks if that's your fancy, or adhere to any other superstition of choice. Spend a moment envisioning the 16 GOLDEN STEPS leading to your MUSEUM OF ART. See yourself at the summit with arms TRIUMPHANTLY in the air, FISTS-A-PUMPING, embracing every moment of SUFFERING that led you to that point. DON'T DOUBT... DO. 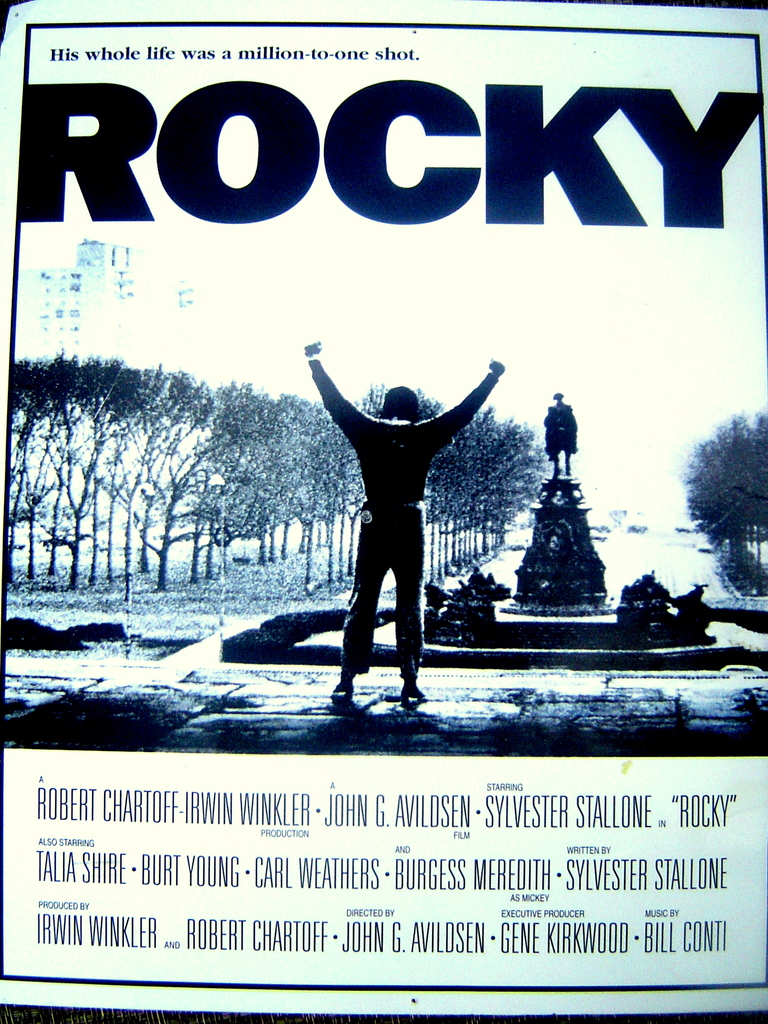 (On a side note, "Rocky" was my moniker in high school, not because of my scrapping ability but rather due the fact that I routinely enjoyed black eyes and facial lacerations after soccer games. Lets just hope my bodily fluids, namely blood, remain inside me on Sunday!)

Comment by Brandon Stapanowich on August 16, 2011 at 6:41pm
Thanks Alexis and Tim. See you both this weekend!

Comment by Tim Bergsten on August 15, 2011 at 8:43am
Good stuff ... all the way around! Amy Perez and her 5-minute plank...that is brutal! And the video is my favorite clip from all the Rocky movies.