That's how I felt Saturday when I jogged into Memorial Park in Manitou Springs with Chris Bittinger looking at his watch saying, "Guys, Aaron just finished in 1:27!"

The High Altitude Running Team invited me along for a training run on the Garden of the Gods 10 Mile course. This was my first chance to see the whole course - start to finish. It was a chance to size up my goal of…

While running along in the Garden of the Gods on Saturday I noticed some Team in Training runners.

Thank you, and all the runners, bikers, and other athletes who donate their time,training ,and hard work to raising money for a variety of charities. I read somewhere on Runners World that millions of dollars are finding their way to a cross spectrum of charities due to the dedication and energy of you all.

I've never won the lottery, come home with a Porsche from a mall giveaway, or even managed to avoid sidelining injuries in my running career. But LUCKY is really the only way to describe my situation. LUCKY, in so many respects. And while I'll admit to being bit superstitious with odd things like deoderant and chapstick, these rituals are ultimately inconsequential to my good fortune.

Ok, bear with me for a moment while my emotional Irish heritage commandeers this blog. Grab…

The world is (not) flat

Trail running involves ups and downs, rocks and roots, puddles and pebbles, all sorts of diverse terrain. Its part of the pleasure and part of the pain. Getting distracted and looking elswhere can occassionally have catastrophic consequences, or at least a kind of reminder that gravity works.

During all my medical stuff I managed to lose an eye.

The world/trail is now indeed flat.

This has led to some interesting runs. My dog has become a trail running guide. He… 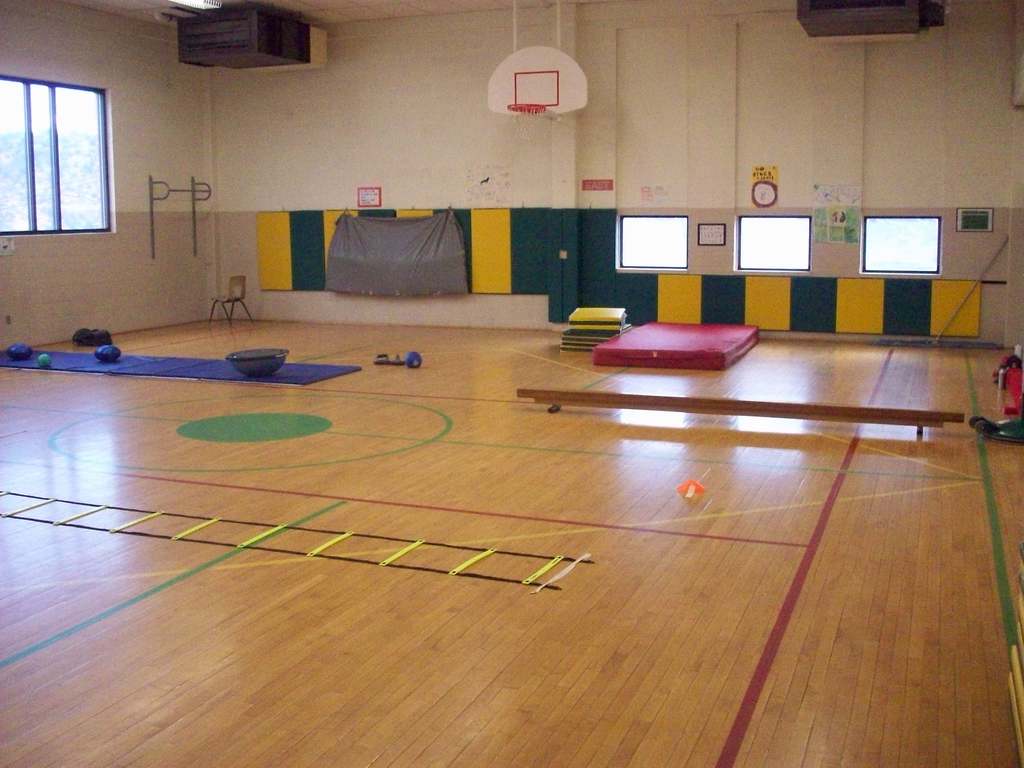 So I have been busy all week with my kids last week of school, my oldest son "graduating" from elementary school moving up to middle school, soccer parties, graduation parties, family in town, seeing clients, training for my races, getting ready for three straight weekends of races coming up, and life's normal day to day responsibilities.  So I am pretty well exhausted and…

Ask the Coach - What about the Win? 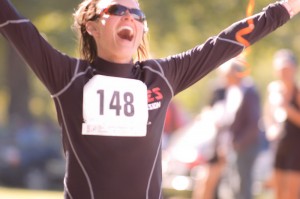 I got a post from Ty on facebook asking if I had any tips on winning your age group.…
Continue

Take 5 in the Garden 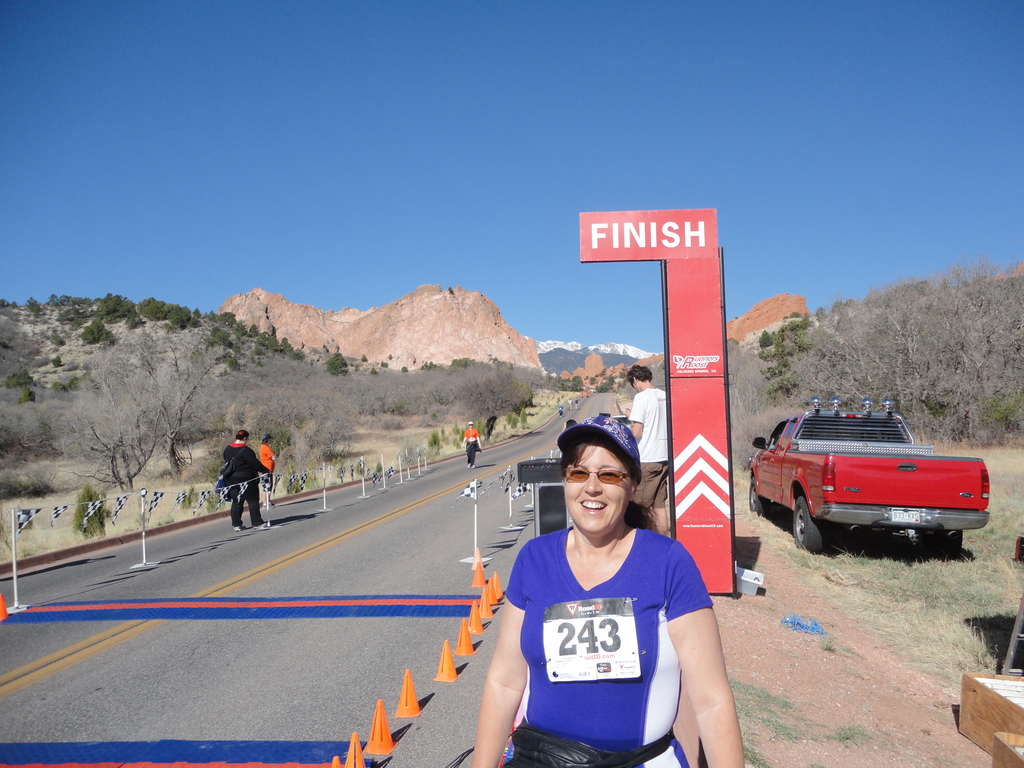 My eyes focused on the red glowing numbers floating beside my pillow:  7:03.  The time slowly registered in my brain in reference to what day it was. I shouted a few expletives, threw off the covers, and shot out of bed like a rocket.

He's not a regular guy.

Despite the testimony of many who know him well who say, "He's just a regular guy, who happens to have competed in the Olympics three times.

As we crunched gravel under our hundred dollar shoes, I tried not to say anything stupid that Justin Chaston would hear at least. Being a new runner, I'm still star struck…

A few thoughts from the trail

Are you a RUNNER?

Last night while jogging on a kitchen pass from my loving wife, I got to thinking...

In my view, there's a distinct difference between being someone who runs and being a RUNNER. As I've gotten connected with the Colorado Springs community of RUNNERS, I realize that I'm probably just someone who runs (at least at this point).

My observations are that RUNNERS:

1. Get up so early they pass people coming home from the bars on their way out to their morning…

Help me name my bike!

OK, I started this on facebook but thought it would be fun to bring it over here to the Pikes Peak Sports community. I recently got a new bike and it needs a name. 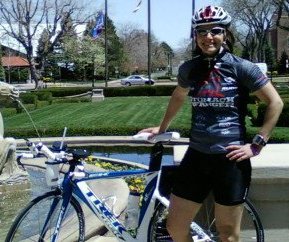 it's a Carrera blue and white Trek Speed Concept 7.5...

So add your suggestions in the comment below and on Friday, May 27th, I'll pick a winner. The prize will be, well, the satisfaction you…

Lauren recently wrote me on facebook:  Is it bad to double up workouts if you skip a workout? Example: My tummy hurts today so I'm not swimming, is it bad to add that workout on top of my Saturday workout??
Like many of the… Continue

Garden of the Gods Race - 10 miles with infinite possibilities

Yesterday I got to meet the other Pikes Peak Sports.us Triple Crown team members. I am in awe.

A fit, energetic, funny group of runners. They were kind enough to not question my team membership, and supportive of my goals.(after looking at my photo with the odd leg muscle popping up I'm surprised they weren't laughing!) .

They reminded me that every runner has their own story. The Garden of the Gods 10 mile race will see a diversity of histories, runnning abilities,…

As we get closer to the summer racing season (although the snow in mid-May makes one wonder) and I spend more time training on the trails around the Pikes Peak region I can not help but notice that a lot of trail runners could use some basic pointers on proper form.  Most injuries are a result of over training or improper training and are preventable, the obvious exception to this rule are a crash or contact related injury.  So whether you are training for a race or you are a fitness…

So last Saturday I got in a 20ish mile trail run. To leave it at that, however, would be a great disservice to the monumental training day that it was.

At dawn I met 12 or so CRUD runners at the Waldo Canyon trail head. The instructions were to get some altitude training by heading up Long's Ranch Rd, then Bob's, then Barr and the rest was to be determined. While the weekend before was my recovery weekend, a large number of the CRUDers ran the Collegiate Peaks 50 mile-… 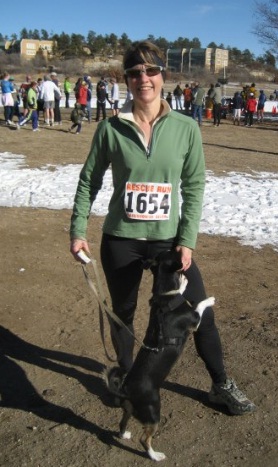 I wanted to name this post DNF.  I have been crafting these words in my head since Sunday at 9:24AM EST and the more I thought about it, the more I realized that true as it may be it is just too negative for this girl.

Sunday, I toed the line at 8AM EST in Pocono Lake, PA.  Trained, hydrated, rested (relative term), fueled, nervous and…

The Difference a Team Makes 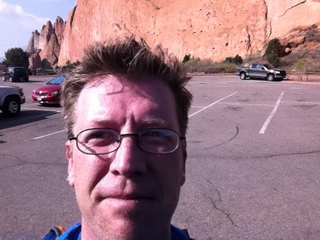 I'm very blessed to have been selected to be part of the Pikes Peak Sports.US Triple Crown of Running Team. When Tim Bergsten was putting the details of the team concept together, a few local running coaches offered to help those of us that were…

It would be impossible to talk about running, training, racing, early mornings, clown shoe contests, achievements, challenges, strengths or weaknesses without first delving into the “usual suspects”.  The trusty companions that make my mornings brighter, push me beyond what I ever thought possible, make a two or three hour run seem like 20 minutes and fully understand that there is no greater way to bring people together than a bit of healthy suffering.  My Mom was a huge fan of Miss Manners…