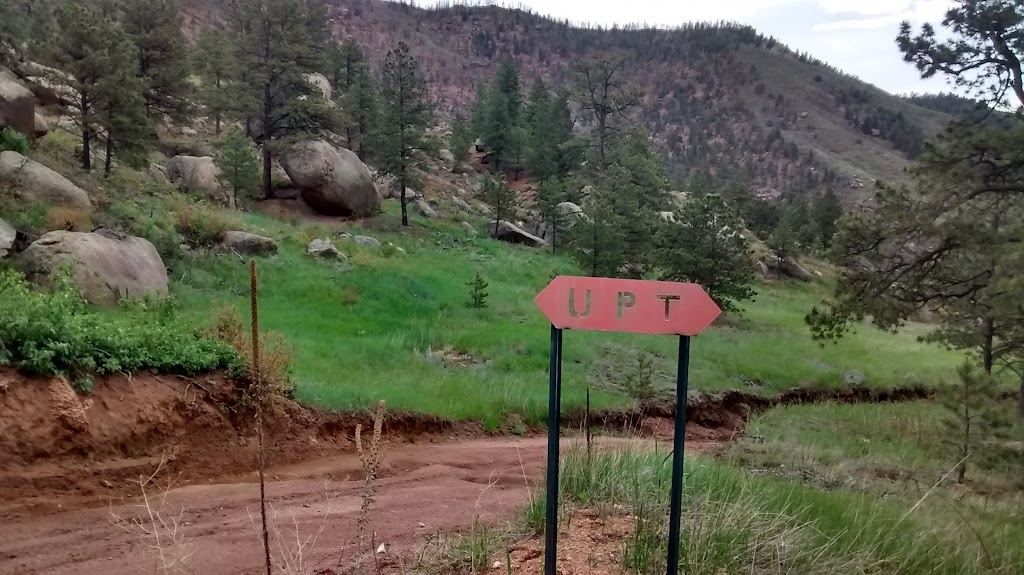 Over the past 5 or so years of running I have learned a few things. Unfortunately, it seems like I need continuous reminders of those lessons. Lately I've been coming back to consistency. This has been on my mind because like most of us, I am forced to work a regular job and have other distractions. I also know from experience that the next month and a half leading up to The Ascent are…

As June fades away and July is upon us, the Summer Round Up looms on my calendar in giant red letters -  my easy, at-a-glance method for identifying upcoming races. This race, the second of the Triple Crown series, is always tough because the course has never been the same for me and this year is no exception. It's hard to prepare for what seems to be the grab bag of races, but I suppose the mystery of the course can either relieve…

Hubby, canine and equine children just moved to the beautiful state of Colorado. We have been utterly enjoying the hikes and trails Colorado has to offer.

I have always liked running, but get easily bored with the environment. Recently, I began doing intervals up Mt. Cutler - still feverishly trying to get adjusted to the altitude...or at least, that is my current excuse. Surely, I will have to come up with something else shortly. I was curious about…

This week at Jack Quinn's

Holy Hot Hills and Foam Rolling Your Face Off!

Oops, here is a long overdue race report from the Garden of the Gods 10 Mile:

It was HOT! I was pleased that I went out at a sustainable pace rather than the insane pace I usually start out with and then end up scaling back, way back just a few miles in. I have run in the Garden plenty of times, but never this race. It was gorgeous, but man those hills kicked my butt. I didn’t quite make my goal time (sub…

It’s no secret that the last few years of my little running hobby have been fairly lackluster and ordinary. At times, I’ve actually had short bursts of enthusiasm lasting a couple of hours, or even a day or two but mostly I’d slump back into mediocrity, satisfied with my life on the sofa or at the brewery instead of out on the trails challenging or improving myself like I had in years past. For those that know me, I tend to be a bit…

Aw, shucks. There I was (and so was everyone else in the 6:15 start) all dressed up with nowhere to race. The bluebird skies had vanished behind some very angry clouds and just was we (Nick and I) were heading out the door to ride over to Bear Creek for the race, the rain started. So we waited for a few minutes. I texted Amber, who I knew would be on site and have all the info, asking if the race was still…

One race down, two more to go

I can’t believe my first race, as Mighty Marmot is complete. The Garden of the Gods 10-Mile Run was hard, hot, and beautiful all at the same time. The hills and pavement left me sore for a few days, but I wore my somewhat limp as a badge of honor because it gave me a reason to mention why I had a limp. Which of course was because I completed the Garden of the Gods run under my estimated time of 1:45. I ran a 1:38!

We all have them - that point where we are happiest, relaxed and just comfortable. It doesn't matter if it's in life or on the bike, we settle into those comfort zones and stay there - either not realizing that we are there or unwilling to make a change. And sometimes, that's okay. There's not always a reason to push the limits or make drastic changes. Until there is. Until there is something that makes us realize that there is a…

December through May really weren't anything to write home - or a blog- about; mostly just a lot of low mileage weeks and cross training and crossing my finger that I'd still be healthy once the weather warmed up. With some help from the great-mountain-running-guru/PT, Simon, I made it to the Mt. Evans… 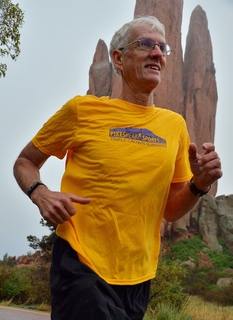 Some running and fishing thoughts by Phil Goulding

The first of the Triple Crown of Running races is coming up this weekend and as I was working on my taper by fishing on the Taylor River this morning I got thinking about the similarities between running and fishing. The water is really high so the fishing is tough, like the hills…

SUP in the Springs! WIN a new Stand Up Paddleboard!

Whatsup? No, not the head nod, how ya doin’ version of 'sup…but the stand-up on a paddle board version! “SUP” is a term that has recently become popular in the outdoor adventure sport world. According to SUP World Magazine, the activity has been around for thousands of years. In the 1940’s, surf instructors in Hawaii would use paddles and stand on their boards to get a better view of the surfers. It…

Bring on the Garden of the Gods 10 mile race 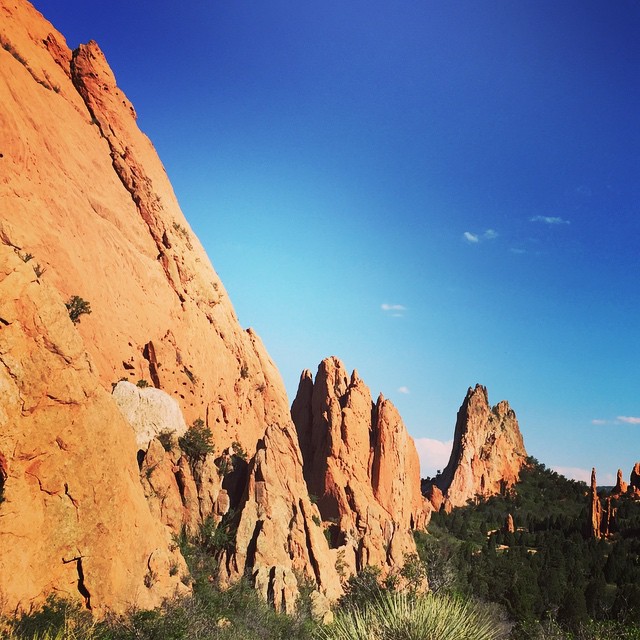 It might not make sense, but once I am…

The Garden of the Gods Testpiece (10 Miler) 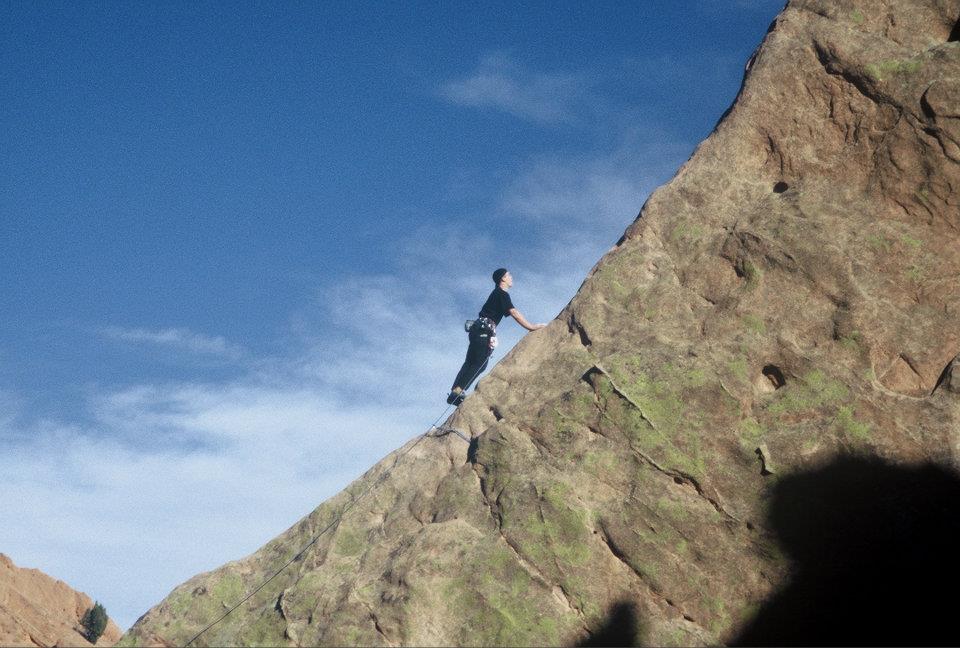 The Garden of the Gods has always been one of my favorite places locally. I remember going there with my…

In theory, as per my "plan" from six or seven months ago, I would've run like about 20 races by this point in the year, but instead I haven't run a single one.

Backtracking to the end of last November-ish when I got back to being able to run a whopping 30 (slow) kinda-pain-free-if-I-worked-really-hard-to-convince-myself minutes a day, I gleefully conjured up an exciting (I'd say epic, but that's currently the most overused word in the English language, so I will settle for exciting.… Continue

Whew!! The last few weeks have been quite the whirl-wind for me! I was in Moab and Lake Powell with my sisters, then out with some friends, then two shows at Red Rocks, and then Snowmass with my Ragnar team! I think I have been home 3 of the last 18 days! BUT, I wouldn’t trade it for the world. I love this crazy storm I call my life! Sometimes it seems like there is no real middle ground for me though...I either plan every… 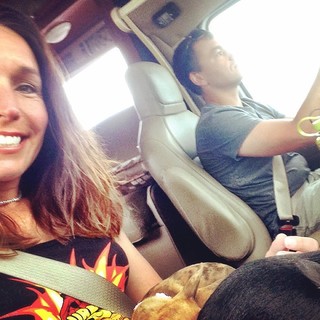 Encouraged by my friend, Jaclyn, I registered for the Thelma & Louise Half-Marathon a few months back mostly because I loved the movie, it sounded like a fun race and I’ve never been to Moab, so why not? Somewhere between registering and the actual race, I got a wild idea of trying to qualify for Boston at the Big Cottonwood Marathon in Salt Lake City in September.…

Garden of The Gods 10 Mile Run-Why are you running and what are your goals?

I love to know what makes people willingly get out for this brutal 10 miler. It’s not going to feel good.  We know that. It’s not going to give you a 10 mile PR with it’s tough terrain. It’s not going to be an “easy” day for those that plan on showing up for “just” a training day. That being said, why on earth are you running it? I’d love to hear some of your reasons. Others stories inspire me and keep me close to the… 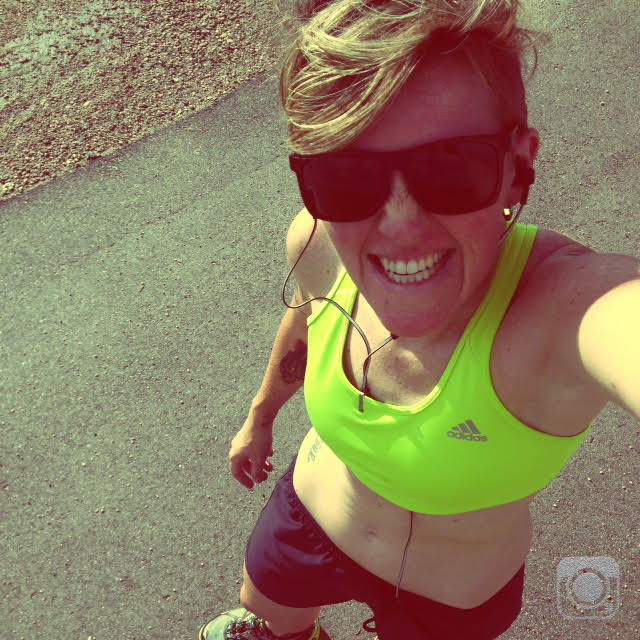 I was super jazzed going into the final weekend preceding the first Triple Crown race, The Garden of the God 10 Mile. Our son, Jack, had a soccer tournament in Denver but I was ready. Ready to run between games and wear my goofy compression socks everywhere…