The Business of Arts Center and ROLLBIKEART.COM are proud to present the 6th Annual ROLL Bike Art Festival. ROLL has brought its mystique to Manitou in 2010 with Free Saturday featuring BMX magic for kids of all ages. Through a partnership with local bike shop Suburban Shred and nonprofit organization Kids On Bikes, an… Continue

Welcome to the first weekly 'Ask the Coach' column. Answers to questions sent in will be published each Thursday. Questions can be sent to me via email, posted to my facebook page, or by commenting on this blog.

Thanks to all those who submitted questions! I am going to… Continue

When my friend Wade, asked me to join him on a training ride in Leadville, I wasn't sure what I was getting into when I agreed to go. I knew it was going to be a long ride and a big day but I don't think I knew how big. 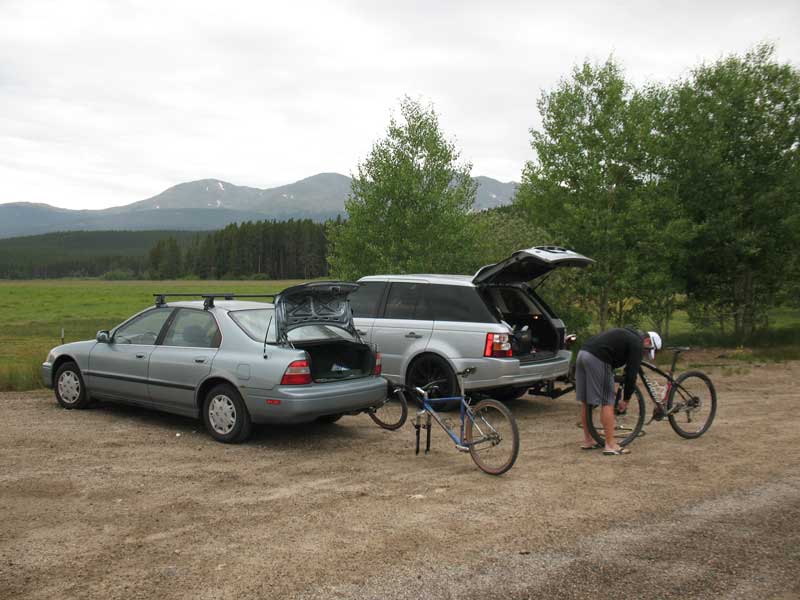 NEO fans and athletes - I hope you've enjoyed the last ten video tips! I will be working on a few new series of video tips that you are sure to enjoy, but while I am working on these swim/bike/run tips, I'd like to introduce a weekly 'Ask the Coach' series. Send in your endurance sport related questions, either by comment on this blog post, on my facebook page http://www.facebook.com/NEO.Endurance.Sports, or by direct email to me at… Continue

Got out on the road bike today for a much needed and hilly road rode.

I started at my house in Pleasant Valley and headed up Fontmore/Filmore over to where it meets Centennial Blvd. I took Centennial North past Vindicator to where it turns into Woodmen Rd. I proceeded down Woodmen out by I-25 and made a right on to Corporate Center Dr. and then another quick right onto Mark Dabling. Took Mark Dabling down to Rockrimmon Blvd. and took that up to Vindicator. Made a left on Vindicator,… Continue

Last week we went over some time saving tips for the swim to bike transition - T1. This week we will discuss the bike to run transition, also known as T2.

It never fails, when we come back from our bike leg in a race, no matter how long…
Continue

(also found on http://bananadeath.blogspot.com)
The Boulder Peak has been around for 19 years. It's a classic race in Boulder with a short, yet challenging climb during the first 7.5 miles of the race. The run course is pretty flat with a few short hills, but it is exposed and it's more often than not really hot. I did the race last year for the first time. Here's my account of the weekend and the 2nd time at the Boulder Peak.

Looks what is going to be here tomorrow 3-7. Stop by and see what all the buzz is about. 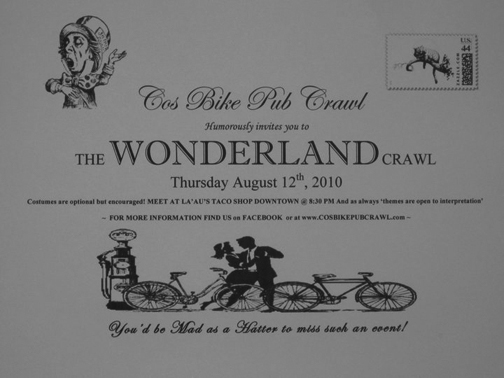 Check out the Artist Previews Album for a look
at photography by last year's People's Choice Award
winner Peter Hamblin! And remember the Deadline
for Entries for ROLL 2010 is 19 July! To request a
copy of the Call for Artists, contact rollexhibit@gmail.com

Looking for a great kids run tomorrow and a 5k for yourself? http://www.starfitkids.org/racepage.html 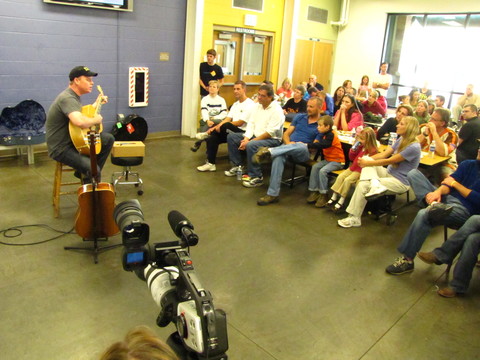 Above: Singer/songwriter Shawn Mullins played for about 100 volunteers after a rain-out of the Freedom From Poverty Community Celebration.…

How to set up an efficient transition - Part 1: T1

The transition is sometimes called the fourth sport in triathlon. Since the clock doesn't stop when we switch from swim to bike or bike to run, we need to make these stops as smooth and efficient as possible. There are many ways to do this, and everyone will have their own individual style, but I will walk you through some basics that will help shave some time off your transition. Wouldn't it be nice to shave two minutes off your race time without expending any…

The best swim of the year!

I've been feeling a bit distracted lately with my training so I've sort of just gone with the flow. I ride when I feel like riding, I run when I feel like running and I swim when I feel like swimming. This has lead to a lot more rest and I've actually gained a couple pounds. So this morning when I went swimming, I wasn't expecting much. Turns out, I've never felt stronger in the water. I could tell it was going to be a good work out as soon as I got in the water. The first lap felt… Continue

New photos from Lee French have been added
to the preview gallery for ROLL 2010! Check them out!!!


It's not as convenient to carry fluid and nutrition on the run (though there are many good products out there to do just that). But if you don't need to carry something specific, then the aid stations will be there to provide fluid and some nutrition like gels and pretzels for the longer races. Even though it seems straight forward to grab a cup of water when you run, you might be surprised at the issues they can cause. Again, you should know what's going to be at the… Continue