A Word About Safety 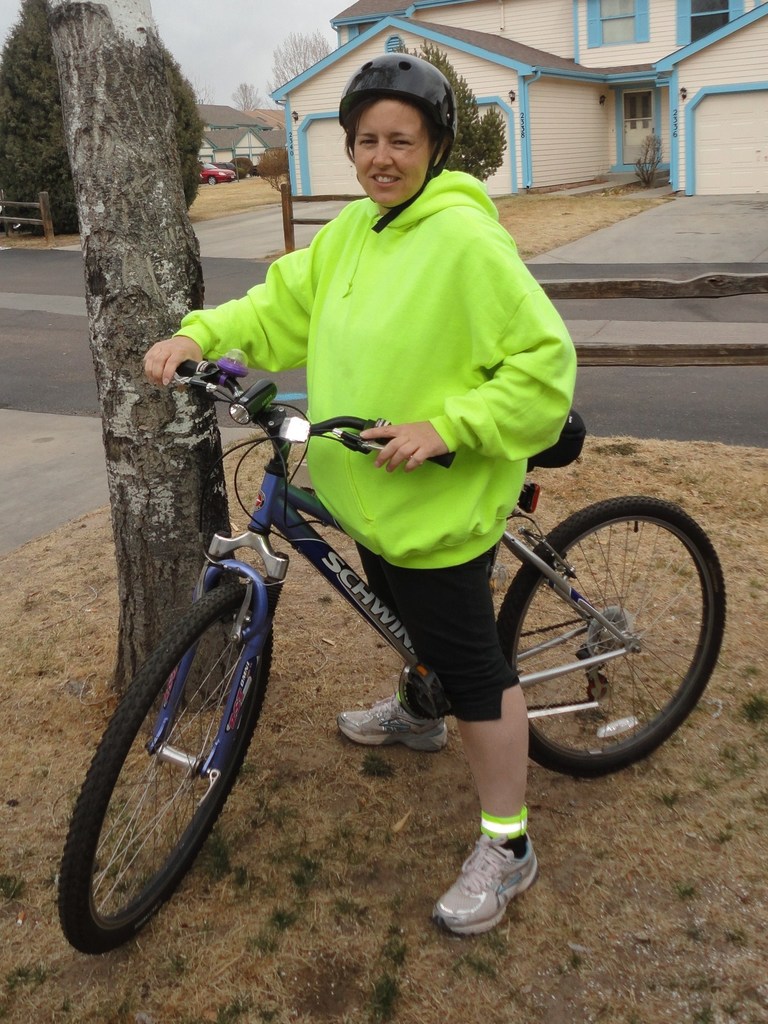 This weekend while chatting with some fellow runners, I discovered some of us are more worried about local wildlife than getting struck by a car or attacked by a stranger.  Whatever your concerns when you're outside running, biking, walking, or blading, there are certain safety precautions we should all be taking.

Here are several I do, but please feel free to add more.

Whether you're running in…

No Break for the Birthday Girl

When my alarm clock went off at 6:00 a.m. on Saturday, March 26th, I hit the snooze, rolled over, and promptly fell back asleep.  However, when it went off again 9 minutes later, I remembered I had race training to do, hit the snooze, rolled over, and fell back asleep again.  When it sounded a third time, I remembered it was my BIRTHDAY, and surely I could take off just this one Saturday and pick up where I left off the following weekend, right?

Since I built my monstercross rig up it's begged the question of how far and where could I ride. It's become the true all around bike my mountain bike used to be. My first 10 years of mtbing was done on 1.9 to 2.1 tires with 2.1 seemingly "way big" at the time. But then again, I was riding it everywhere. To the trails, on the road, gravel roads, and wherever. But with small tires, steeper angles, bigger gears...you could. Now though my mtb has a 150mm fork up front, 39/26 gearing up…

I like to brag that I have never suffered a training related injury, yet I have been injured numerous times in the past several years. Just recently I fell over a landscaping timber during my 5 am run--I wasn't quite awake yet--and I landed on my knee. I suffered a bone bruise that took me out for more than three and a half weeks. Granted, it wasn't an overuse injury, but it definitely came about from running (or tripping, in my case). It probably didn't help that I ran the Moab RedHot 50k… 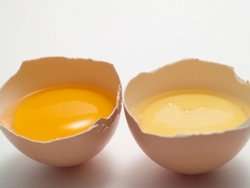 This Saturday at the store is the 2nd annual Trail Days.  We will have vendors from New Balance, North Face, Scarpa, La Sportiva, Brooks and Garmin.  We are doing a run from the store at 9 and heading into Palmer Park for a few miles.  If you are a Quinns runner this run will count for your total.  There will be give a ways and drawings all day long.  Also, Anton Krupicka of NB and ultra running stud will be there to discuss the NB Minimus shoes that he helped develop. …

Just wanted to share some information about BMX racing in Colorado Springs and Fountain.There is currently a BMX race track in the Briargate area called Pikes Peak BMX and also a new track under development in the city of Fountain. BMX serves all walks of life, age, and gender.…

I got there right at 10:00am and no one was there. I started to think, maybe I already missed them. I hung out for a few minutes and people started to show up. After about 10 min or so,… 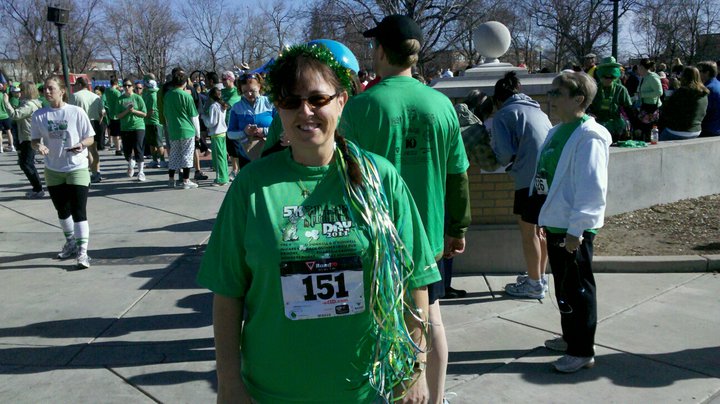 It's been over 36 hours, and I still have not come down from the high of successfully completing my first race!

As a first-time runner, I was skeptical of registering for the St. Patrick's Day 5K in the first place, especially since I've only been training for about 5 weeks.  But after I ran 4 miles at Monument Valley Park two days prior, I knew that…

Ask the Coach - The Beat on Heart Rate Training

Heart rate training is popular topic these days. I've gotten several questions from athletes regarding heart rate training, including one from Julia (aka @swimrjul). She asks, does it really work?…
Continue

New gear review up on UpaDowna.com!!!

One of the biggest hurdles I've had to jump over with my running is deciding where to run.  There are many pros and cons to running outdoors versus running on an indoor treadmill, and over the last several weeks, I've had a healthy taste of both.  However, I haven't decided which is better, because there are benefits and drawbacks to each.

The weather is always an… 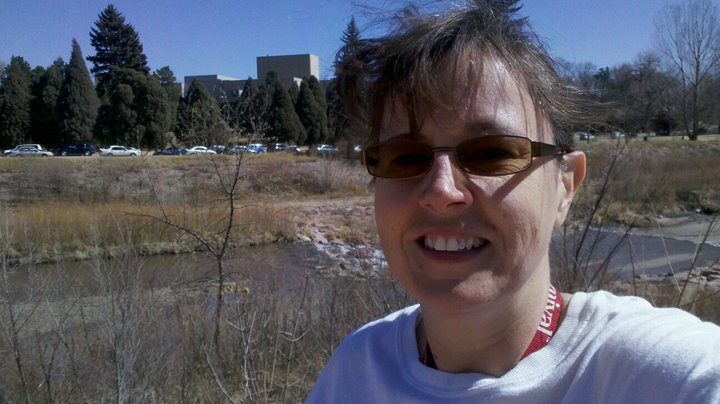 A year ago, if you had told me that I would be running on a regular basis, I would've asked you what kind of drugs you were on.  Running, heck, walking, was furthest from my mind!  I had no interest whatsover in any form of exercise, let alone eating healthy.

However, I had a change of heart in April.  Actually, my mom offered to pay for me and my…

Tandem bike for friend who's lost her sight.

My friend Michelle Abdi from high school recently lost her site due to a rare disease. One of two people in the world to have it at this point. The thing she misses the most? Bike riding.

She is actually in Blacksburg, Virginia...I know a far cry from here...but I think that riding a bike is a great thing and know that finding a tandem bike that is inexpensive for her needs is tough. So I'm reach out to all my networks. She just misses the feeling of riding and has someone…

The lion eats the lamb...

It’s March, for crying out loud.

As a point of explanation, I’ve lived in Colorado for almost 15 years. Add another 3 years in Albuquerque, NM, and I’m pushing 20 years in the mountain west. I’m well aware of the April (and May) snowstorms, and the August cold snaps.

I’ve gotten over my hatred of cold.  Growing up in Louisville, KY, in a time before Polar Fleece, I abhorred the cold.  In ’77 we had 2 feet of snow that shut down our southern town for 3 days – we…

Chronic Fatigue Syndrome: “Taking It Easy” May Not Be Best

Lots of people talk about always being tired, but we don’t often think about those who truly are tired all the time—those who suffer with Chronic Fatigue Syndrome. Most of us are tired a lot because of factors within our control—things like poor diet, irregular exercise habits, irregular sleep habits, handling stress poorly, and over-booking our lives, especially when we commit to activities that do not truly matter to us.

Paradox Sports changes lives. Hell, they even save lives.

Vijay being helped into the canyon by Chad and the group.

I can not describe to you in words (but I’ll sure try) the overwhelming feelings I had this weekend, and give you a little insight into the unbelievable memories that were…

I am hoping that somebody will have found my sunglasses this weekend...I was on the SF Trail and lost them somewhere between North of Baptist Road (but probably closer to AFA) to around the bend just south of Oracle.  I had them on my head and they fell off.  They are prescription brown lenses/brown frames.  :)

Happiness is a Cold Bike Ride

I can't say that I like the cold. Hell it's why I left Minnesota and never really go back unless it's that one sunny month a year they get there. I love the warm, 320 sunny days a year of Colorado Springs. Love wearing t-shirts and shoes with no socks most of the year. I enjoy shopping for sunglasses more than I do cold weather clothing. Cheaper that way too. But yet there is something to be said about a bike ride when the weather is a bit brisk…

Ask the Coach - A Quick Look at Shin Splints

(this and other training tips can be found at http://neoendurance.blogspot.com)

Lucas wrote in this week: How does one sort shin splints- fast?

Lucas is looking for a quick fix for shin splints. Many athletes complain of "shin splints" which is often a general term for lower leg pain. Since the pain is on the front of the leg, it gets equated with the shin. Lower…