If you are interested in working with USA Cycling during a junior MTB camp this June (13-18) and know the trails in the Colorado Springs area very well, send me a message. We are looking for 1-2 ride leaders to help with this week-long development camp with about 23 athletes. For more information on the camp, see the web site at: http://sites.google.com/site/usacrmproject/

Quench your thirst naturally and save your calories for dessert!
Photo: Zsuzsanna Kilian

Food is abundant, yet our country starves for true…

Summit Cycling Productions, in conjunction with the city of Colorado Springs and the Pikes Peak Highway, announced today plans for the inaugural Assault on the Peak bicycle ride this summer. Scheduled for Sunday, August 29, the 2010 Assault on the Peak will provide cycling enthusiasts with the opportunity to ascend America’s most famous mountain. The 18.5-mile route promises to be one of the most challenging in the world for an organized cycling…

After more than five months of training for one specific race, I'm
fairly disappointed I won't be racing Kansas 70.3. My knee issues just
aren't getting any better. In fact, it's gotten worse. It has been
really tough to train over the past week or so, mainly because I kinda
knew I had to make this decision. I worked extremely hard to get to
where I am and now it feels like I failed myself a bit.

I know injuries are part of life, especially running, but it… Continue

My journey to being a cyclist in Colorado Springs

Cycling. It's something that's been near and dear to my heart since I was a child building trails to ride on when I was just 9 years old back home in MN. I guess that's where I started to get spoiled with ease of access to trails. In '87 I stopped riding my bmx bike on trails we made in my neighborhood and started riding my dad's Schwinn Cruiser "5 speed"....big wide handlebars....with the shifter right at the stem for some God forsaken reason. Two years later in '89 I made the biggest purchase… Continue

While preparing for a race that includes open water swimming, it is highly recommended to practice in open water first. But sometimes it's not possible to swim in open water before your race. Perhaps you live in a colder climate and don't have access until Memorial Day, or it's just not practical to get to a body of open water, here are some tips… Continue

No matter how much I dislike talking about tips, I have to do it now because there is no time to write a manual for treadmill running. I'll do it later as a separate chapter for one of the planned books. For now I would like to pretend that it is a short version of it. We prepared a video clip with Severin for our Wednesday's Video presentation, which, together with this article, will give you some insight into treadmill running.

On Wednesday, May 19, cyclists from across Colorado Springs will gather at Old Town Bike Shop, 426 S. Tejon, to ride in honor of those who have been killed or injured while cycling on public roadways. 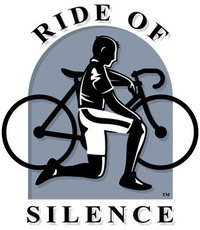 The Ride of Silence begins at 6:30 p.m. The local ride will be part of a world-wide effort to raise awareness about bicycling safety and the rights of cyclists to use our roads.…

Another view on barefoot running?

5 Tips for A Successful Race

Welcome to the first of a weekly series of endurance sports tips from Coach Nicole at NEO Endurance Sports & Fitness! We hope you find these tips helpful!

Now that race season has begun, here are some tips to make sure your next race is a successful one.


1) Know the course. Most races will not only have a map online, but you can usually find… Continue

I Am a Triathlete

Are you interested in participating in the Splash and Dash Series this summer? If so please comment at the bottom of this blog so we can gauge interest!

Good evening! As you know, Lisa Rainsberger and I (Cami Stock) very much enjoyed bringing the Splash and Dash to Prospect Lake last year, and it is our hope to continue…

Here is a recent blog post that Tera Moody did for the NY Times,

Help Me, Help My Friend!

Have you ever had a bad workout? One where you think why the hell am I still doing this? Why do I put myself through this pain willingly? What makes me think I can do all these crazy races? I have these ideas run through my head more often than I would like to admit but the key is to push those thoughts out of your mind and move on.

One way that I do this is to remember one person. This person happens to be a great friend of mine and…

From October to May

Apparently, I've come a long way since October 3rd, 2009. I've decided
to break down my results from the Falcon Groundspeed triathlons and see
exactly how I improved 17:59 over 7 months.

Having done this triathlon last October, I pretty much knew what to expect coming into this morning. I ran through my race plan the night before and was pretty sure I had everything ready. I went to bed early and wasn't nervous at all, so I slept amazing. Apparently, I didn't set my alarm, but still managed to wake up around 6:10, so I still had plenty of time. I made a strawberry shake and brought an orange with for pre-race fuel.

I got to the Academy and setup my transition spot.… Continue

The British Invasion all over again 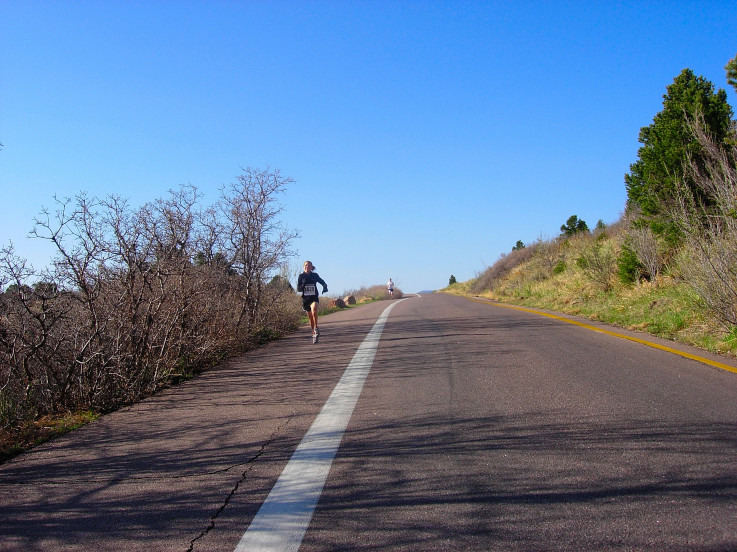 Snooping around on the Internet on the eve before the Take 5 in the Garden road race.

For those of you who are into times and distances (I obsess about them) here are the records for the Take 5 race, according to the Pikes Peak Road Runners.

The Brits hold both the men's 5-mile and 5K records.

Wednesday August 6 2008, Edgar Juarez (better known as E.J.) and Jayson Kilroy were doing what they loved to do best, riding their bikes, when there lives were tragically cut short.

While driving her truck with a restricted license, under the influence of prescription drugs, and without her corrective lenses required for…