Running has taken over my life to say the least.  If you have been following my story you will know that I have lost  34 pounds and can run 15 miles on…

I put together a YouTube video of my run/hike to the top of Pikes Peak.  Enjoy!

This past weekend I completed that first unofficial attack pack double in 14 hours and 12 minutes.  I say unofficial because it is something I made up in my mind while on a Tuesday morning run with the attack pack.  The midnight pony (15 mile run around Rampart Reservoir at night) was coming up and Ramsey said that before hitting the trail he would of already biked a bunch of miles and swam as well.  He knew he was going to be tired but was still going to do the run.  I then said I was…

Wow how time flies.  I can't believe that the Ascent is just two and half weeks away.  Actually I can believe it.

I started training for the Pikes Peak Ascent in December of 2016.  Why so early you ask? I started my running career in January of 2016 and weighing 206 lbs. January to December I made huge strides in improving my running and getting into shape losing 26 lbs.  However I was primarily running flat terrain and not very much trail. I knew I had a ton of training to do to be…

I often find myself with writers block.  I have decided to venture into vlogging my running activities.  These videos will be  raw and real with very little editing.

Love Hate Relationship with the Incline

Why does everyone love the Incline?  To my readers please answer this.

As you can see I dislike the Incline more than I love it.  Just the other day the attack pack running…

I Get to Run In Colorado Springs, CO!!

Now I know I am biased because this is where I started my running career, but I am spoiled.

I was just on vacation in western New York, Bemus Point to be exact, and the humidity just kills me.  I had to go out on runs at 6am and five minutes into the run I was soaking wet and miserable. 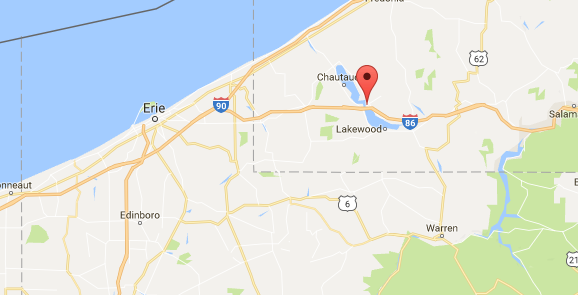 I needed the miles so I trudged on not really having any fun.  Last year while…

Lions Runners and Bears Oh My

No lions on the course this year for the Garden of the Gods 10 mile and 10k, but there were plenty of runners and one bear.  I did not witness the bear on the course but Don Sanborn snapped some pictures and those pictures went viral. 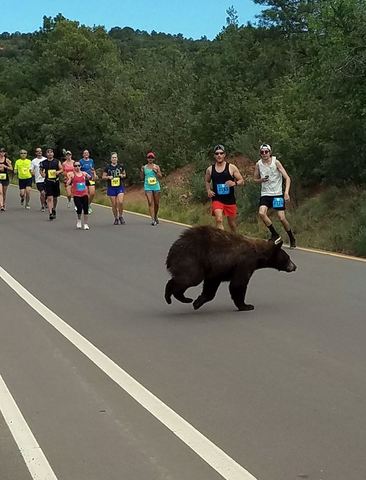 Thank you to the bear that wondered out on to the course and helped make the Garden of the Gods race world famous.  Each day I am seeing…

My First Race - The Rescue Run

Are you new to running?  Let me tell you that first 5k is going to hurt!!  That pain is just a blip on the timeline and is very short lived in the grand scheme of things.  So, get past that hurtle and keep running, it gets easier and the pain is less. I say less as the pain you endure is based on your current physical ability and how hard you push yourself to get better.

Can you find me in this picture?  Look for the overweight ginger.  Still have not found me?  I am on the far left wearing the Bills shirt that is an XL and barely fits me.

Well to be honest it does not fit me!!  That was me at 206 pounds and completely…