Can you find me in this picture?  Look for the overweight ginger.  Still have not found me?  I am on the far left wearing the Bills shirt that is an XL and barely fits me.

"How and the heck" does an overweight 40 year old go from not being able to run a mile, to successfully completing his first half marathon in February 2017 and set goals to complete the Pikes Peak Ascent and the ADT Marathon in 2017 as well?  Well let me tell you all about my journey and share what I have learned.  I hope it is inspiration for others.

This all started because my wife, Shae Comstock, and I met up with Vanesa and Andy Shawver for a beer or two or three.  Vanessa asks, "Want to join a running club?"  My wife and I look at each other and say why not.  So we signed up for the Brewers' Cup.  We had no idea what we had just signed up for.  We got home that evening and checked out the Brewers' Cup Facebook page and we quickly realized that we had just signed up for 38 races for the 2016 season!!!  We both looked at each other and asked ourselves "What the F&^% did we just sign up for?" We thought we were signing up for a run club similar to Jack Quinn's and not 38 races over the 2016 year.  We both ended up talking ourselves into running all 38 races and became team members on the Peaks N Pines team.

The first race, Rescue Run, was on January 1, 2016 and was a 5k.  I had one week to prepare for the race.  I owned nothing running related.  I had a pair of gym shoes and that was it.  So, I did the only thing that I knew to do.  Just get out and start running.  I started by running a lap around my neighborhood that was 1.5 miles each day during that week.  I figured that would be enough to get me through 3.1 miles with a goal of completing it under 45 minutes.  I did get through the Rescue Run and will share that story in another post at a future date. 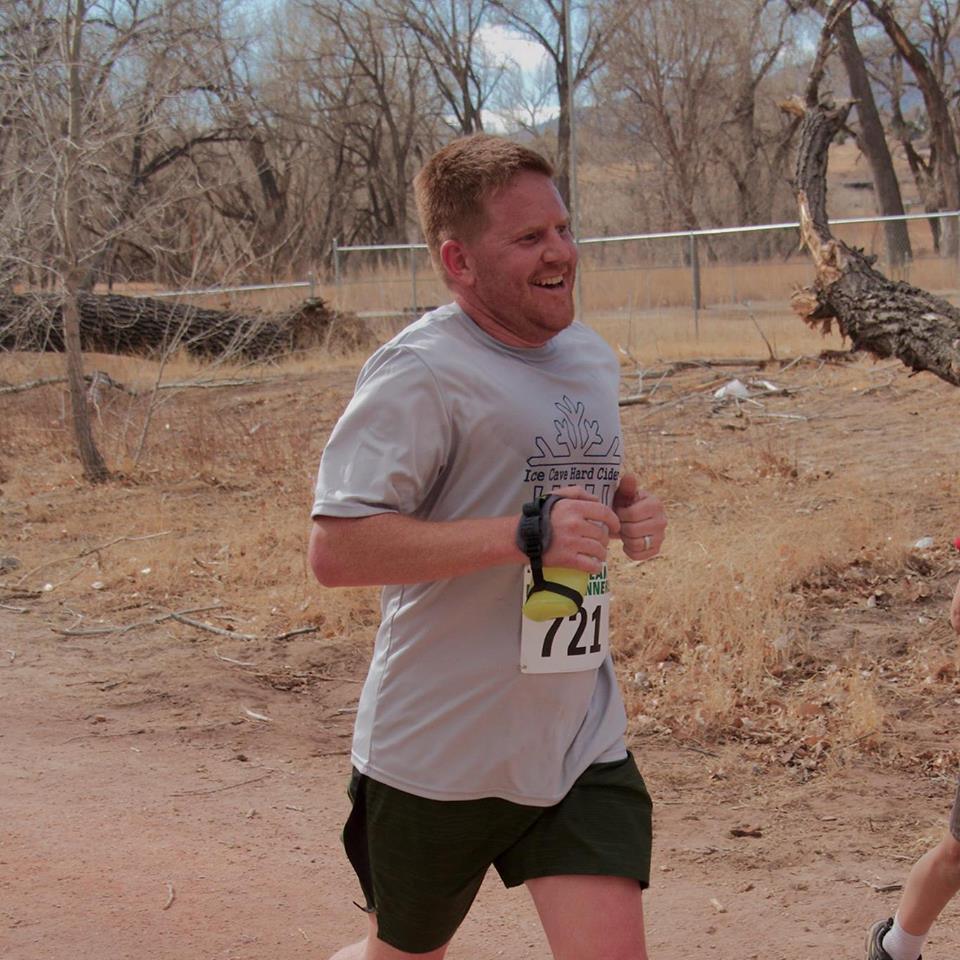 1.5 miles around the neighborhood were the first miles I logged. Those miles are what have essentially led me to being able to run 13 miles at a time and logging anywhere from 20 to 30 miles per week. Those drinks with Shae, Vanessa and Andy led me down a path of losing 26 pounds, completing a half marathon and signing up for all the Brewers' Cup races, the Pikes Peak Ascent, Summer Round Up, Garden of the Gods 10 miler and the ADT Marathon.  I think that those are pretty ambitious goals for 2017 and will help prepare me for 2018 goals of quicker times and completing an ultra.