My First Race - The Rescue Run

Are you new to running?  Let me tell you that first 5k is going to hurt!!  That pain is just a blip on the timeline and is very short lived in the grand scheme of things.  So, get past that hurtle and keep running, it gets easier and the pain is less. I say less as the pain you endure is based on your current physical ability and how hard you push yourself to get better.

The Rescue Run (5K) on January 1, 2016 was my first ever race that I signed up for.  It only took me until I was 41 to start running.  Well let me take that back.  As a kid, I played competitive soccer until my sophomore year of High School.  I guess I did a bunch of running then, it was just around the soccer field.  I joined the wrestling team my sophomore year and wrestled through my senior year and we did some running back then as well.  Then I took the next 23 years of my life off. 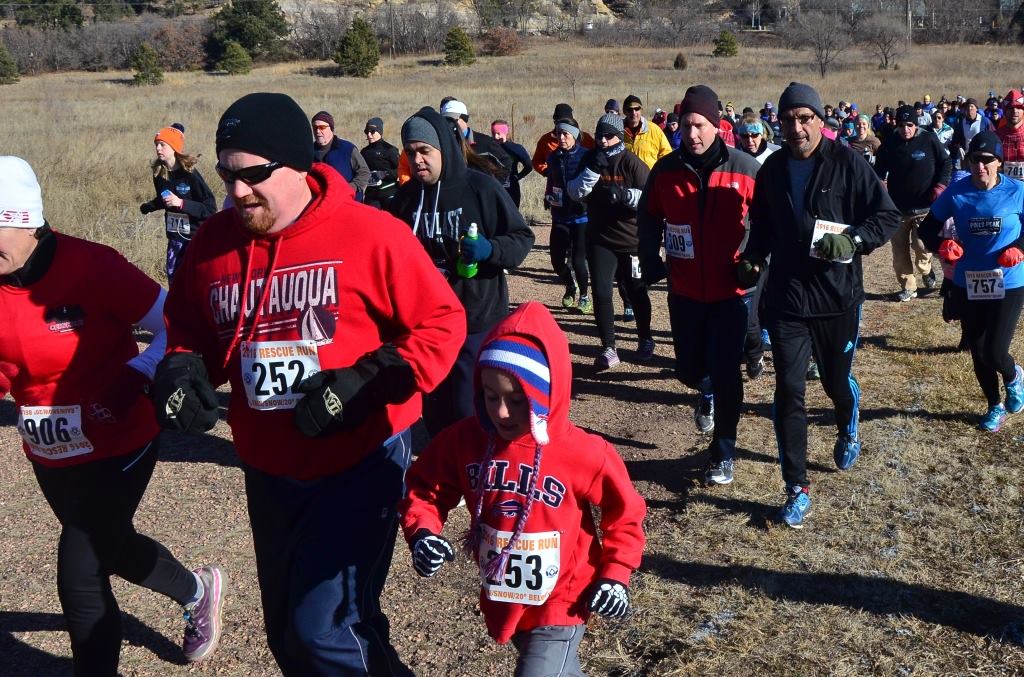 My goal for the Rescue Run was to run it under 45 minutes. That was 15 minute miles, definitely doable. I remember starting and feeling good, but then I hit that first hill.  I could barely run it and had to walk a good portion of it.  Once I got to the top it flattened out and was an out and back.  Then all the uphill was downhill and I made it back to the finish line feeling good.  I had crushed my goal.  I completed the race in 35 minutes and 21 seconds.  11:24 miles, not too bad for a 41 years old that was out of shape.

Now about the hurt!!  I got home and was laid up in bed the rest of the day.  My legs were killing me.  To the point that I was having difficulty walking and it kept me awake that evening.  For the next three days it was hard to get around.  Every muscle in my legs just hurt.

I want to leave you with this.  If you are thinking about getting into running, it is going to hurt at first. That hurt goes away though as you train and get into better shape.  Your muscles will strengthen and running a 5k will be a cake walk.