It's Time to Celebrate!

What an amazing day! Yesterday I attempted one of the most difficult things I've ever physically done before....The Pikes Peak Ascent (a half marathon to the top of Pikes Peak, ending at an elevation of 14,114 with 7,815 ft. vertical gain).

I've been training for this race for the past year. Literally.

And I was chosen to represent PikesPeakSports.us as part of their purple…

As the Ascent is now just a week away, CJ and I decided to get some more high altitude training in before the big day.

CJ heard the Rocky Mountain Mennonite Camp offered an A-frame you could rent near the Crags.  He booked us a night there last night.  It was rustic but nicer than we…

It feels like I have been training for the Pikes Peak Ascent since last Fall.

First, I had to qualify by running a half marathon.  I trained last fall and ran the Denver Rock 'n' Roll Half Marathon last October.

From there, I have had my eyes fixed on one main goal....finishing the Pikes Peak Ascent August 16, 2014.  I can't believe race day is just a week from tomorrow!  Wow!

When training for a big…

Keeping my eyes on the goal...

The Ascent is less than a month away.  After my training run to Barr Camp last week, I now have more confidence I can finish the race in the cutoff time.

I usually set three goals for big races:  one I should be able to meet, one that would stretch me a little, and one that is my BIG goal.  Here are my goals for the Ascent:

I made it to Barr Camp...FINALLY!!

I've heard about going up to Barr Camp for years now.  It's a very common training route for those getting ready for Pikes Peak Ascent and Marathon.

But, until today, I had not done the full route from base of mountain to Barr Camp.  I did take the cog once last year to Mountain View, stopped by Barr Camp en route to the Peak.

With the Ascent less than 6 weeks away, I have to admit I'm starting to get a little nervous.

Not finishing in the cutoff time and therefore not officially finishing the Ascent.

Although I am NOT fast, I am in pretty good shape right now.  Even with power hiking most of the course, I think I should have no problem finishing in the cutoff.

However, there are a few things that could happen.…

As the Pikes Peak Ascent race is just over 6 weeks away, I decided to spend some time on my race strategy this week.

I first looked at the course on the Pikes Peak Marathon website.

This map shows the mileage, elevation, and aid stations along the race…

When I applied to be part of the PikesPeakSports.us Triple Crown team, Tim Bergsten mentioned there would be instant celebrity wearing the infamous purple and gold singlets of the team.

Little did I know how this would be true for me.

After finishing the first race of the Triple Crown, the GOG 10 miler, my friend Kristina Tabares informed me…

I read the book, "Essentialism: The Disciplined Pursuit of Less" by Greg McKeown this past weekend.  It is more of a business book, but really got me thinking about life in general.  He talks about how we often get caught up in doing so many things, we aren't really effective at any of them.

He also talked about the importance of play.

Yes, you read that right.  Play.  All work and no play is actually not good for us.

I was thinking of this…

What kind of runner are you regarding injuries? 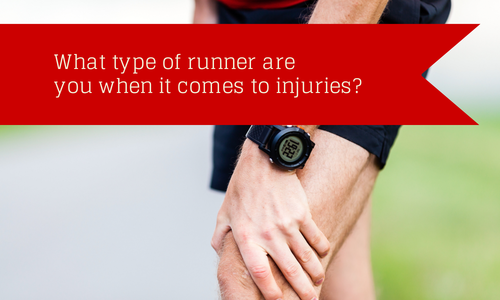 They happen to even the best of runners. However, how do you respond when injuries come your way?

1.) Ignore the pain and continue to run through?

2.) Listen to your body and allow yourself to heal?

One Way to Celebrate Your Running Accomplishments

Whether you are winning your age group or simply finishing a race, I believe it is important to celebrate your accomplishments.

Lately I've been thinking about this as we have an entire fireplace mantle FULL of my husband's running awards.  He is a gifted runner and works hard.  I am very proud of all he has accomplished. 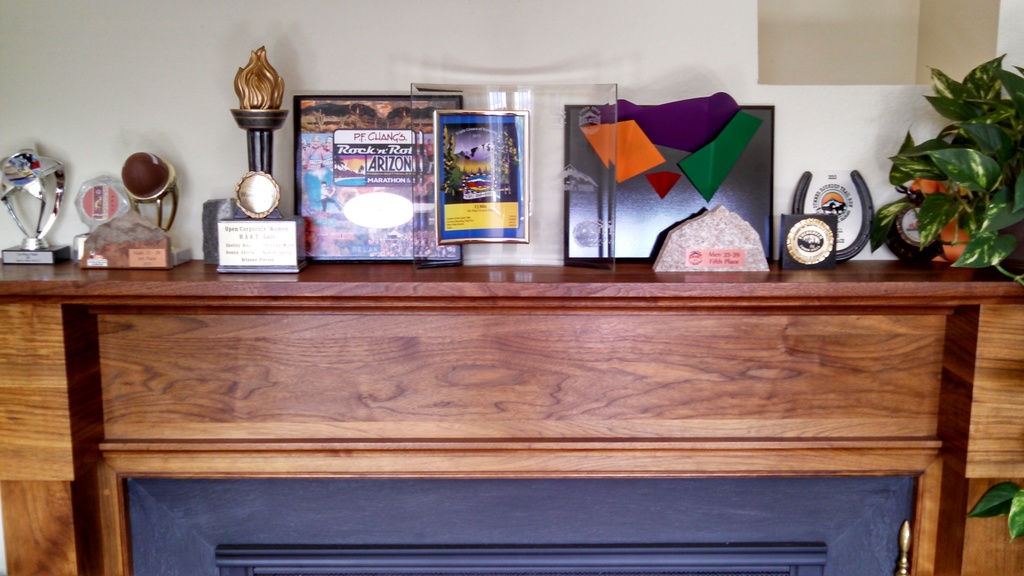 What is the #1 key to running faster and reaching new PR's?

I recently asked my running friends this question and here were the replies I received...

When Racing, Should You Run By Pace or Effort?

Someone asked me this week at the BRC Wednesday night group run if I wanted to run the Garden of the Gods 10 miler for a certain time. Since I have been running the course, I do have a general time in mind that I will aim for during the race.

However, it got me to thinking about this question:

When racing, should you run by pace or effort?

For me, it all depends. Previous to this past year, I ran mostly road 5k's. During…

Inspiration to Run Another Day

Although I have run in some capacity for the past 21+ years, I have NOT consider myself a serious runner. I did some training for a half marathon in 2010; but until I decided to try to qualify for (and finish) the Pikes Peak Ascent this year, I was not running very consistently and definitely was not doing any long runs.

However, once I found out I was chosen for the PPS…

Sometimes You Have to Run Scared

Running can be a very mental sport.  Those who finish races usually have some degree of mental toughness.  There are many barriers you have to push through and obstacles you have to overcome in order to succeed in running.

This week I had a major mental obstacle to overcome leading… My husband (and coach), CJ, has told me for months that a hill workout is similar to a speed workout. Hill training is great for your lungs and your legs. As I plan to do a couple of hilly races this summer and one race with one very big hill (the Ascent), I realize hill workouts will become a regular…

3 Tips to Prepare for a NEW Race

As part of the PPS Triple Crown team, I will be running three tough races this summer...

A Few Lessons from a "Middle of the Pack" Runner

However, I tend to be more of a "middle of the pack" runner.

It is in this "middle of the pack" where I am joined by so many. And with a lot of hard work, I am improving. Honestly, I…

So Happy to Be Back on the Barr Trail

Last year I hiked several times on the Barr Trail, whether it was hiking back down from the infamous incline or actually hiking to the summit of Pike's Peak.  This year the Barr Trail has a much different meaning to me as I will be running in the Ascent.  Well, I'm not sure I will be running...it might be more of a power hike most of the time. ;)

However, between now and race day on August 16th, I'll be spending a lot of time on this trail.

7 Reasons I Run in Races (And They Don't Include Winning)

I will be honest. I am a "middle of the pack" runner. Granted, as I have gotten more consistent, I have improved. However, I don't know that I'll ever win a race and very rarely will I place for my age group (especially while living in Colorado Springs with so many fast runners).

Now, don't get me wrong. I love to win. I'm not super competitive when it comes to sports, but I do like…