Summertime: The Magnificent Seven and the Epic BBQ at Altitude

I'm not a Colorado native. So as a North Carolinian by birth, who claims the mountains of Asheville as my first real "home", the word summertime conjures up warm east coast memories. Memories of firefly shows in a meadow at dusk, testing my bravery on a rope swing that drops into a cool swimming hole, hunting berries- black, red, and blue on Black Balsam Knob, and leisurely tubing down the meandering Davidson River. Later in grad school, summertime in Johnson City Tennessee (apart from all the studying of course) became street festivals, regular grill-fests at a classmate's house, and Polish Horseshoes- the greatest game ever to involve PVC pipes, beer bottles (both empty and full), and a frisbee. Fantastic times indeed!

While these experiences will always be synonymous with summertime, my arsenal of seasonal memories continues to grow now that I've made Colorado home. So far, summer in Colorado has been largely defined by some fantastic trail running, partnered with unreal cool down sessions in an edgeless pool that overlooks the Garden of the Gods. 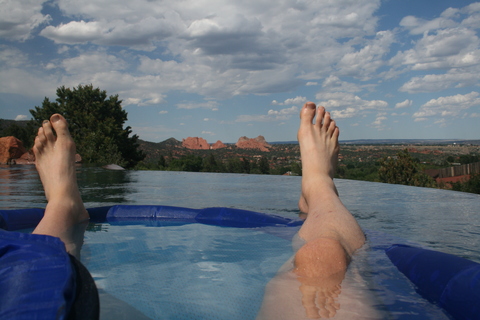 Well let me tell you the story of my most recent dog day adventure, thanks to the mastermind behind the run to Cripple Creek. It's the tale of a barbecue at altitude -11,820 ft to be exact. The plan, as most all great plans are, was equal parts spontaneity, uncertainty, and ingenuity, tossed together with a little risk, and great reward. But what really sold it for me was the advertisement by Sean OD and Amanda E:

"So let's just say a full-sized grill suddenly appeared on the grassy knoll at Elk Park. Wouldn't it be freaking awesome to run to Barr, up to the summit, catch a ride back down and enjoy some cooked meat and beer as the clouds build? Heck yeah!  I'm not sure how the toll road people would take to seeing a full-sized grill in the back of a vehicle, so let's just say this is all completely 100% hypothetical."

Sure is a convincing argument isn't it?! Well apparently I wasn't the only one intrigued by the idea. When the day finally came, a "magnificent seven" would bring this concept to life (Alex N, James K, Marc P, Amanda E, Brandon S, Sean OD, Adam W). The 11ish miles to the summit came with varying degrees of difficulty that coincided with waxing and waning spurts of energy. We'd find ourselves falling into different paces along the way, only to periodically meet up again at the obvious landmark spots, namely Barr Camp, A-Frame, and ultimately the Summit herself. And despite the overwhelming hoard of Cog Railwayers and commuters at the top, rather than detract from the accomplishment, I found I was evermore appreciative of the ability to summit by sweat.

Once on top of the peak, there was only a momentary pause to refill water bottles before Sean OD was pushing to make the trip down the other side to Devil's Playground. Opting for more miles rather than hitching back, especially since they'd be "easy" downhill miles, I decided to tag along. Well what's that quote? "The best laid plans of mice and men often go awry?" To make a long story less long, Sean and I started true, but after catching a glimpse of the car in the distance, decided we could find our way back to Elk Park without an established trail. Well after two hours of boulder, talus, and scree scrambling, not to mention some underbrush bushwhacking, we finally arrived at our destination. 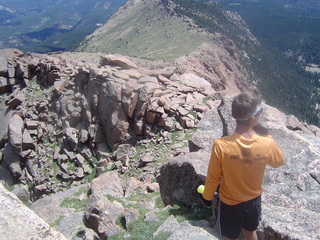 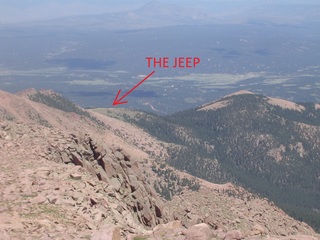 Unsurprisingly, we found the rest of the crew already there (along with a few others we'd met at the top) and thankfully everyone was in good spirits- despite our delayed arrival. After a quick reunion and some celebratory beers, there was one thing left to do...get the grill and FIRE IT UP!

But again with that "best laid plans" thing, we soon encountered another obstacle. Now I'm no physicist or chemist or even a grill master, but from what I gathered from those in the know was that the propane was entering the grill at a disappointingly low pressure, resulting in very poor heat production (perhaps because of the elevation?). After a tense hour or so (although I use the word tense very loosely as a Swedish lawn game was being played, PJ the dog was acrobating, and beers were being imbibed), during which many questioned if and when meat would in fact be eaten, we finally got the grill to a sizzling 275 degrees F. Not great but good enough- which sometimes is just as good. In the end, burgers, brats, and even a couple pork carnitas were had and all was right with the world again. 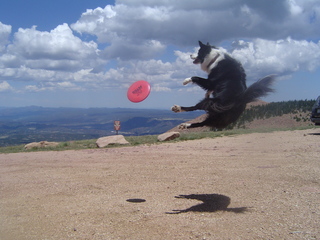 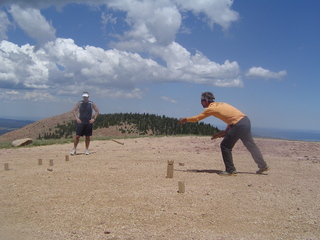 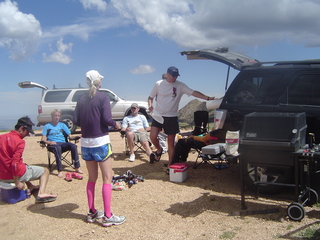 And so it was that the "magnificent seven" had their epic barbecue. So just you remember this tale when you're up on one of Colorado's 14ers and you think you're going crazy because you smell the sweet smell of a tailgate party. It's not your mind playing tricks on you. Why, it's just another BARBECUE AT ALTITUDE....FIRE IT UP!

Comment by Brandon Stapanowich on August 2, 2011 at 8:57am
Thanks Aaron and Brian!

Comment by Brian McCarrie on August 2, 2011 at 7:35am
Another awesome read Brandon. I've been in Colorado for almost 20 years and I've never had a BBQ at altitude. Sounds like a great day.