Saturday was the 2nd annual Ponderous Posterior: the culminating event of Colorado's Fat Ass 50k Series (three off-season trail runs with earlier gatherings in Boulder and Fort Collins). The defining (and best) feature of these "races" is the absence of entry fees, age group categories, formal awards, or any semblance of a race lottery. Instead, just an abundance of great trails and an opportunity for some friendly competition with some of the best runners in the state. Oh, and also lots and lots of beer, but that goes without saying! 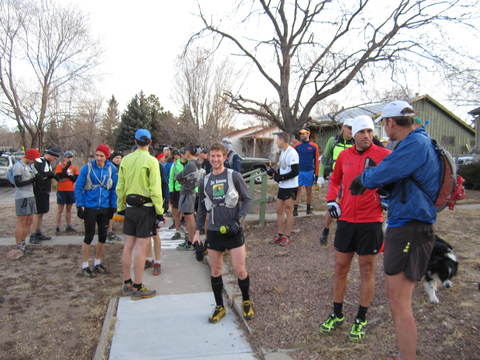 [gathering before the start]

JT's place (also the site of the Krispy Kreme Challenge) once again served as race headquarters for runners who embarked on a clockwise route that linked Red Rock Open Space, the Intemann Trail, Red Mountain, the Incline, Longs Ranch Rd, Waldo Canyon, Williams Canyon, Rampart Range Rd, and finally the Garden of the Gods; a scenic course that truly showcased the terrific trail variety on the west side! 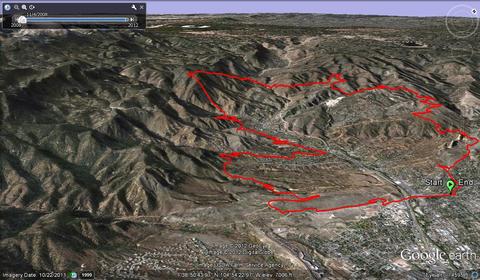 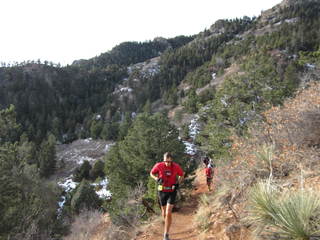 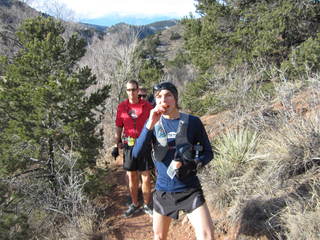 Last year's Ponderous Posterior was my introduction to the close-knit trail running community in the Springs as well as in Colorado. This time around, a neophyte no more, I proudly contributed as both route marker and tour guide for this extensive network of trails in my backyard. The Tallyhos in their entirety (Brendan T, Mr. Goetz, Carson R, Aaron M, Dakota J, and Stephen Y) also made the trek down to run and I was happy to host a group reunion over the weekend. 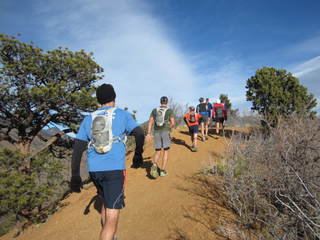 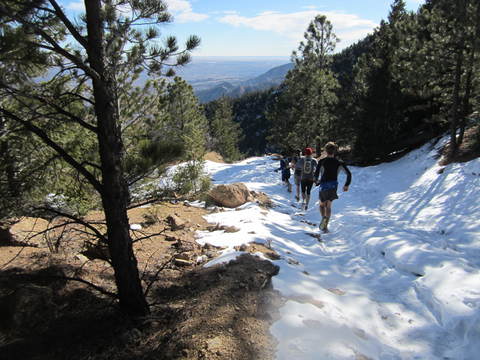 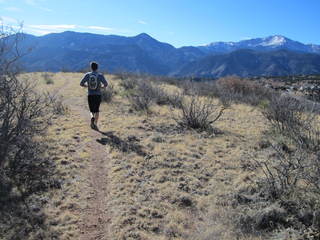 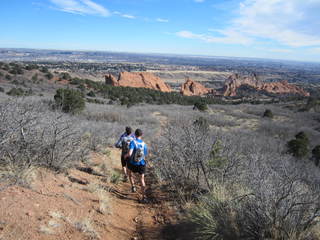 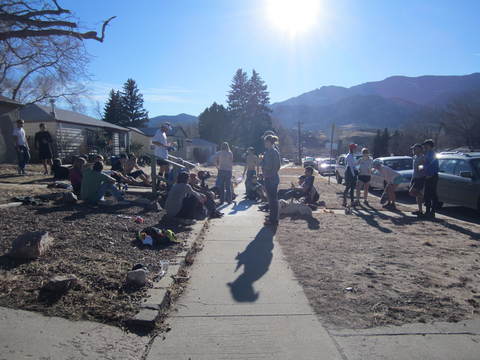 And while it's not clear who came in with the fastest time (and no one really cares), what is certain is that Colorado really needs more of these opportunities for folks to come together to celebrate awesome trail running. Luckily, Durango and the newly formed South CRUD will be hosting the first annual Phil's Five Hour Fat Ass on February 4th to coincide with the Snowdown Festival. Can't wait!

Comment by Jill Suarez on January 15, 2012 at 9:29pm
That map sure makes it look smaller ..can't wait to see next years route .. JT and Anton have quite a devils playground to work with in making this ponderosa a fun 50k

The Laughing Lab keg was a refreshing site amidst all the PBR! Did I hear it was courtesy of CRC?