January 7th 2012: one down, eleven to go. After nearly 6 hours of time on feet, I discovered that running Pikes every month may be more difficult than I initially thought. While it's clear I left my 14,000 ft legs and lungs in 2011 and my pace left much to be desired (especially after last August's performance), it's not the conditioning that worries me. No, I think the real challenge, at least initially, will lie in the logistics of grappling with fickle weather patterns and trail conditions. 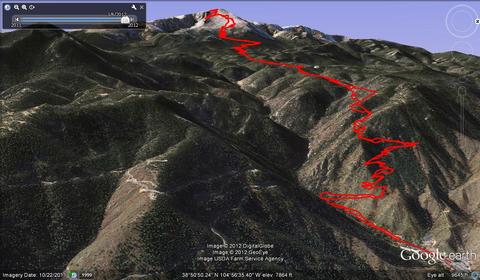 Fortunately, a relatively warm week preceding Saturday's adventure offered a nice window to check January off the list. While I planned on soloing, it was great to see some fellow CRUDers also out on Barr (Dave, Kris and Ginseng, Steve and Chewy, Rich, John). Running into Steve happened to be a critical aspect of the journey as I unintentionally left my camera battery, fully charged of course, sitting in its holster at home. Steve, who I learned, is also planning on Piking every month of 2012, graciously lent me his camera to document the trip. He and I ran for a couple hours together discussing future joint Pikes Peak efforts (including a potential summertime night run which has me really excited!) as well as our respective race calendars. 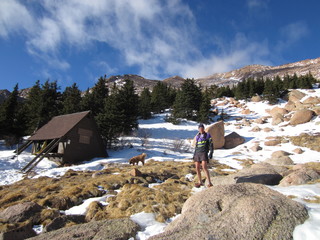 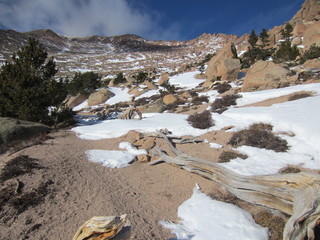 After reaching A-Frame, I got advice on the best way to reach the summit and we parted ways (Steve already did his January jaunt on New Year's Day). I stayed on Barr until the Inestine Roberts Memorial Plaque, at which point the now cumbersome trail, riddled with nasty ice patches, necessitated over an hour of good old fashioned talus and boulder scrambling. Though I've climbed America's Mountain a number of times, I'd never had it to myself like this before. 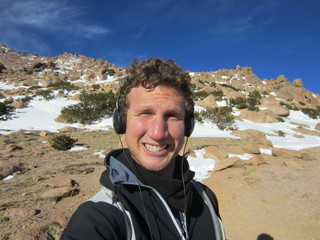 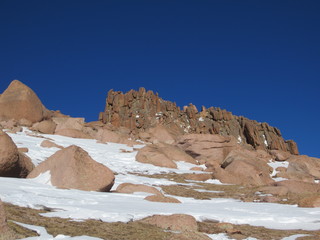 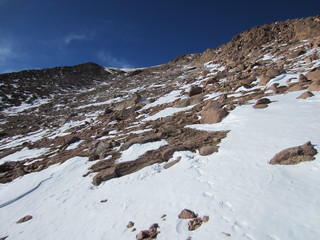 The word from Meredith (interim Barr Camp caretaker) was that the Summit House was closed and no trains were making it to the top due to issues with the plow. After a laborious climb, I realized that a) I'd better get down quick as ominous clouds were rolling in, and b) that I wasn't the only one up there. Apparently the road was still open as I did see a lone pair of tourists hop out, snap a picture, and make the return drive down. 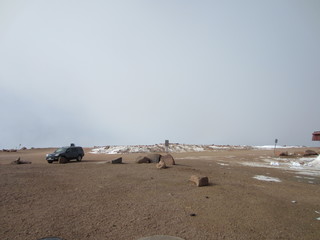 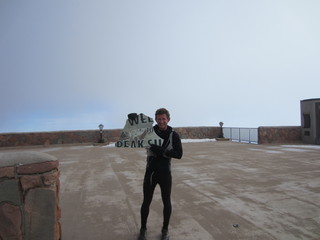 Like always, the run down from Pikes was incredible. Being able to breathe again, in combination with the fact that you're cruising faster in the 4th and 5th hours than you've gone all day is an amazing feeling! I had a couple stumbles and earned some bloody knuckles after a scuffle with Bigfoot but I made it down in one piece. See you in February Pikes! 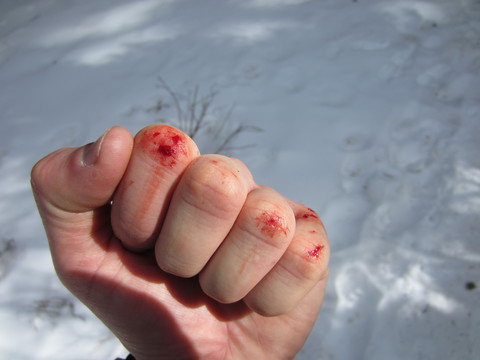