Pikes in July and a Fancy Training Algorithm

Sometime during a 6.5 hour Leadville scouting run Saturday, I convinced myself that taking care of the monthly Pikes trip the following day was a good idea. With the goal of more time on feet and Charlie Brown by my side, in actuality, it wasn't bad at all.  There were a handful of moments early on though that I began thinking about my training plans (or lack thereof) that got me into situations like this, oftentimes with little forewarning or preparation. 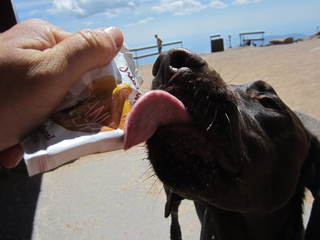 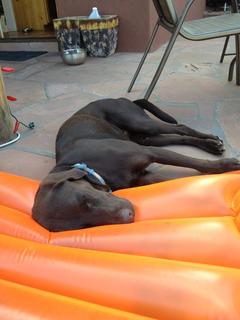 You see, Monday through Friday, during the working hours, my life is ruled by schedules and structure. Excrutiating attention to detail is allocated to what time I begin seeing a child, what time I send them away, and what interventions were performed in betweeen. Treatment schedules are laid out months in advance. Evaluations and discharge summaries must be dictated by certain deadlines. Re-evaluations are required to be performed periodically and visits must be tracked for insurance reauthorization. Every Friday, productivity numbers are turned in summarizing the week's success. I do these things (admittedly some days better than others) because in spite of all this structure, I have a lot of fun and I find value in what I do.

With that said though, I've discovered that while my job, like many others I'm sure, is governed by schedules, my approach to training is with a very different mindset. Ask me how many miles I ran in a given week, my productivity so to speak, and I may not be able to get within 20 miles of the actual number. Ask me about training for the upcoming week and I can say with certainty that I'll be doing "something big Saturday and/or Sunday" but that's about all I can offer. Where, how big, and with who that "something big" will be done with is often not determined until Thursday evening at 9:24 pm at the earliest.

I wasn't always this way. My road running and triathlon days were strictly regimented with mileage and pace goals. Life was outlined in 16 week programs. All workouts were religiously detailed on the calendar and heaven forbid a workout was missed. Granted, following such a formula produced pleasing race results and I will say that at that time I found comfort in knowing exactly what I'd be doing weeks and months in advance. Plus, I was led to believe that following such a plan would lead me to my best possible performance. But there are many ways to have a great race or racing season. It all depends on how you define "best".

So when, why, and how this shift in mindset occured is anyone's guess. Personally, I'm convinced there's something in the Manitou Water. In any case though, my "training plan" is now largely regulated by how I feel on a given day or week. Pretty simplistic right? Feeling good-push the mileage and time on feet. Feeling tired/injured/burned out-rest (See figure 1.1).

Ultimately, I realize that this plan relies a ton on subjectivity and may perhaps be overly simplistic for some. But I believe that oftentimes the simple things are best. It's taught me the importance of adaptability and has offered the freedom to go on some amazing trips to Marble and Crested Butte, embark on an attempted Nolan's 14 and then rendezvous with the Grand Canyon the next day. All the while, still allowing me to perform relatively well at San Juan Solstice. Now in the final hayloading weeks ahead before Leadville, the training motto remains "Don't Worry Be Happy."