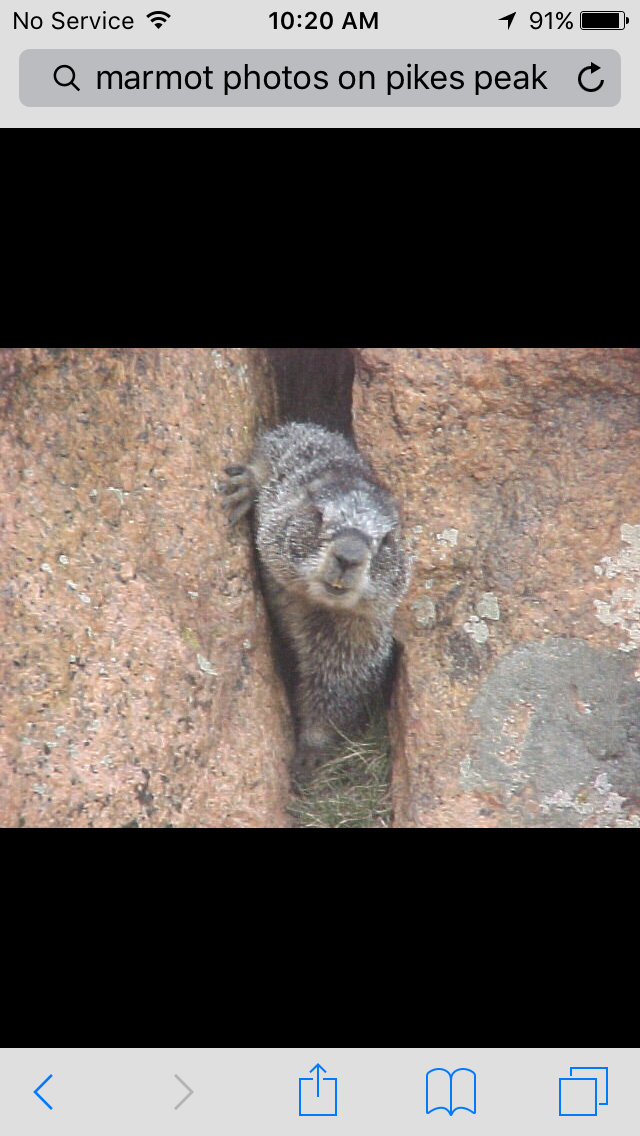 Sheer panic overtook me as we drove to the top of Pikes Peak for our Ascent training.  It was absolutely irrational and I am not sure where that fear came from.  I literally covered my face and sobbed while Dave very safely drove us to the top of Pikes Peak.  Needless to say I spent the five mile hike down trying to figure out where that panic came from.  I was actually feeling thankful to Pikes Peak Sports for asking me to blog so I could spend my time hiking down trying to figure out what I’d write about as I sorted out the racing panic that overtook me during the drive up.  Needless to say that was the biggest challenge to our 10 mile training jaunt.  Who would have thought the drive up was so much more challenging than training at altitude.  I practiced every relaxing yoga breath that I had ever been taught, which I have passed on countless times to my patients.  There was nothing I could say to myself to calm my nerves.  I really think my craziness started with the birth of my priceless children, Jessica and Josh, as I just cannot imagine not being there for them as they are growing up.  Needless to say, Dave was calm and supportive as he pulled into the parking lot on top of Pikes Peak and had to have bit his tongue from saying what in the world just happened to you….. 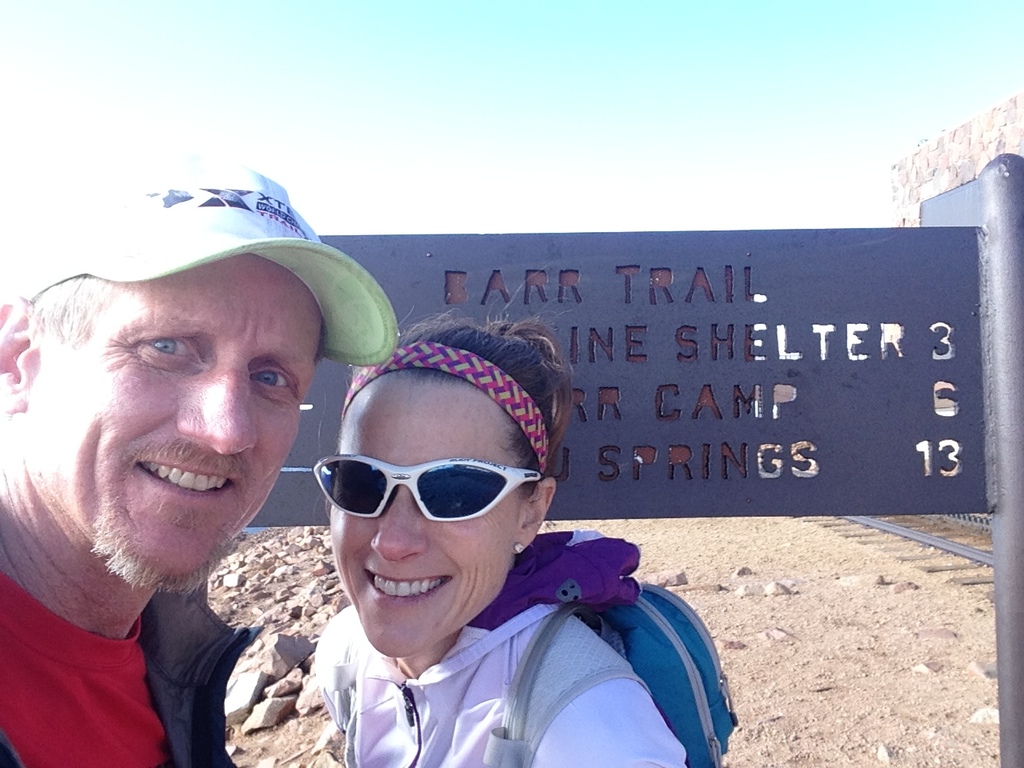 As we headed down the trail I felt kinda shaky at first trying to let go of my panic attack from the drive around the windy steep road which is void of guard rails way too often.  I seemed to get my rubbery legs under me in about 10 minutes when I was thrilled that I was not really feeling the altitude at 14,000 feet.  I started to feel energized as folks were coming up when I was going down.  I asked one group when they started and they had hiked all night – crazy.  Then I saw and heard the marmots.  I don’t know how to admit this, but I just figured out why our Pikes Peak Sports Team is called the Marmots.  Yes somehow I forgot about the marmots at the top Pikes Peak.  I last climbed Pikes Peak 14 years ago when I did the Ascent when I was just barely pregnant with Jessica.  In fact, I waited to take the pregnancy test so that I would not talk myself out the race.  I have been to the top a few other times to cheer on Dave and Susie during the Ascent and Marathon, but had forgotten about the Marmots.  They chirp which is quite funny.  I took these pictures off google of the Marmots. 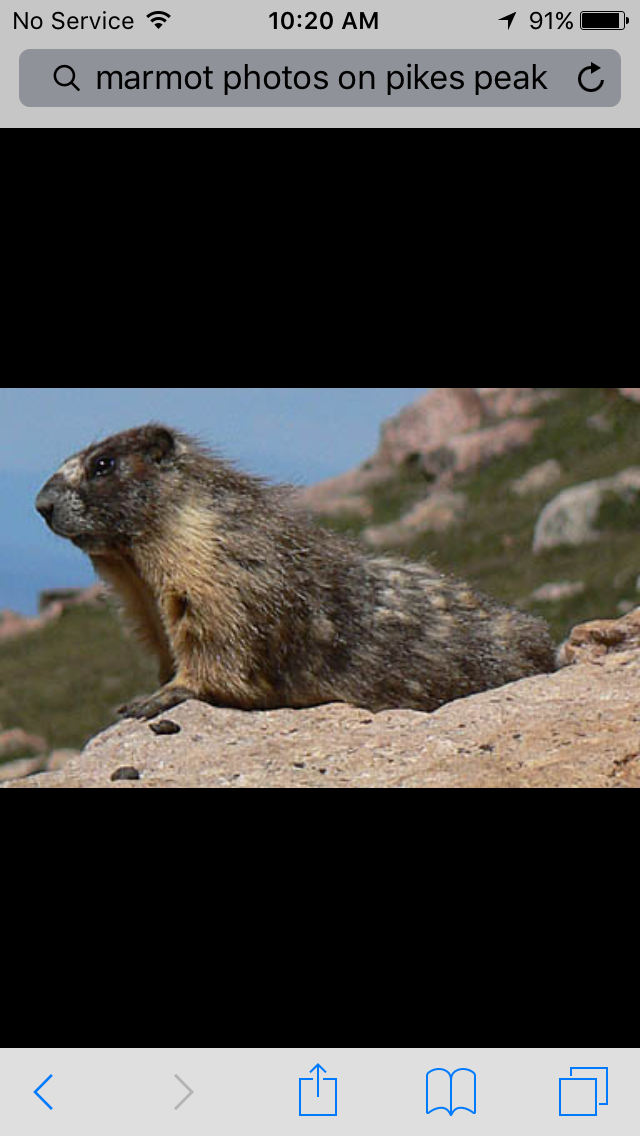 We really were not sure how far down we were heading. After the drive from hell up I am sure Dave felt good that I made it to “A” Frame.  We were feeling good so headed to the Bottomless Pit turn off.  This means that there is ONE MILE I have not practiced, as a few weeks ago we started at the bottom and hiked to Barr and back.  I am calling it the Mystery Mile.  The mile between Barr and the Bottomless Pit cut off.  I feel confident that great things will happen during this mile during the race itself.  Maybe I’ll get the biggest burst of energy to push me effortlessly to the top…. Who knows…

But what I do know is that I will not return to train on Barr again before the race.  12 of 13 miles have been addressed in July.  I will spent my time at all the other great places I love to run and hike before the race and leave the Peak to all the adventurous souls.   Dave has 2 weekends of bike racing in Leadville before the Ascent so I can get a bit of time at Altitude in Leadville as I cheer him on.

I will be good and ready August 13 to tackle the peak and I’ll be sporting my yellow Marmot Team racing top waiting for the chirps on top. 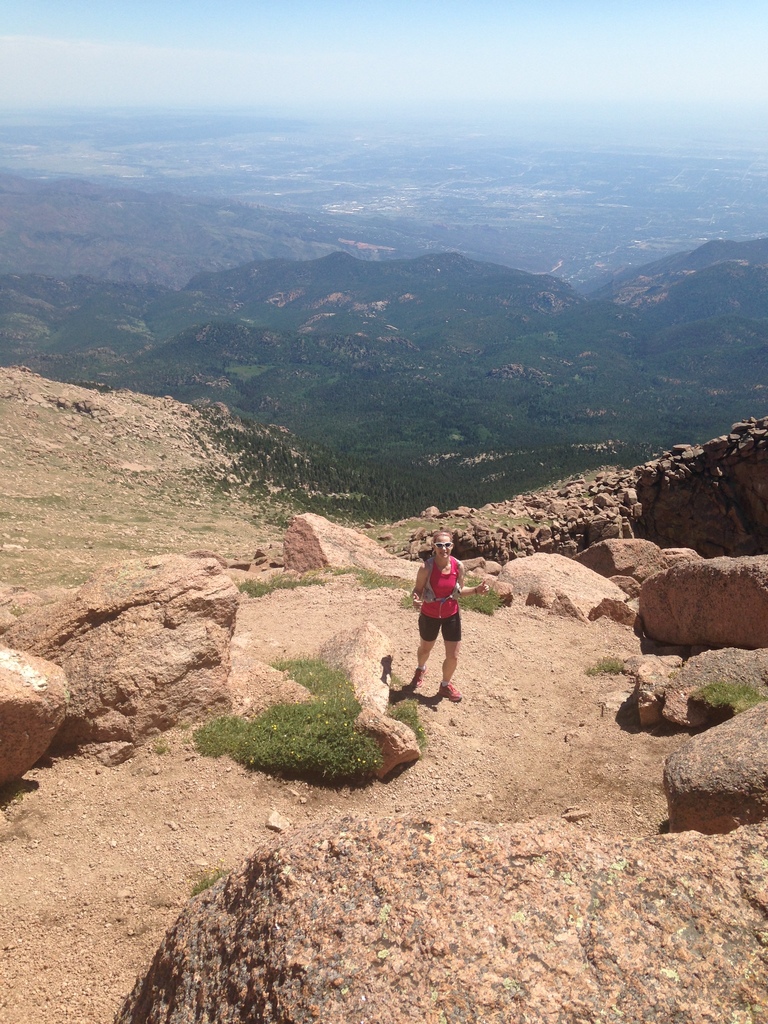