Having been lucky enough to “win” a lottery slot in this year’s Leadville Trail 100 MTB race in August, I thought I would go over to Leadville to get a training ride in.  Besides, it is beautiful over there! 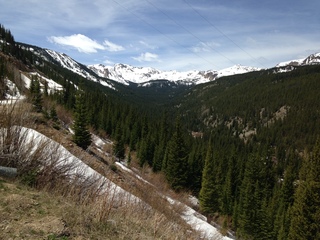 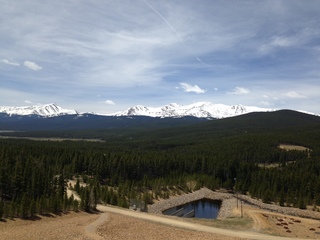 My buddy, Warren, and I started out off County Road 9 to head up St. Kevin’s which is about 3 miles from the starting line.  The first couple miles were pretty good and I was thinking this isn’t too bad, but then the forest service road pitched up and I quickly found myself in my granny gear churning away at a snail’s pace.  We could only go up a few miles before we hit snow, so didn’t quite make it up and over St. Kevin’s Mining District.  The descent was much nicer than the climb. 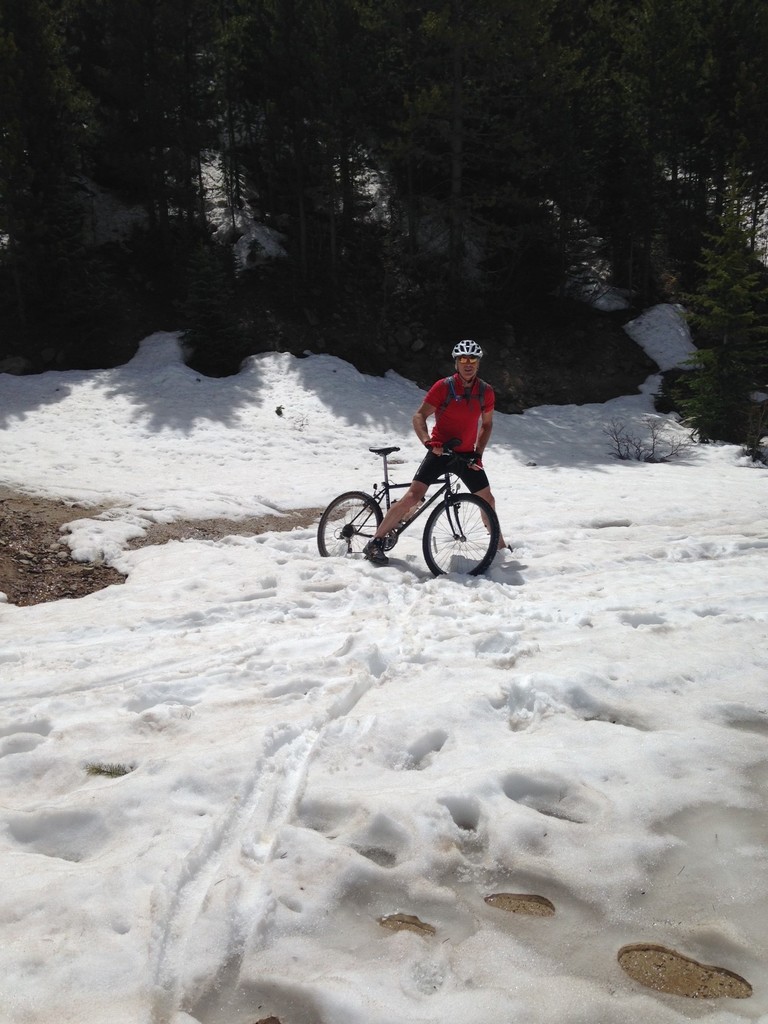 We then loaded the bikes back on the truck and headed over to Hagerman Pass Road to see how far up Sugarloaf Pass we could get.  The first couple miles on Hagerman were once again pretty good.  We then hit a little snow we had to traverse before hitting the switchback to go up Sugarloaf.  The jeep road up Sugarloaf was extremely rocky and covered with water coming down off the mountain, but was at least rideable.  We could only get about a mile up Sugarloaf before we hit deep snow again.  Back to the truck.

Since we drove all the way over to Leadville, we figured we should at least get our monies worth so over to Powerline we went.  This climb was absolutely brutal.  I didn’t get too far up before I quickly was in hike-a-bike mode.  We continued to alternate between ride a little, hike-a-bike a little, but did manage to get a few miles up Powerline before we once again hit snow.  Then came the descent.  Holy crap!  I was white knuckled all the way down, but did fairly well on most of it except the really steep, rutted section towards the bottom.  About midway through the descent, my phone rang.  So, I stopped.  Warren had a flat higher up, but said he had what he needed to fix it so I waited.  Then the phone rang again and he said he actually cut a tire so had to come down slow.  I decided to ride the rest of the way down and get the truck to come back up as far as I could to get him.  When I met up with him, he was running his bike down.  As he got closer, I noticed that his knees and arm were bleeding.  What he didn’t tell me was he crashed which probably contributed to his cut tire.  Nothing broken though, just a few scraps thank goodness.

During the entire ride/hike up Powerline and descent, all I could think of to myself was I would much rather be running this thing which lead me to think well, maybe I am just a runner.  Last year I ventured off to do my first triathlon and I discovered I really hate swimming.  This year I decided to give mountain biking a try and completed my first mountain bike race in Austin.  I really do enjoy biking, but discovered I’m probably more a Santa Fe Trail mountain biker rather than technical trails.  I still do have the LT100 MTB and Ironman Wisconsin to do this year and will try my best to finish them, but think it’s probably time to get back to my roots. 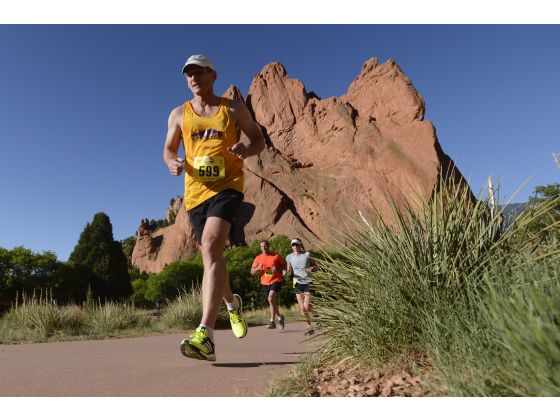 I’m not saying I’m really any better at running than I am at the other events which the High Drive Challenge proved this past weekend, but I do enjoy the trails.  Garden of the Gods 10-Mile here I come!

You are an athlete!  BUT I am thrilled to focus on RUNNING with you!!!  I pretty much need floaties and a tricycle.