Once upon a time, in a place not so far away from here, there lived Tres Passer and Giant Killer, two elder adventurers. Now there was nothing inherently special about these characters. In fact, they were really just ordinary folk. They had no magic powers. They could not fly, or become invisible, or converse with animals, and they were not rich. They did however, love the mountains where they lived and had a reputation for long, and oftentimes ridiculous journeys.

One day, Tres Passer, who was also very wise, came up with an incredible idea. Being that he was so wise, Tres had realized that the Fountain of Youth lay not in some obscure caribbean location, but in his own backyard. So after consulting with his friend, Giant Killer, the two formulated a plan to recapture youth by circumnavigating the very mountain they lived in the shadow of. The formidable Pikes Peak. 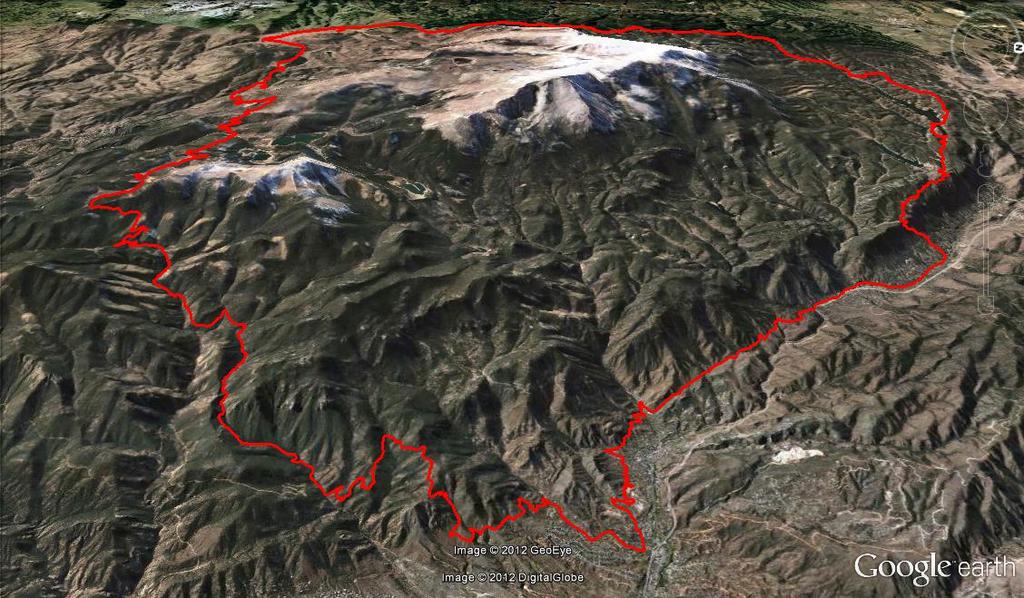 Now Tres and Giant Killer knew that their journey would not be easygoing so they enlisted the help of some friends. Four adventurers were immediately willing to join the trek and everything was in place. But on the final day before embarking on the adventure, there was a last minute addition, another traveler by the name of Sandbagger.  While Sandbagger had a history of success on some great adventures, he'd also run into a recent stretch of ill favor. So ill in fact, that rumors in town began to spread that Sandbagger had become cursed after an encounter with the Devil.

Nevertheless, the group was accepting of all brave souls. So in the early morning before the sun opened it's eyes, the fearless seven, along with a handful of other supporters who would accompany the crew for part of the journey, embarked on their search of the Fountain of Youth. 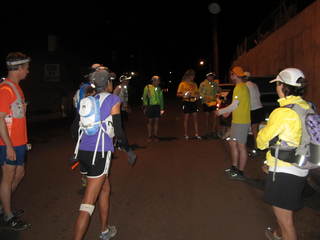 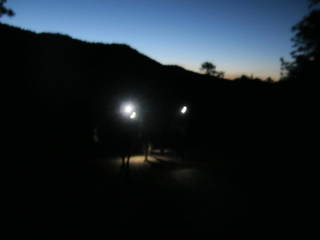 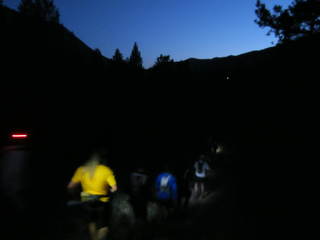 The early miles passed quickly and smoothly. Their route was breathtaking indeed as they traversed over Mt. Esther, past the twin Catamount Reservoirs, through Horsethief Park and finally to the Pancake Rocks. Somehow through the first 30 miles, the adventurers had managed to avoid any malevolent forces and were quite happy with how things were unfolding. 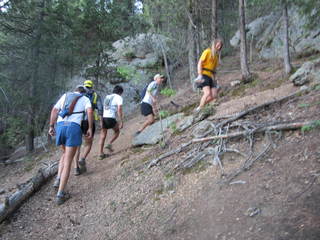 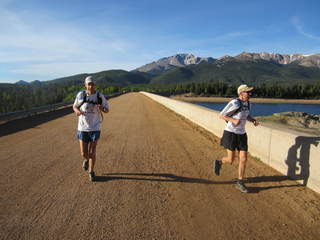 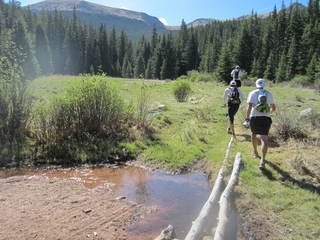 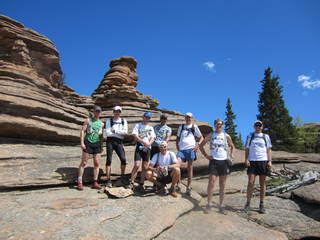 Soon, our heroes came upon the Cripple Creek Oasis where they were greeted by a fairy who helped them restock their supplies. After resuming their trek, the good omens continued as Sandbagger spied a horseshoe hidden in the grass. With his recent bout with misfortune, he was certain this was a positive sign and decided to take it along for the rest of the journey. 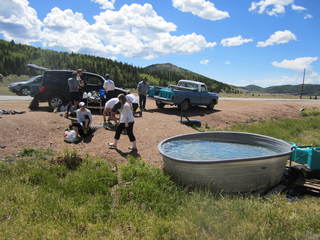 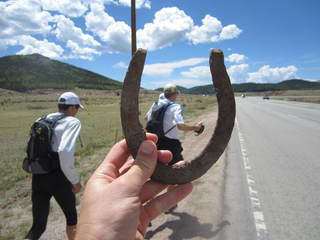 It wasn't long after this remarkable find however, that the adventurers met their first impasse. As they were making their way back to the woods, they woke an angry giant who confronted them and began shouting in a most horrifying voice. "FE FI FO FUMMER. I SMELL THE BLOOD OF AN ULTRARUNNER!" Though they outnumbered the giant and had Giant Killer himself on their side, the peaceful group realized that considering their calorie ration and a long ways yet to travel, he was not worth the energy expenditure. Consequently, the travelers modified their course and continued on their way. Now Mother Nature had been very kind to this point. However as they left the giant, they heard him recite an encantation that soon brought about foreboding skies and a terrifying lightning, and hail storm. 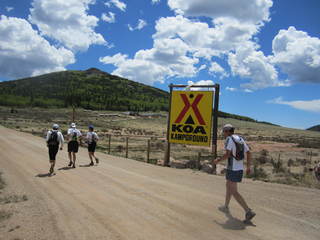 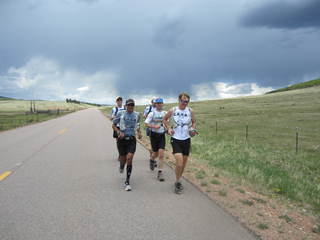 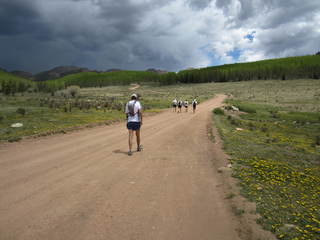 In the midst of this terrible storm, the adventurers sought shelter in the Dark Woods where they they soon discovered that they were being watched. It's true that the wilderness in which they were traveling was a fantastic and relatively harmonious place. But it was also a well known fact that trolls had made the Dark Woods home. So nevermind the fact that the adventurers wanted to neither to harm nor steal from the trolls, but simply to pass through and continue their journey, once shots of evil magic were fired in the air to frighten, flush out, or harm our travelers, and, reasoning was no longer an option. Yet though the trolls called this place their own, Tres knew the area better than most. So as these shots of evil magic flew overhead, the band remained together following the elder's lead. On Tres' command, they dodged over ridges and through thick tree cover to a small stream crossing where they hunkered down to remain out of sight from the trolls.

At this point, Tres had a plan. "1...2...3...GO!"  And the adventurers sprinted across the uneven, exposed terrain in a run for their lives to reach the Not So Dark Woods at the other end of the meadow where they would be safe. Up to this point, Sandbagger had continued to clutch tightly onto the Lucky Horseshoe he had found miles ago. But once everyone reached the Not So Dark Woods safely without being struck by any shots of evil magic, he decided to leave it behind as a sacrifice for it's benevolent protection. 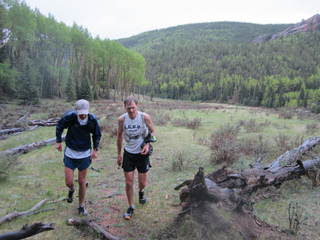 Fortunately, the remainder of the journey went without incident though there were still many miles to be covered. The travellers continued through Bull Park, around the Mountains of Almagre and Baldy, down the Canyons of Cheyenne and Bear Creek, and finally cruised along the Intemmann Trail back home. 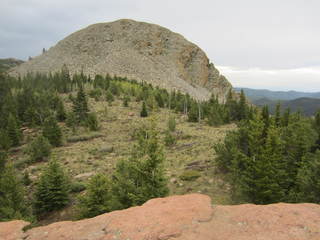 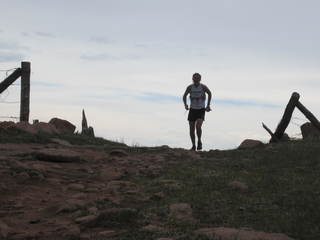 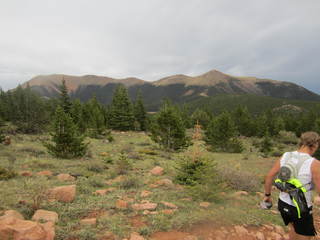 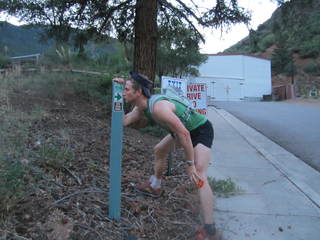 So in the end (and with a little bit of luck) the travelers covered 66 miles with 14,000 ft of climbing and dropping. After over 16 hours outside, they ended up in the exact same physical location that they started. Their bodies were beat but their spirits had grown and been renewed.  Each of them had found their own Fountain of Youth, well at least for the weekend. Nothing more. And certainly nothing less.