It is January in Colorado, right?!

Okay....I'll say it....where the heck is winter?!  I look forward to the Winter Series because it's usually a frigid sludgefest with biting winds, inches if not feet of snow and muck that makes your feet ten times their normal size.  What happened to old man winter?  Is he sunning himself on a beach in Hawaii...basking in the glow of misguided missile warnings?  It just seemed weird to not see one bit of winter on the course Saturday.  It was chilly at the start.  Overcast and 29 degrees.  But then the blazing ball of fire came out and roasted a few runners who over dressed.  Anyway, I get ahead of myself.

The PPRR Winter Series I is in Cheyenne Mountain State Park.  Since the club pays for parking, they ask for carpooling.  We crammed a few Smiling Toads into my Ford Fusion and that's when the party started. Sabine, Sammie, Jessica and I drove the only male Troy crazy.  All that boy talk and stuff!  Maybe next time, we'll shove him in a Sparkle Skirt!  LOL! 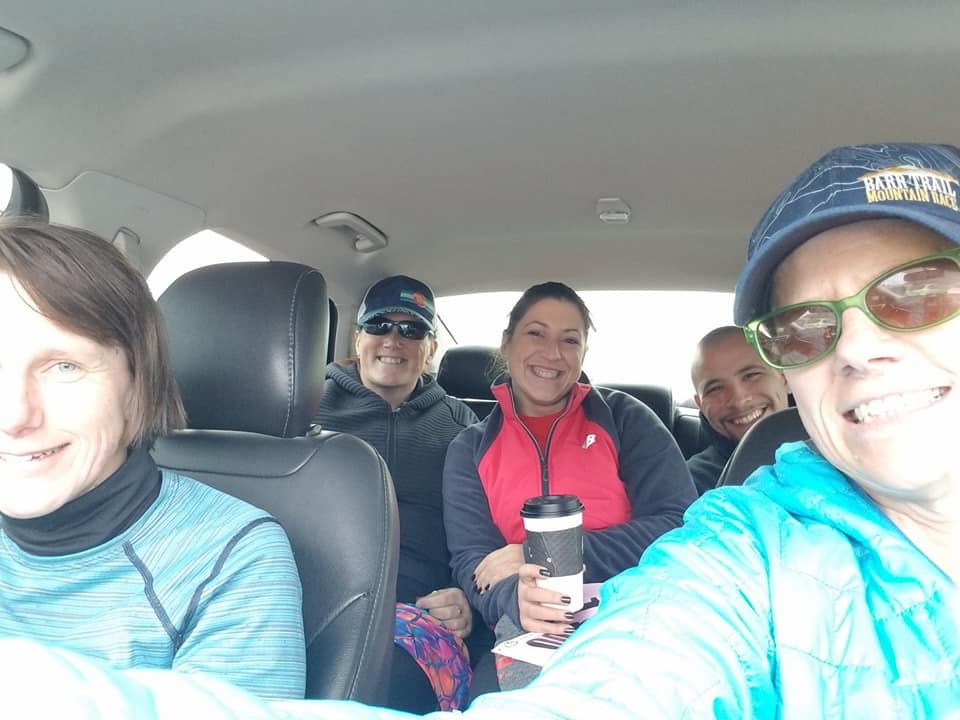 Huge shout outs to all the volunteers who guided us into those little parking lots.  I told Tim Steffens it was like wrangling cats.  He's definitely learned a lot about that from Dean Jaeger!  LOL!  Y'all need to borrow my cat onesie next time. 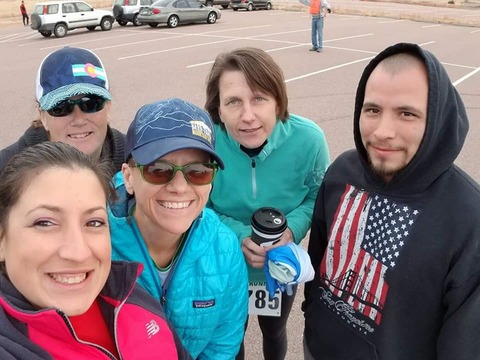 Choked down some more coffee and it was time to warm up.  The road from the parking lot up to the start and back is a great way to warm up.  Added bonus is it confuses people where the start is and some runners ask you to stop to take their picture for them.  This is a party, right?

The Brewer's Cup has brought on a new competition....who can better photo bomb another team trying to get a group photo.  More often than not there are ridiculous people hopping up and down behind a group.  Here's our Toad photo being sabotaged....LOL! 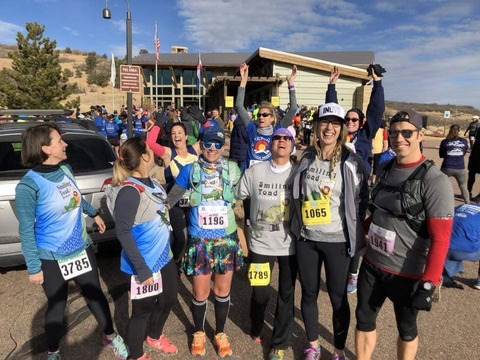 Hence the strange looks from my teammates!  Thanks to whomever took this photo.  I think it was Jenna or Josh.  Hoppy, hoppy grasshoppers! 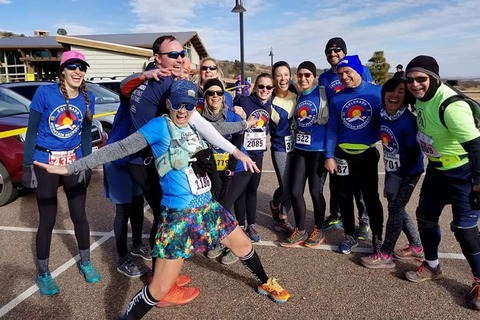 Y'all need to learn from the best on how to crash a photo!  Colorado Mountain Brewery teammates were great sports about it.  Thank you for the photo (I stole off the BC FB page)!  Most teams are great about runners trying to be a part of their fun.  I've had great experiences being part of the BC!!  Look to join next year if you don't get picked up as an alternate by a team.  It's a blast...reference photo above!

Oh that's right...we're here for a race.  The 7 miler started with announcements about course conditions and we were on our way!  The first mile is where the leaders leave us in the dust.  It's such a fast downhill on pavement.  Cross the parking lot, over a curb (don't trip) and down onto the trail for....the uphill!  Up, up, up....more up!  This thins out the crowd a lot.  I fell in line with the youngest participant, X-man!  Such an awesome runner at nine years old!! 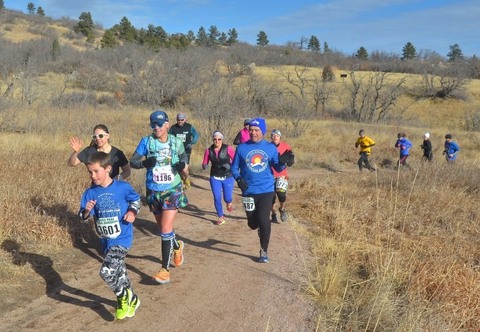 Check out that amazing running form!!  He went on to set a course record too.  Thank you Tim Bergsten for the awesome race photos!  Say HOWDY to him if you see him on the course.  Jump photos are highly encouraged.

Course conditions were clear and people were out to get some fast times.  I got to see some of the lead runners returning on the lollipop portion of the course.  Man they were moving!  Elizabeth Helland was a blur flying past me.  I settled in with Teri Buchanan for the final uphill push.  She helped keep me moving.  Thanks Teri!

On the flat back portion, I got too close to the runner in front of me and clipped my toe on something.  Yup!  Down I went.  No major damage that I could feel.  I got help from the runner behind me - thank you! - and back on I went.  Angry at myself, I pushed passed the pack I'd been with, taking Alma Mejorado with me.  She's a beast of a runner and I kept the pace up to stay ahead of her.  Way to get me out of my comfort zone Alma!

I have to give thanks to my coach, CJ Hitz for volunteering and cheering us on out there!  He's truly an inspiration.  High fives CJ!

Things got a little crowded when we joined back up with the 3.3 milers.  Alma used me as a traffic cop to clear the way for her.  On your left...on your left....left, left, left.  Everyone was so nice and cheered us on as we plodded down that hill.  When we hit the clearing, it was bye, bye Alma!  I wished her well and she was gone.

I could see the finish line once I passed the last group on EPCSAR volunteers, who were amazing by the way (THANK YOU)!  I flew down that hill like my butt was on fire.  Hellos and thank yous to those I passed and could answer.  I was so out of breath.  Last intersection, end in sight...time to turn and burn.  I crossed that bridge with every last bit of energy I had.  Finished in 1:10:18.  Ten minutes faster than last year! 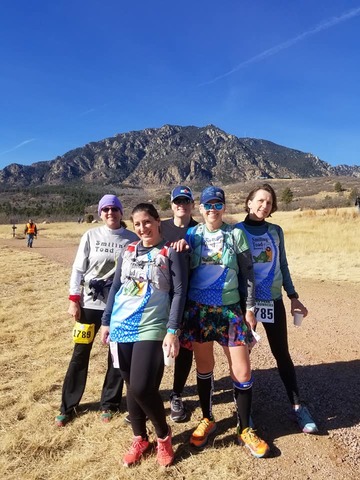 What a beautiful day!  The course was perfect.  The runners were out to set some records and did.  Injuries were minor.  Volunteers were so cheerful, even after standing in the cold for hours (AGAIN THANK YOU).  On to the next adventure....maybe we'll have snow!

RUN ON MY FRIENDS, RUN ON!