Beep, beep, beep...darn it!  It's 3:30 a.m. on November 18, 2017....time to get up.  I'd been awake for about half an hour already.  Just trying to squeeze in those last few precious minutes of sleep.  Rolling out of bed, I head downstairs in the condo for coffee and oatmeal.  I spend a few minutes getting the last few items I'd been charging.  Pack for today's race is waiting for me to leave.  Back upstairs, I grab the outfit I'd laid out the night before and head to the bathroom for last minute prep work.  Everything is set to go.  Good luck note for my friends written, last minute cup of coffee downed, and out the door to ride with strangers to the start.  It's go time!  Finally race day!

Back up to a day in 2015.  Patriot's Day to be exact.  I'm sitting in a doctor's office filling out paperwork to make a serious change in my life.  I struggle to answer the questions.  Pages and pages of what my current health is like, what plans I've tried and failed at, why do I feel I need to do this, etc.  I look over them multiple times thinking about what could I have done differently.  How did I end up here?  What choices did I make wrong?  I look at others in the waiting room.  Do they think I should be here?  I almost walk out.  But I know deep down that I have to do this.  I have to get healthy.  I have to start living.

I weighed in that day at 241 pounds.  Even today, it's hard to see that number.  To survive each day, I took three blood pressure medications, a diuretic, an antidepressant, and an anti-seizure med.  I suffered from mild sleep apnea and dealt with chronic migraines lasting for months at a time.  I missed so many days at work that I stopped using sick time and was using vacation because I felt so guilty about my conditions.  Because I didn't look sick.  I didn't act sick.  This is because people who have silent chronic conditions get good at putting up an amazing front.  We act like nothing is wrong, that we don't need any help, all while our minds are silently suffering.  And I knew if I didn't do something soon, I was going to end up on disability or worse.

So how did I end up in that doctor's office?  Really?  I was a runner!  I did boot camps, lifted weights, ran marathons!  By that date in April 2015, I had ran six full marathons (three in one year), done multiple half marathons, could dead lift over half my body weight...so why?  Because I had done all those things.  Plain and simple.  Honestly, it all comes down to you cannot outwork a bad diet.  What choices did I make wrong?  The choices I had made nutrition-wise were always more than what I needed even with all those activities.  It was always like this..."I ran a 20 miler so I can eat an entire bag of M&M's!"  I know you're chuckling.  We've all been there at one point.  One more bite, one more slice, one more beer....I had way too many one mores.  I was tired of it. 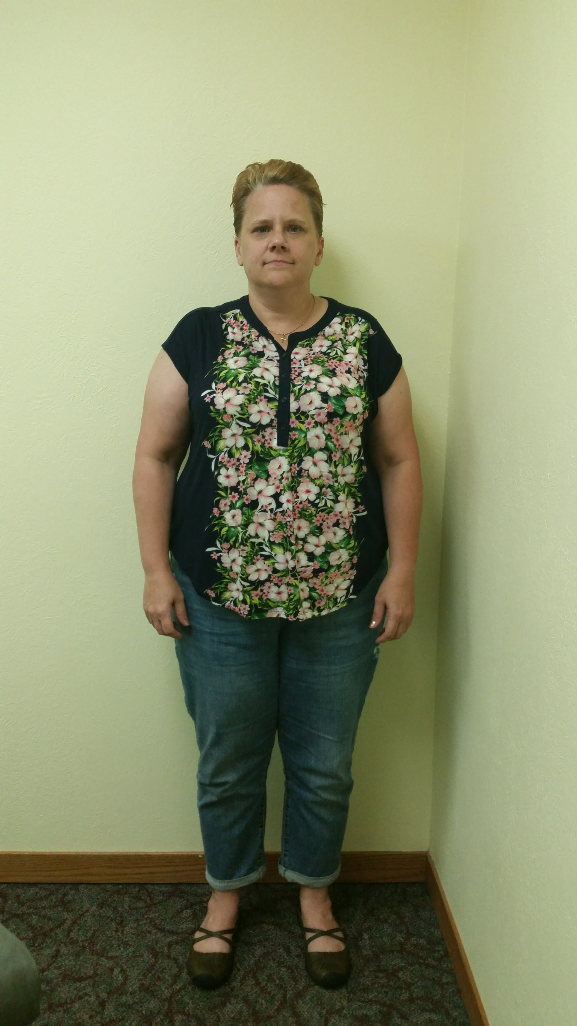 Yes, that is me on pre-surgery diet day.  I was obese.  My health was the worst it had ever been.  Ten days from the day that photo was taken, I was wheeled in to the operating room.  My doctor performed what is called a vertical sleeve gastrectomy.  Basically, I had around 80 percent of my stomach removed.  On the day before my surgery, I took the last doses of two of my blood pressure meds (I still take one), my last diuretic, my last antidepressant, and my last anti-seizure med.  I no longer suffer from sleep apnea.  I still get migraines, but nothing like I did before.  I lost 100 pounds over the 14 months following my surgery.  My doctors all agreed I had successfully made the lifestyle change.

And finally I was back to what I loved, running. 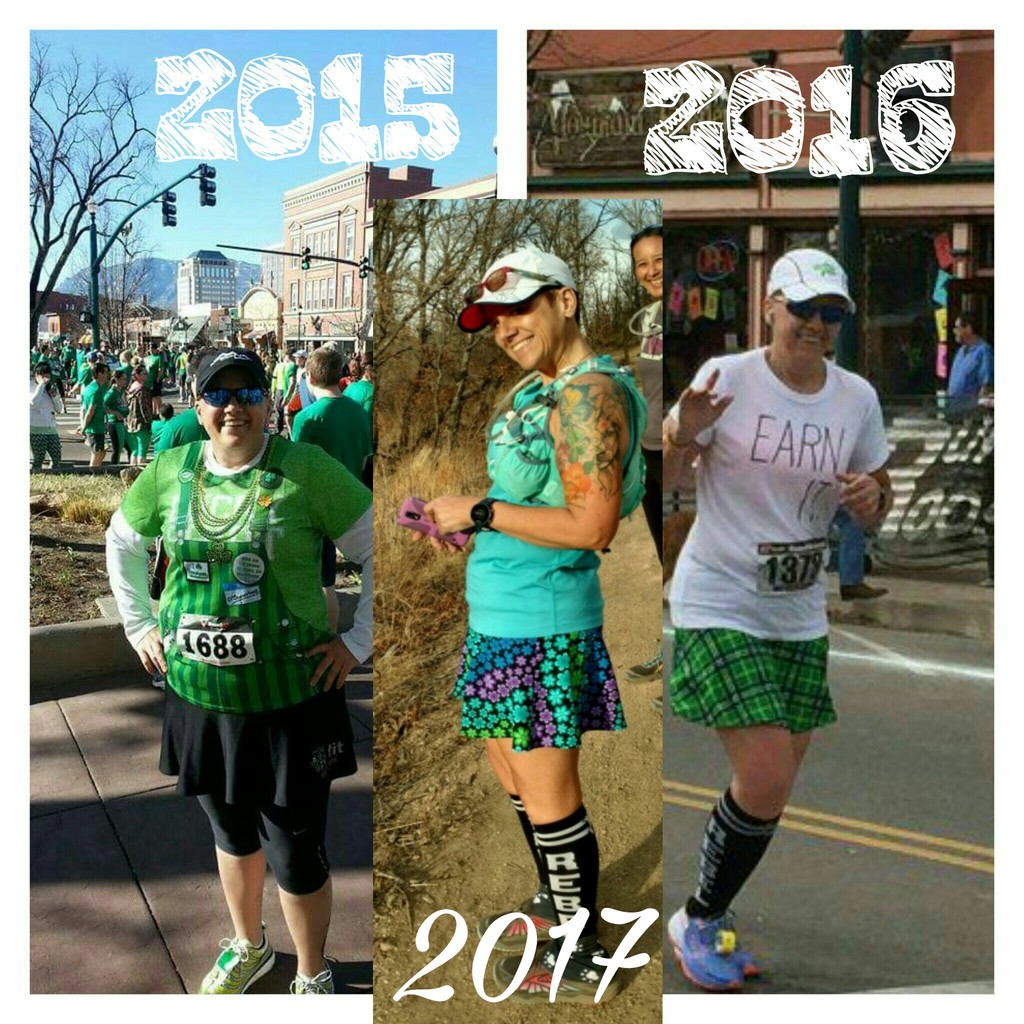 Fast forward back to that fall day in 2017.  Standing at that starting line, I thought back to what I had been through to get there.  The successes, the failures, the pain, but mostly the happiness.  I made some serious changes to my diet, my workouts, and, most importantly, my life.  Over the last two years, I found myself, my fantastic style (LOL!) and my voice.  I stopped worrying about things outside my control and started working on those items important to maintaining my physical and mental health.  I'm blessed to have an amazing support system which includes you awesome runners!  So on that morning in Moab, when I heard that gun go off and I turned to start running, I knew I could do it.  Nothing was going to stop me.   Nothing! 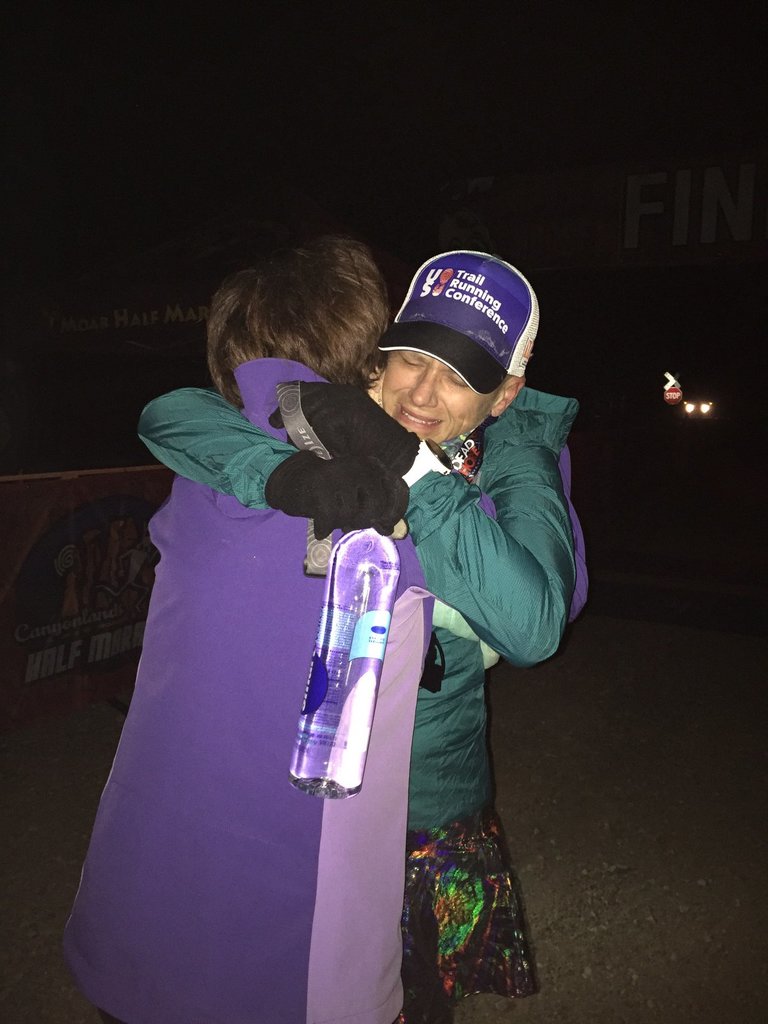 In 2017, I ran seven full marathons (Pueblo, Little Rock, Lincoln, ADT, Colorado Springs, Marine Corps, and Tucson), two ultras (Behind the Rocks 50K and Dead Horse 50M - finish line photo and results above), two half marathons, Colorado Road and Trail Ragnar Races, Leadville Heavy Half, Imogene Pass Run, and Pikes Peak Ascent.  I am truly blessed to have this second chance at life.  And for those who might think I took the easy way out by getting the surgery....look back at that list again and think about this...I did it with 80% less of a stomach than you.  Not too easy, huh?  My mantra through all this has been:  Believe in your abilities, trust your training and go do it!  You shall persevere!!

Run on my friends, run on!