With that said, having a lingering Achilles issue for the better part of the year while preparing for one of the grandest ultra-races in the country has, at times, been incredibly frustrating. Week after week of limited activity and opting for a slow, flat run on the treadmill instead of a winter climb up Pikes has truly been an exercise of self deprivation. At the same time, had I not been injured, I could be facing burn-out or a more serious injury right about now. Instead, I feel a sense of peaking confidence and optimism. I may have lost a couple of months of "ideal training" but I'm undoubtedly more appreciative of the gift that is trail running.

Helping boost my confidence is the fact that over the past week, I've definitely turned a corner. Not just a 90 degree turn mind you. I'm talking about a significant "Walter's Wiggle-esque" kind of turn. Or, for a more local reference, one of the switchbacks up the 16 Golden Stairs. A shift from less rehab to more training. Gone are the days of the crunchy, swollen, angry Achilles. Well, for the most part at least. Instead, I find myself writing this with a set of pretty banged up quads-mementos from a return to Incline descents. This pain is a welcomed pain!

Prior to my injury, I recall having a conversation with Sean O'Day about a dilemma I had in choosing between two great adventures. His response, "what does your soul need?," has been incredibly useful and I've found myself referring to it regularly.  In fact, "what my soul needs and what can my body can withstand" has been an ongoing internal dialogue with an ever-changing answer.  For months, my soul wanted to climb mountains and go on all-day adventures, but my body wasn't ready. It was a grueling chess match, like this one that Seinfeld refers to, and the body always won. So instead, I focused on rehab and being consistent with the little things to help my Achilles heal. As time has passed, the voice of my soul hasn't softened. It remains just as, if not more assertive. What has changed are the protests from my body. Instead of opposing my soul's plea for a long day of outside play, my body now voices it's approval. "Go for it!" and "Why not?" The timing couldn't be better.

Over the span of a week, I've been able to savor a taste of the winter that I thought I had lost while embracing the threatening heat of summer. I've experienced incredible sunrises en route to snowy summits and dodged rattlesnakes in the Garden. I've post-holed through the snow and endured the subsequent shin scrapes worse than a thousand sunburns. I've soaked in glorious swimming holes more refreshing than, well, anything. I feel alive again! 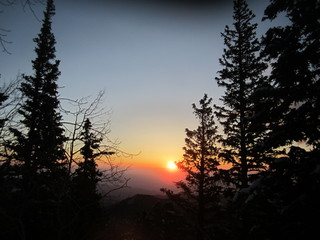 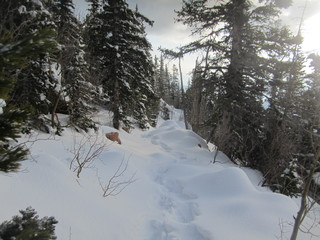 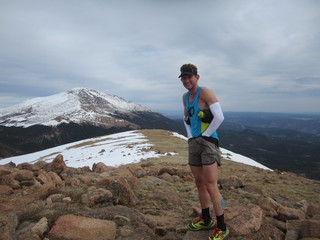 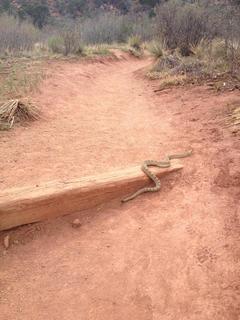 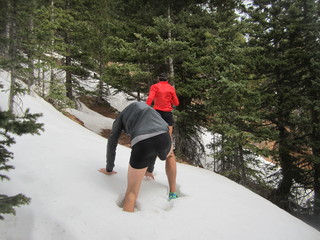 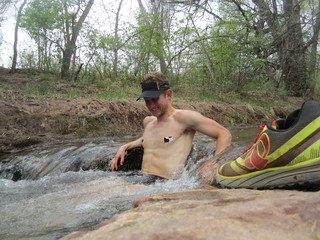 While there are less than 40 days until the Western States 100, I still have plenty of quality training time ahead. Like cramming for a final exam though, I'll try to be efficient and focus on the main chapters. Namely, heat training, trying to be smooth on the downhills, nutrition, and a little night running. With my soul and my body finally on the same page, I can't wait!

Lastly, it's a well known fact that Gordy Ainsleigh is considered the father of Western States and a pioneer of ultrarunning. But, what you may not be aware of is his impact on the music industry. Yes, it turns out that N.W.A., who like Gordy hail from California, also dabbled in 100 milers in the early 90's. Enjoy.