Race week is here and the final preparations are now drawing to a close. The excitement crescendos. The experience becomes more tangible. In just a few days, I'll be taking embarking on Western States journey, suffering with friends in the heat, and in spending all day (and some of the night) doing what I love! 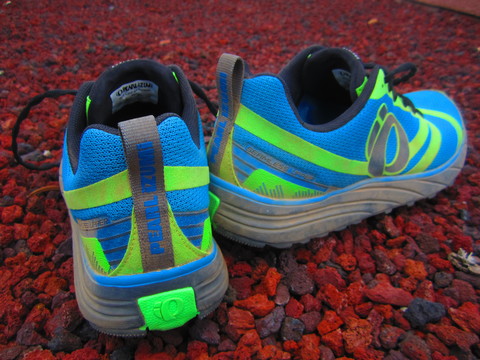 Going with the trail N2's. Weapons of fast destruction!

Somewhere recently, I heard it said that when it comes to athletic performance in any sport, there are only three areas we can hope to improve:

In terms of  physical training, I've had really good weeks marked by feelings of indefatigability. I've also had weeks of forced rest due to injury. Ideal training? Of course not. But few things go as planned. So despite questioning whether I'd make it in one piece to California at times, all that matters is I will be starting. Strava aside, there are no awards for training runs (other than perhaps some cool pictures, camaraderie, and other intrinsically awarded trophies but that's for another discussion). After all, as the wise Allen Iverson so eloquently put it, "we talking 'bout practice." The game is Saturday.

The skill involved in ultrarunning is very much a "learn as you go" ordeal. I've decided to stick close to what I did in Leadville, alternating a higher carb source with Justin's Nut Butters and taking supplemental electrolytes along the way. Noakes' take on things in Waterlogged is intriguing and I may try it someday, just not this year. For Western, and with any hundred, pacing is truly an acquired skill. The plan is to show restraint in the early miles. To start conservatively and have a strong second half. Pursuing the carnage, not being the carnage.

Which brings us to the last realm of performance. A little increased time spent on mental preparation has filled the voids that injury has left in my training nicely.  SpinW and podcasts from Brain in the Game have been fantastic resources for a bit of psychological steeling. As with physical training though, there is such a thing as too much of a good thing. So after scouring the internet for course details, consulting the expertise of friends who have run the race, and spending more time watching "Unbreakable" than it took Gordy to run 100 miles, the time for race homework is drawing to an end.

The race kicks off Saturday at 5:00 am in Squaw Valley. iRunFar posted a preview of contenders (where I get perhaps the most undeserving mention) and has other quality articles in preparation for the event here. Ultralive is doing live coverage where you track the race as it unfolds here.

Other talented folks representing Pearl Izumi (that I know of) include:

In my corner will be a small army of crew/pacers. I'm incredibly grateful that my parents, my brother Andrew and his fiancé Kristin, great friend Allen from high school/soccer days, pacer extraordinaire Brendan, and "my hip ain't broke" Kelly will be there with me. This will be my family's first ultra experience and everyone's first trip to Western so there'll be a lot of excitement in the air!

Saturday, I'll find myself alongside the most elite group of runners I've ever come across, on a course I have no previous experience with, in temperatures that are predicted to be approaching 100 degrees. While a little competition and picking up carnage can add to the enjoyment, I plan to run my own race and appreciate each moment. As AJW put it, will be "to live a lifetime in a day".  With these things in mind, the performance goals for the day are as follows:

And so, the bulk of my preparation has been completed. Nothing left for me to do but dance!

Congrats on a fantastic finish at Western States Brandon! Very impressive indeed.  All that hard work paid off

You got this Brandon!  Just don't hit the Auburn Ale until after the race.

Hopefully your race goes better than the end of Iverson's career.

And don't forget to visit the Auburn Ale House!