Audrey MacDonald, is an energetic, fiery woman with a wide smile, bright eyes, strong opinions and a penchant for the spotlight. Born in 1929, she was raised on a dairy farm in Connecticut, where she tended to buck the stereotype of girls of her age, running alongside the boys and joining the Army against her mother’s wishes as soon as she graduated high school. She talks fondly of those years and recalls that she not only loved to run even back then, but prided herself on carrying the unit guidon at the front of the pack. Fast forward several decades where she even now is the current All-Time Record holder for 86-year-olds at the Bolder Boulder 10K race with a time of 1:28:48, which she ran in 2015.

Xavier South is also a smiling fireball of energy but born nearly eighty years after Audrey MacDonald. Unrelated to Audrey, Xavier was born on Fort Carson, Colorado, and is currently a second grader at Odyssey Elementary where he loves gym, recess and his computer class the most. He’s a huge football fan where he hopes to one day grow up to be as good as Sammy Watkins, a wide receiver on his favorite team, the Buffalo Bills. He lights up talking about sports and is sometimes brimming with so much energy and rambunctiousness that his mom and teachers have to rein him in.

While Audrey and Xavier have obvious differences – born eighty years apart on different ends of the country, they also have some striking similarities. Both are runners in the 2016 Brewers’ Cup running competition -- the oldest and youngest members -- where they’ve both committed to running as many of the Pikes Peak Road Runner races as they can to support their teams over an eleven month period. Audrey is a proud member of the Smiling Toad Brewery team and Xavier hails from Peaks and Pines Brewing where they both are unique, valuable additions to their respective teams. While Audrey typically enjoys one beer after a race, Xavier enthusiastically downs a root beer in celebration of his own achievements. They’ve both claimed additional points for their teams by placing in their age groups and they both can’t imagine how anyone else could possibly NOT love to run. 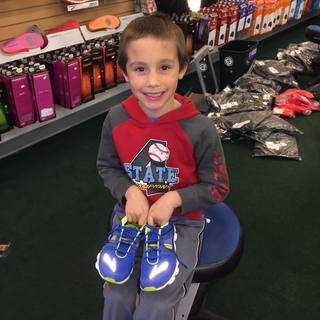 These two individuals pull together the tremendous spectrum that our running community entails. They are the bookends for an entire lifestyle and culture that drives people to move, grow, challenge and continually seek to engage and absorb all that life has to offer. From one who has seen and lived the better part of the 20th century to the other who represents the future and bounds happily into the opportunities and excitement on the horizon – both are full of life, love and personality. Neither are happy to be on the sidelines or afraid to carry the ball. 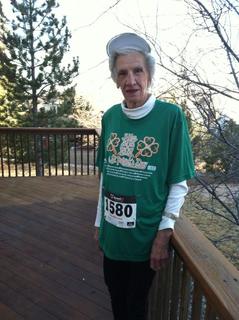 Running is the great human equalizer and a hobby that is able to cross boundaries, weave us together and stand for so much more than losing a few pounds or achieving course records. It’s a family of individuals who regardless of how fast you can cover a distance, each uniquely understands the others’ struggle, celebrates the successes and cheers on everyone from the front of the pack to the rear . This happens because in the end, a race is a great metaphor for life and while some days are easier or harder than others, we all reach the finish line 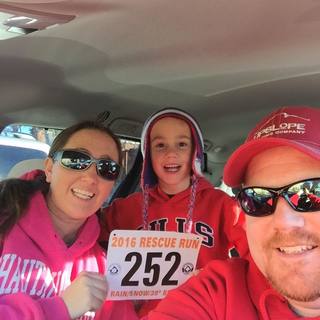 exhausted – the only difference is whether or not we choose to smile.

As the Brewers’ Cup runners prepare to take on a double header this Saturday – the Winter Series II four mile or eight mile course followed by an evening Full Moon Run, keep in mind that we’re all in this together and incidentally, it will be Audrey MacDonald’s 87th birthday. You can bet that she and Xavier will be smiling at the finish so the rest of us have no excuse! See you there!