Yes... I am bold! Bold enough to race naked!  Well.. ok, not exactly naked.  I wouldn't want to subject anyone to that... BUT.. bold enough to run with naked feet!  Or at least give it my best shot...


On Monday May 27th 2013 was the 35th Annual Bolder Boulder 10K, and the 5th year that we have participated in the event as a family.  This year was the second time I've run instead of walked the event. Last year I ran it in Bedrock Earthquake huaraches, and this year I had set my sights on completing the event barefoot. 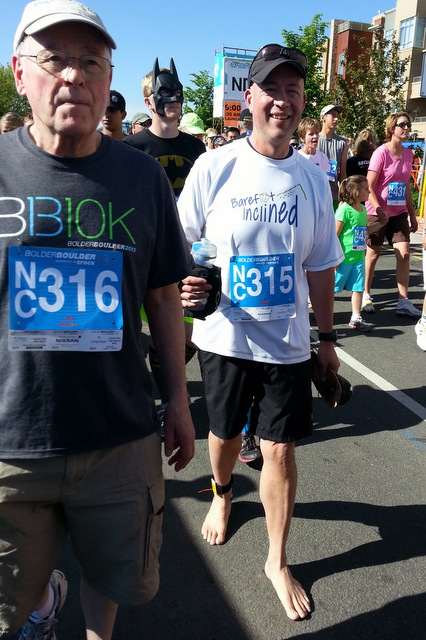 Here I am at the start, along with my father-in-law Jerry (with his game face on).  I just love this event... it is so much fun.  It is know as "America's All-Time Best 10K" and I believe it.  It has to be one of the most well run events from beginning to end. They smoothly get more than 50,000 runners/walkers through the event by 11:30 am, allowing those who choose to stay an opportunity to watch the men and women international pro's race and finish in the University of Colorado (CU) stadium. 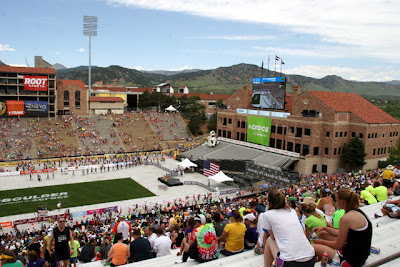 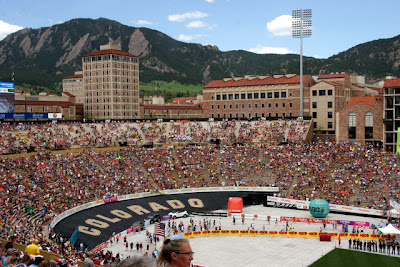 There is nothing like finishing your 10K in a huge stadium with crowds cheering as you take the final lap!


And, all along the course there are so many great bands playing, and even more entertainment from the folks in the small Bolder neighborhoods trapped in their homes during the event.  Their yards include slip-n-slides, snacks, crazy music etc... all the things you would expect from fun loving folks (some who begin imbibing adult beverages before 8am!). 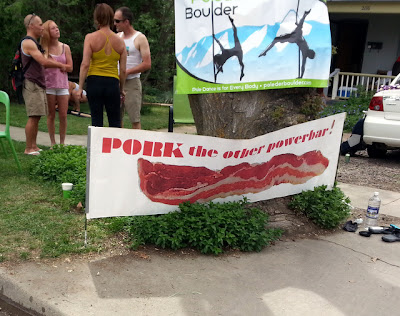 Bacon instead of energy gels... why didn't I think of that!

Anyway, as far as the race went, I had high hopes even though my longest run barefoot was 2.5 miles, and I had managed a 5+ mile walk barefoot.  I carried my "J"uaraches custom made by my buddy Muddy J as my backup, so I wasn't too worried.  By the way, the "J"uaraches are amazing, and my next post will be a full review of them!

So, at just before 9am, our wave started the journey to CU Stadium.  Granted, it was one of the faster walking waves (my wife, her dad and sister, and our boys would be walking), so I did spend some time weaving around walkers as I ran. For the first two miles I was feeling pretty good...  the asphalt of the normally busy roads was smooth, and they also had a lot if nice painted lines to run on which were really nice.  My feet were holding up until about 2.5 miles in when the course began weaving through the small neighborhoods.  Here, the road was much less smooth, and the sidewalk was not much better.  This is where the limits of my unshod conditioning were met.  Determined not to do any serious damage, I stopped just short of the 5K mark and put my thin leather huaraches on.   In retrospect, I probably should have done so sooner, as my feet were a bit tender, but I pushed on. 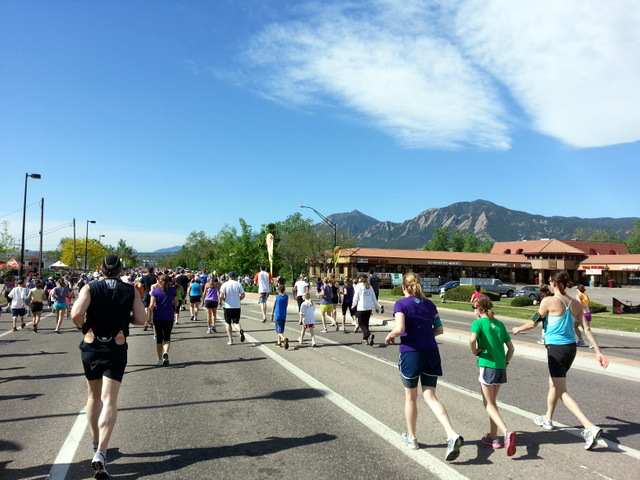 Surprisingly, I didn't get a lot of looks... whether when barefoot, or in huaraches.  I saw one other guy running barefoot, but beyond that, very few minimalist shoes or sandals which still surprises me.  As I approached the CU stadium, I stopped and took my sandals off... I figured I had to at least finish this thing naked.  I winced my way into the stadium, and made the lap around the track to finish.  The track was covered in an aluminum platform flooring which had some anti-slip material on it.  Normally it would have been ok, but my tender feet were not happy! But I stuck it out and finished.  Hopefully there will be some good shots from the race photographers later..    I ended up finishing about 2 minutes slower than last year, but I was happy with that since I managed to barefoot to the halfway point this time.

From there I grabbed all my race swag (they have the best canvas lunch bags filled with all kinds of goodies/snacks), a cold beer (Michelob Ultra.. I wouldn't call it a beer per se, but after running over an hour in 80+ temps, it was great), and found my mother-in-law in the stands to sit and wait for the rest of my family. Upon examining my feet, I had a quarter sized blister on my left foot... and of course my feet were nasty dirty!  That blister has since faded a day later and my feet are feeling good.

As for my family, they had a great walk... for one of our twin 8 year olds, it was his second time, and for the other his first.. so that was awesome. 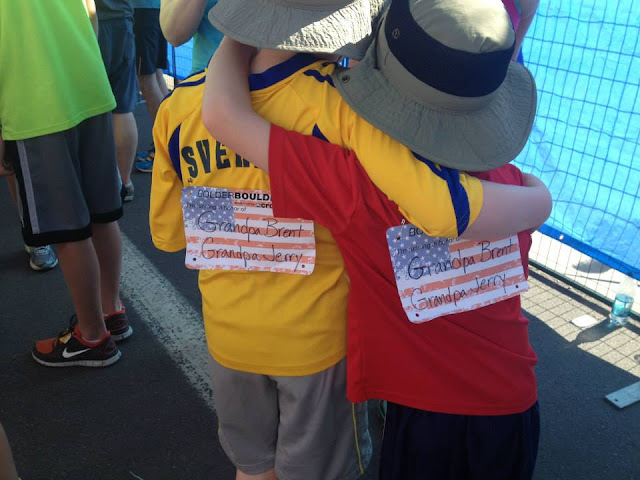 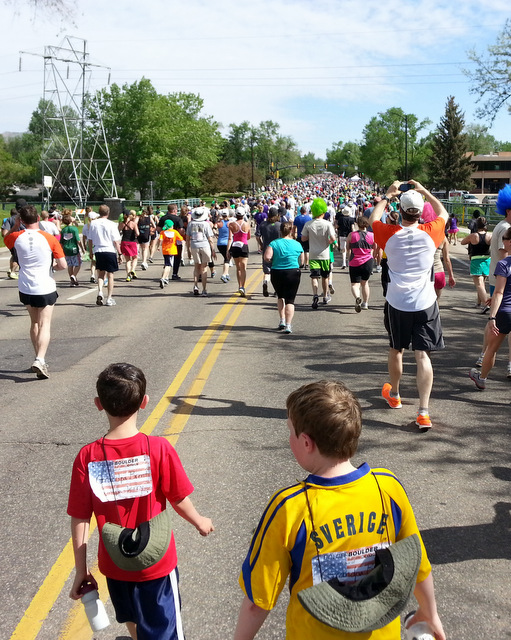 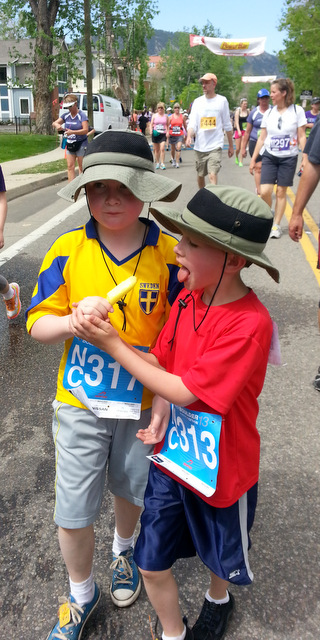 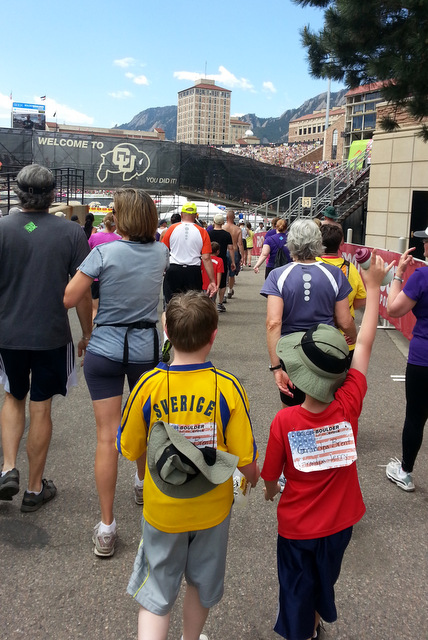 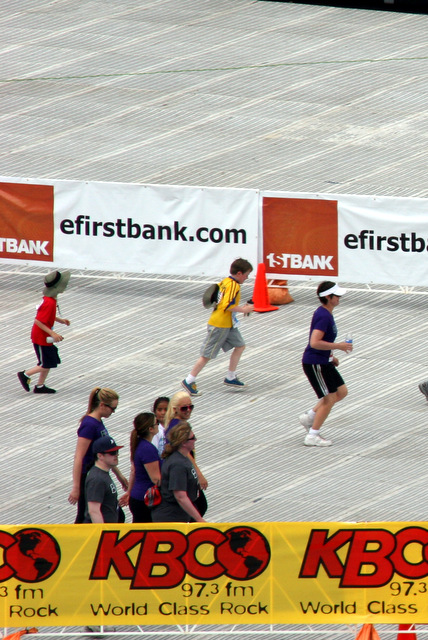 After we all got settled, we enjoyed watching the pro men and women run the race at incredible speeds...  we could watch them on the big Stadium screen along the course,  and then see them finish live in the stadium. 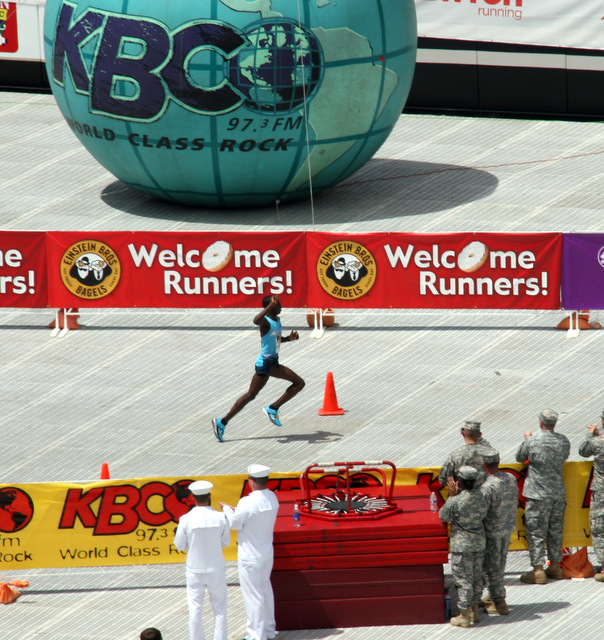 After that, we got to enjoy the annual Memorial Day festivities including sky divers representing each branch of the Armed Forces,  appearances by honored veterans, the induction of 75 men and women who took their oath of service on the field, and a very moving 21 gun salute. 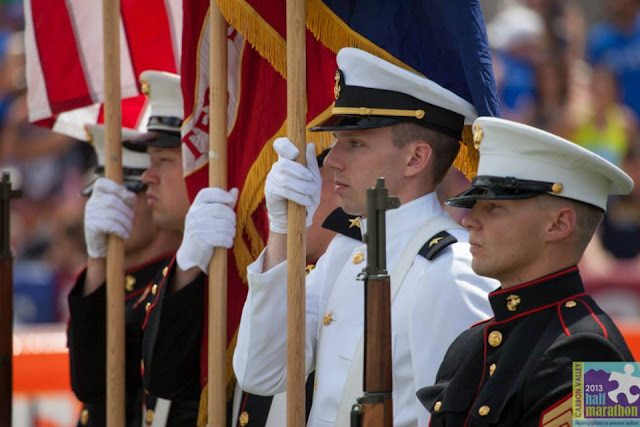 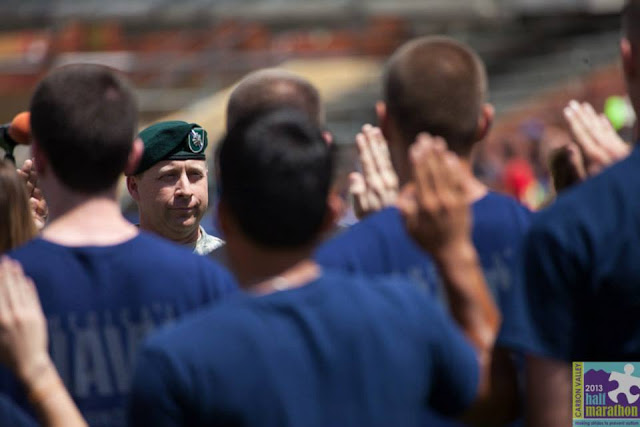 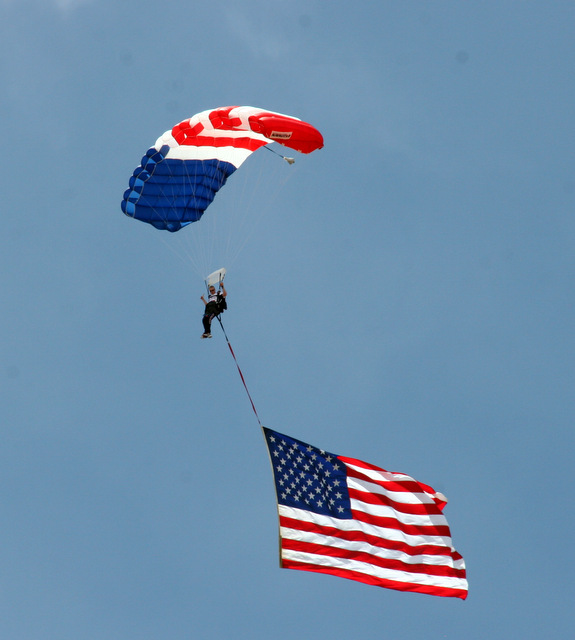 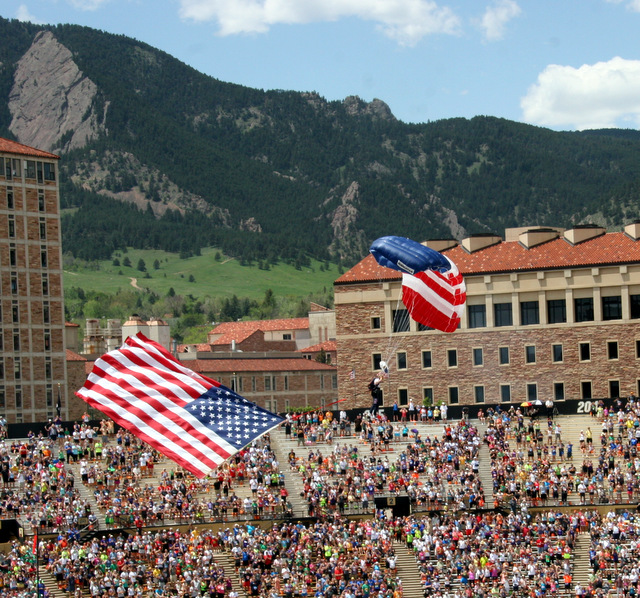 So there you have it... another Bolder Boulder 10K in the books!  Already looking forward to next year.  If you haven't participated before, and get the opportunity.. I truly recommend it!! 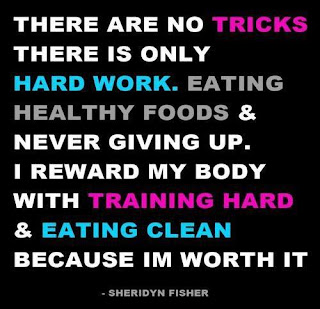