Nomadic runner Rickey Gates has seen the world, one mountain at a time 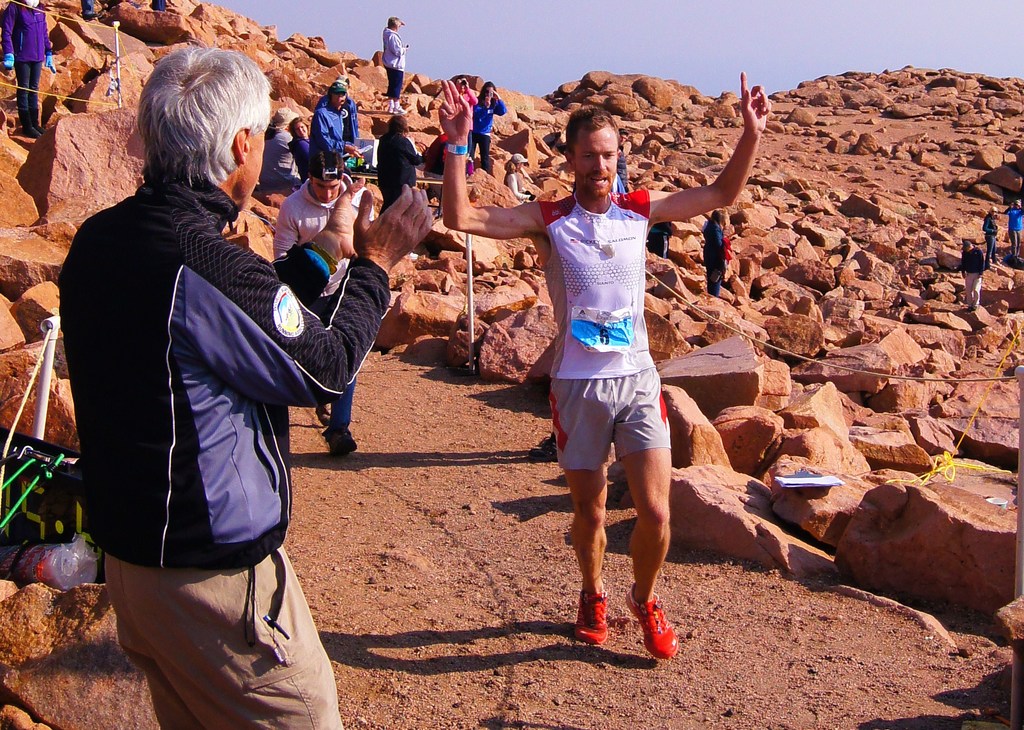 In a Pikes Peak Ascent competition full of distinguished runners, Windy Creek, Colo. native Rickey Gates, 31, the men’s runner-up on Saturday, stood out for both his achievements and his unusual racing experiences.

The 2008 U.S. champion in trail running and mountain running and five-time member of the national mountain running team (2006-10) holds the distinction of winning the Mount Washington Road Race twice, and being only the second American to run the 7.6-mile course – with an average grade of 11.5 percent – in under an hour (59:58).

Then his accomplished racing resume gets a bit more unusual. He spent from late October 2010 to mid-February 2011 working as a dining attendant in the U.S. South Pole Station kitchen, mopping floors and washing dishes for the 250 who spend the Southern hemisphere’s summer season there, so he could run and win the Race Around the World, a two-mile course around the geographic South Pole, on Christmas Day in a record time of 13 minutes, 32 seconds. Despite nine-hour shifts six days a week, Gates managed to get in training runs despite temperatures ranging from 40-below to just under zero degrees Fahrenheit.

Having ran and won races on all seven continents, the nomadic Gates --  who won Utah’s Speedgoat 50K race in late July after the winner was disqualified for going off course -- now rides his motorcycle or drives an orange VW van around the United States to find mountains to run up. He also rides a bicycle around Europe to go from race to race.

“I have been running pretty solid for the past seven years,” he said. “I race up the mountains I really want (to summit). It’s not training to me because I love doing it.”

Gates may return to attempt the double, which includes running Saturday’s ascent and the Pikes Peak Marathon the next day.

“The Ascent just seems like half the race,” he said.