Chris Cunningham and I reluctantly went outside on his mom's command to "enjoy the fresh air" that day.  We were twelve.  Lacking any other appealing options, we decided to head out to his driveway and play catch with a football.  A real football, too...not one of those fluorescent, sticky Nerf ones that were only awesome until chunks came out of it.  For no real reason, I intentionally overthrew Chris once.  Not by a foot or two, but by maybe ten or twenty.  Enough to land it straight into what would have been the middle of the street had a car not been driving by at that exact moment.  A Jeep Wagoneer, I think it was.  Anyhoo.  The crack I put in his windshield wasn't as impressive as I'd hoped.  I was bummed.  The guy in the Jeep didn't even seem phased in the slightest either.

So I'd be lying if I said I remembered it like it was yesterday.  I surely can't remember all the details of the event.  But I DO remember feeling some fairly intense pangs of remorse as I sat at my bedroom desk that night, grounded for the foreseeable future, struggling to come up with the words to the apology letter I was supposed to send to this guy.

Trying to explain my disappointment over this past weekend has made me think of that letter more than once.

During the first full week of March 2014, my training was limited to 20 minute walk/runs every couple of days.  Cumulative mileage may have been about....oh, 3 miles per week.  Nonetheless, I had been seeing tons of improvement since my surgery in late October and I was convinced I would be back to normal before I knew it.  That the months of sitting around in a boot was just some dumb dream.  So, despite a little bit of doubt regarding my ability to succeed, I nonetheless signed up to double at Pikes Peak.  To be clear, I signed up for two events totaling 39 miles and 15,000+  of high-altitude trail running despite having not logged a tenth of that in the previous five months.  I had also that week told my friend Amanda that I wanted to pace her over Hope Pass at the Leadville 100.  "It gives me a reason to work", I said.

Through the spring and summer I continued to reach new milestones:  my first one hour run, my first race, my first multiple summit hike.  The pattern remained the same - push for a while, deal with a little bit of residual soreness in my foot, back off for a few days, then get back after it.  Hiking proved to be an activity that allowed me to regain strength in my left foot and leg.  Running took a back seat.

About two weeks before PPA/PPM, I did a huge mountain loop just outside of Lake City.  It was by all means the capstone of my summer -  8 summits, 21 miles, and almost 9,000' of climbing.  It left my left foot sore as I expected it to.  What I didn't expect was for the soreness to linger.  A week later, I found the ache to be just a bit more pronounced that it had been in the couple of days after that hike.  This was unusual, and frankly it scared me to death.  Having the symptoms show themselves in full force just a day before the biggest weekend of my summer and not having the luxury of diagnosing it in time, I was faced with a series of decisions.  When it was all said and done, I was just too scared to try and put in a hard day on my foot.  So...no Marathon.  No Ascent.  If not for my obligation to Amanda, I would have skipped out on all running last weekend.

Leadville itself was an experience.  If you've never paced someone before, you don't know what you're missing.  It's hard to put it into words.  It's just....rewarding.  Amanda rocked, finishing her first 100 miler ever in a shade over 26 hours.  I got to take her up and over Hope Pass, covering the 10 miles and 3,000' of climbing in around three and a half hours.

So did I make the right call?  Did I still do too much?  Should I have done the Ascent instead of pacing Amanda?  Well, a visit a few days later to Simon the Great - that's the best PT in all of the universe as far as I'm concerned - put to rest my fear that I had developed a stress fracture when he poked and prodded me and told me had likely just irritated a bunch of stuff in my foot.  I pushed hard all summer long, and now it's time to give my foot time to quiet back down a bit.  I'm coaching high schoolers these next few months, and if I run with them I won't see more than 20 or 30 miles a week.  Once their season is over, maybe my next season can begin.

As for the football.  Writing that letter was something I put off for many days.  Admitting that I had been such a bonehead sucked.  Here, I just want to move on and not think about what I had to miss out on.  Pikes is a special weekend, one I have had the pleasure of experiencing 7 of the last 9 years.  Not racing, not seeing all the familiar faces and places, it still makes me want to sulk like a little kid.  But as I've told others when they've had to miss out on it...the mountain isn't going anywhere. 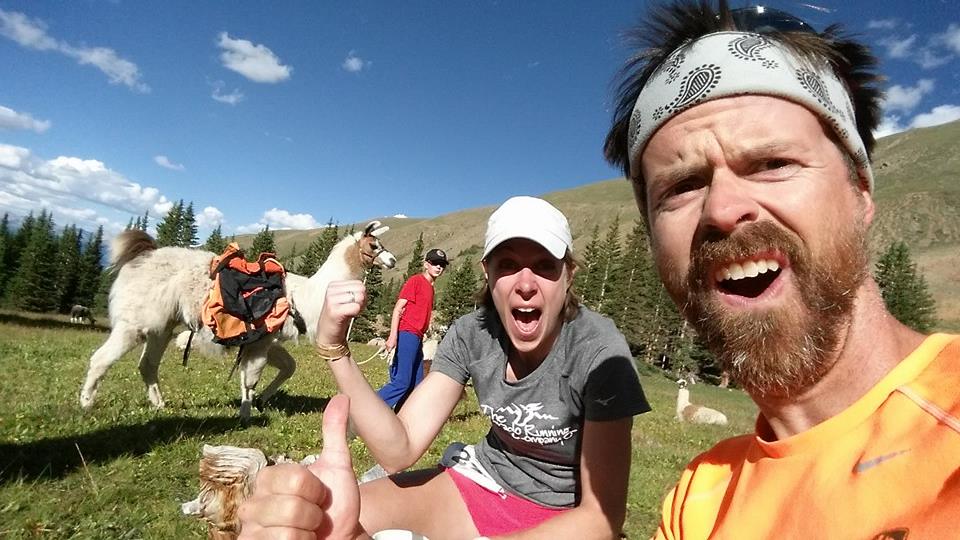