We've all heard stories of athletes being "in the zone." It's that mystical place where things become effortless and you can do no wrong. You may have even experienced glimpses of this yourself. Time seemingly slows, your performance elevates inexplicably to a level of mastery that was previously inaccessible. It's in this state that you discover untapped potential, yet you're not sure how you got there or when it will fade. And like those elusive autostereograms, once you think too much about what you're doing, you lose it.

As ephemeral and as flow may be, I remember one of my first experiences with seeing it first hand. It came while watching my brother, of average ability and slightly below average stature, play in a basketball tournament. While I have trouble remembering details of my own sporting events and certainly can't recall any of his other performances, what I saw that day rooted itself into the archives of my memories. The kid was simply unstoppable. Dribbling with his head down, Andrew sprinted with abandon towards the left baseline. Without pausing to think or collect his motor skills, he then heaved a shot from his left hip towards the basket. As his momentum carried his body far behind the backboard, the textured orange globe floated in an almost predestined orbit as if it could land nowhere else but inside the rim. This sequence of events occurred over and over again. Yet this wasn't some signature move he had dedicated hours to perfecting. He made this "lucky" shot once and then simply couldn't miss. Appreciate that this was a recreational league where the kids are considered fortunate if they make a single basket in a game. On any other day, the ball would've struck only air or rattled out with subsequent trials. But in those moments, the kid was unstoppable.  He had harnessed effortless perfection. He had found flow.

In the the world of endurance events, the "runner's high" is the analogous phenomenon to flow. It's the feeling of euphoria. The feeling of floating that comes not on command, but through some series of events below our level of consciousness. Most of the time we don't know how we got there or when it'll leave, all we know is it is beautiful. Blissful. 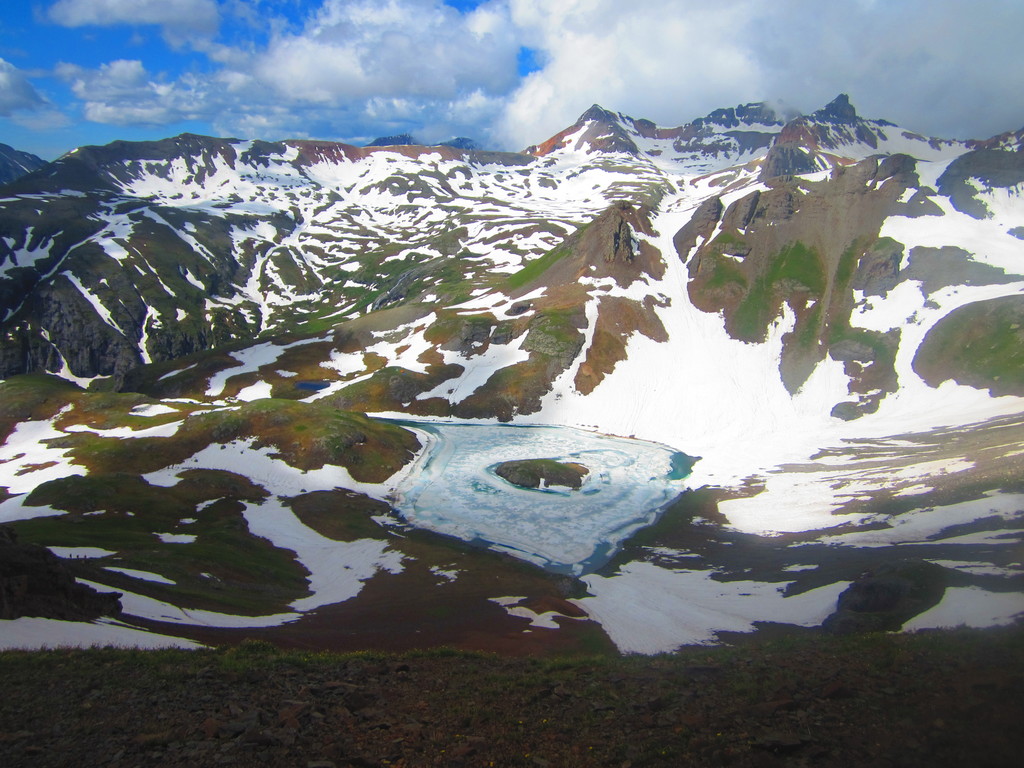 Photo of Island Lake taken days before the race

With Hardrock now just a couple of sleeps away, I've decided that finding and living in that place of flow is my primary goal. I can't recall the outcome of my brother's game that day, but his performance in those moments was unforgettable. Similarly, obsessing over finishing time and place naively discounts too many variables and takes away from the spirit of what I want the day to embody. In this adventure, I want to find rhythm in breathing, as labored as it may become at times. I want to be present and meditate, appreciating the largeness of the San Juan Mountains in between reminders to eat and drink. I want be grateful for the strength in my legs while paying homage to the mountains and the men who first explored them. If I can run with mindfulness, focusing on these simple things, I can't miss.

It's the Hardrock life!