And so it begins……or “Usual Suspects” Part Duex

I’d like to start my blog by acknowledging a few bloggers from the previous teams.  I have thoroughly enjoyed reading about Brandon’s adventures over this past two years.  From the monthly Pikes Peak summits, to Incline-athon, Stationary Elliptical Marathon, and most recently on his amazing finish in Fruita despite being “untrained.”  Brandon’s blogs keep me motivated to keep getting out there.  I’ve also enjoyed reading JT’s blogs, mainly because they make me laugh and remind me not to take running too seriously.  In fact, I took a page out of JT’s book last year on the final climb on the last stage of TransRockies.  A kind spectator offered us a “yellow beer” as we started the final climb up Beaver Creek and I took him up on his offer.  Here’s to you JT!  And of course, I would be remiss if I didn’t acknowledge my Goofy Buddy Amy, which is where this association with the PikesPeakSports.us Triple Crown of Running Team started 2 years ago and her blog on “Usual Suspects” (more on that later…..). 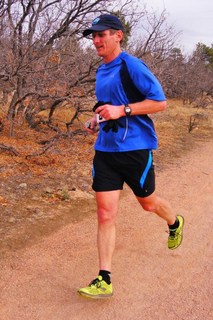 It seems as though the summer running season is sneaking up on me this year.  Being selected for the PikesPeakSports.us Triple Crown of Running Team is an honor, but now realization has set in.  The Garden of the Gods 10-Mile race is only four weeks away and I don’t feel anywhere near ready.  I know I can complete it, but feel pretty slow these days.  I do run year round which I continued to do this year, but this year’s preparation has been hindered by injuries.  I did run my first race of the year at the XTERRA Cheyenne Mountain 24K Trail Run a few weeks ago and although I did finish just fine, I wasn’t thrilled with my time.  The weather was great and CMSP is such a great place to run with some challenging climbs.

Of course, it is going to be hard to beat last year.  I had a pretty good results year for me competing in the XTERRA Colorado Trail Run Series and securing an entry into the National Trail Race final over at Snowbasin Utah.  And as mentioned earlier, I also competed in the TransRockies Run which was such a great experience.  But that’s also where the injuries started.  I developed tendonitis in my left shin on Stage 4 of the race and ran the last two stages of TRR in pain.  I didn’t know whether I’d be able to start each day, but wasn’t going to quit either.  We did finish and my shin was swollen for about a month afterwards.  I also found out that I damaged some cartilage in my right knee during the last stage.  I did feel a twinge in my knee, but didn’t think too much about it at the time.  My knee developed fluid in it and it was swollen for a couple months after the race.  So, needless to say, I did have to take some time off to recover which is extremely hard to do. 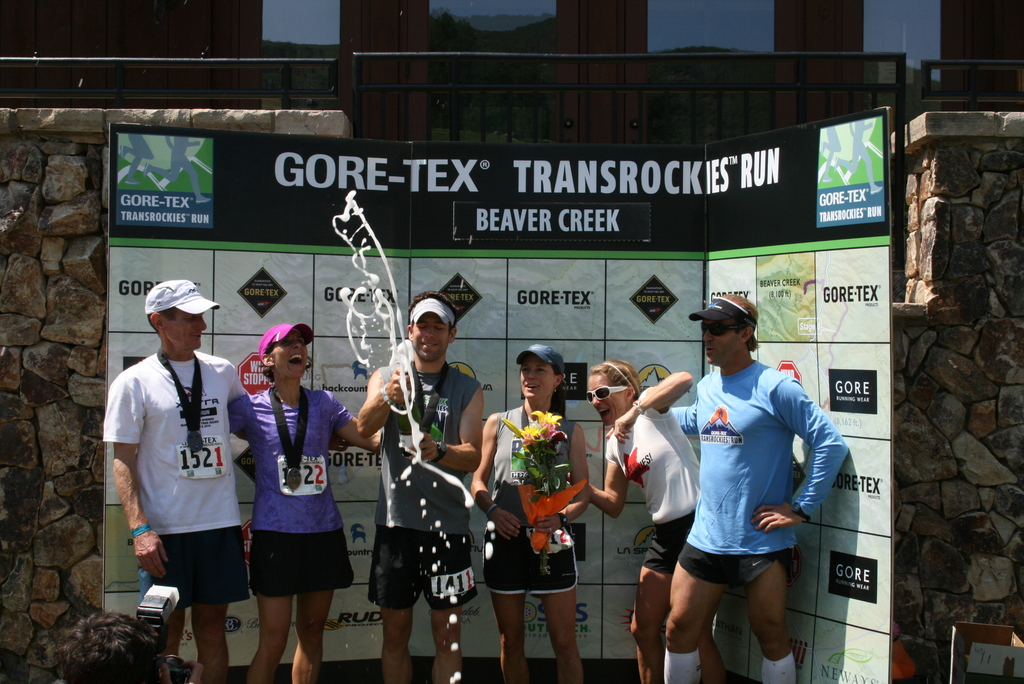 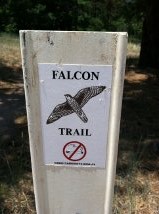 I have been able to get back to running these days.  And thanks to some of the “Usual Suspects,” they have kept me going through some of those tougher times where I didn’t necessarily feel like getting out there.  First, there’s Susie.  Susie is the rock.  She is always there (when a trail is involved anyway) with support and a smile!  I first met Susie 3 years ago just before the Pikes Peak Marathon.  I knew she was someone I wanted to train with when she gave me the “Lance” look on one of the switchbacks during the PPM, and I never saw her again until she passed me headed down.  We’ve been running together ever since.  My other good running buddy, Danielle has also been there throughout.  And even though she’s not as good on trails or a fan of the dark, she’s a trooper and puts up with our trail addiction as she strives to become a better trail runner.  Finally, there’s our Thursday morning Incline crew with LeAnne and Warren.  Both are amazing in their own right.

So, I am looking forward to the Triple Crown of Running this year and being a part of the PikesPeakSports.us Team.  You can usually find me out on the trails in the early morning hours with my running buddies.  Be sure to say “hello” if you can see us through the glare of the headlamps!  This morning was Falcon Trail in the daylight!

Glad you're managing the injuries Dave. I'm looking forward to reading about your adventures!

And both Susie and Dave need Facebook so the world can benefit from these adventures!!

Comment by Danielle Spivey on May 6, 2013 at 1:16pm
Amy you may need to drive to Susie's and sign her up on pikes peak sports so she can chime in
Ya know she's kinda anti technology

I love the picture from TRR!!  Welcome Dave!  Great post and just like Danielle said, don't be fooled by this guy...he's tough as nails!!

Comment by Danielle Spivey on May 6, 2013 at 8:28am
You were a rockstar on falcon yesterday after coughing fit.
Really running 15 due to running Back to make sure I wasn't on the ground again dead. See I'm a good running buddy. However I thought you should have repeated the death climb to give me a head start on down hill
Running downhill crying

Okay Kristy, maybe 5 weeks......and yes, I did do Falcon yesterday but didn't say it was pretty.

Thanks for ruining the sympathy vote, Danielle.  I know, suck it up Cupcake!  I'll remember that during our next run!  But remember to run happy even uphill! :-) !!!

Dave: four weeks away? really? Congrats on a great year last year - and here's to this one.  If Falcon is in your rotation, something tells me you'll be just fine at the Garden. :)

Comment by Danielle Spivey on May 5, 2013 at 9:59pm
Don't let these injuries full anyone! Susie and I still can't keep up with Dave he is a machine.