I'm a a sucker for displays of ambition. For people who seek out and take on big challenges. With time, I've learned that the flavor of the particular challenge is irrelevant. It's the struggle, the hint of uncertainty, and the underlying quiet confidence, fueled by determination that matters. It's found on the faces of the starting line of the Pikes Peak Marathon. It's within a toddler taking his first staggering steps, falling frequently but unrelenting because he seeks mastery of the skill. The members of Achilles Pikes Peak who strive to compete not as athletes with disabilities, but as athletes have it as well.  Ambition was also on display as Missy Gosney and Anna Frost became the first women to complete Nolan's 14.

The many faces of ambition 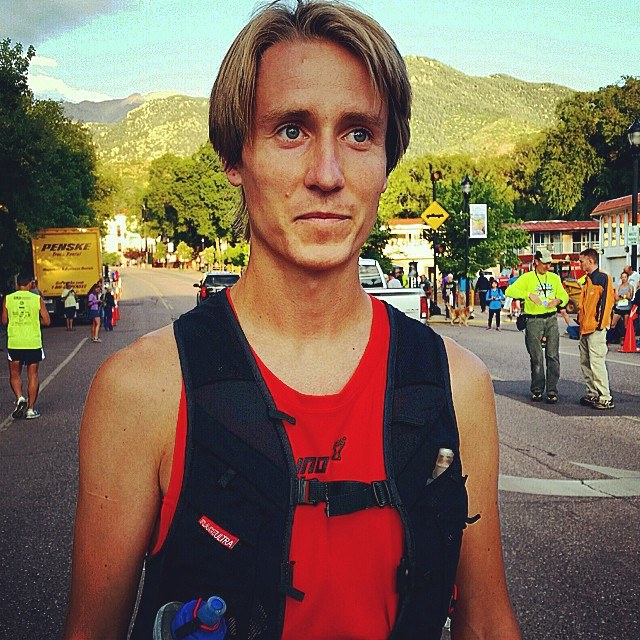 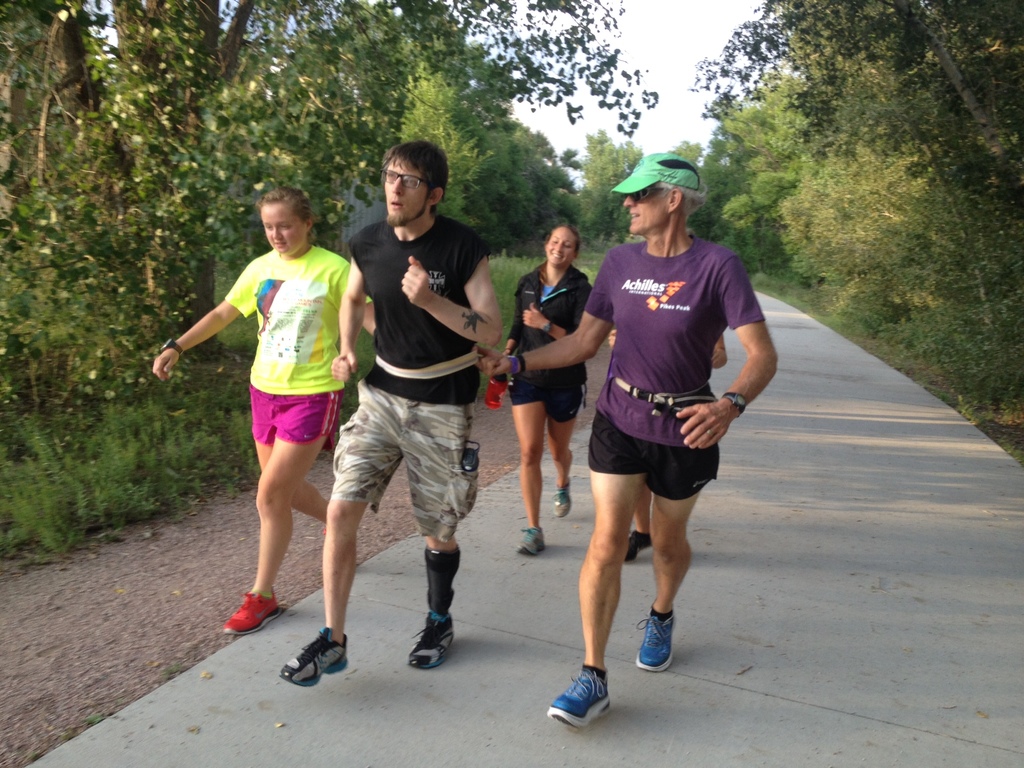 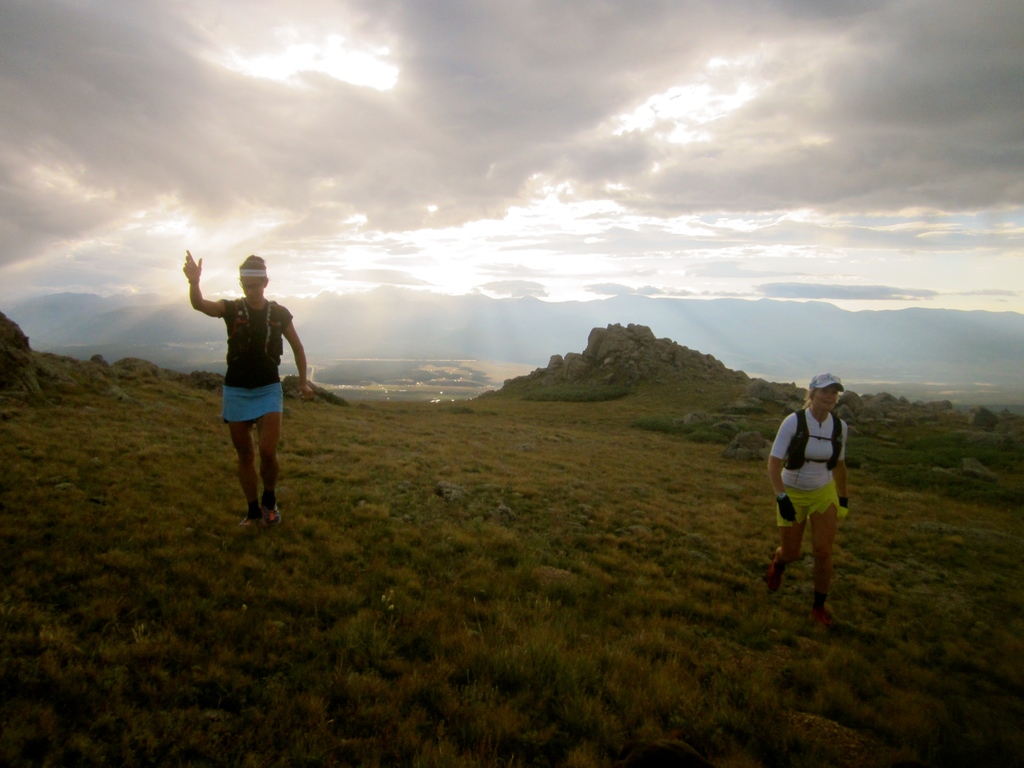 Nolan's 14 consists of summiting fourteen of the 14,000 ft peaks in the Sawatch range on foot over a distance of about 100 miles. Last year, Anna offered terrific support to Gavin and myself during our Nolan's adventure and so I wanted to do my best to return the kindness and assist with their endeavor.

My dog Charlie and I were granted permission to join the duo for what we could. In the days leading up the start, when I asked if they needed assistance with anything in particular, no special requests were made. The instructions were simply to bring ourselves and our energy.  And so, at 6 am, we met up with Missy and Anna at the  Leadville Fish Hatchery along with other members of their crew including Brett Gosney, Dakota Jones, Hannah Green, Mauri Pagliacci, Gustavo Reyes, and Bill Dooper. The mood was light but focused. 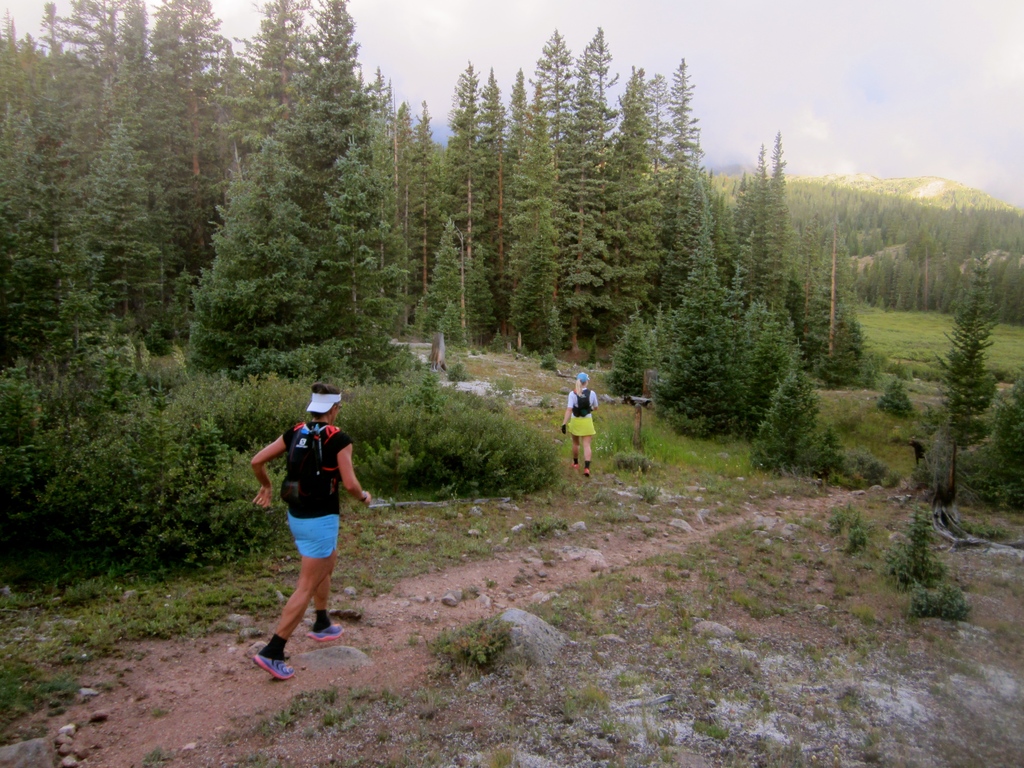 Towards Mt. Massive on the path less taken 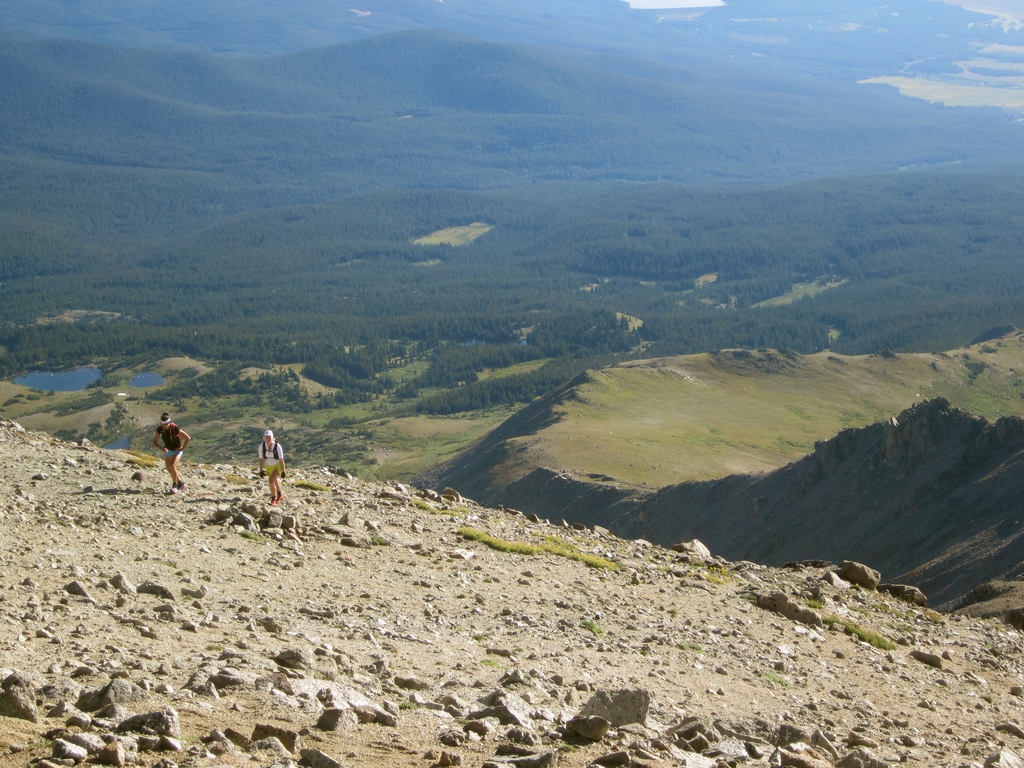 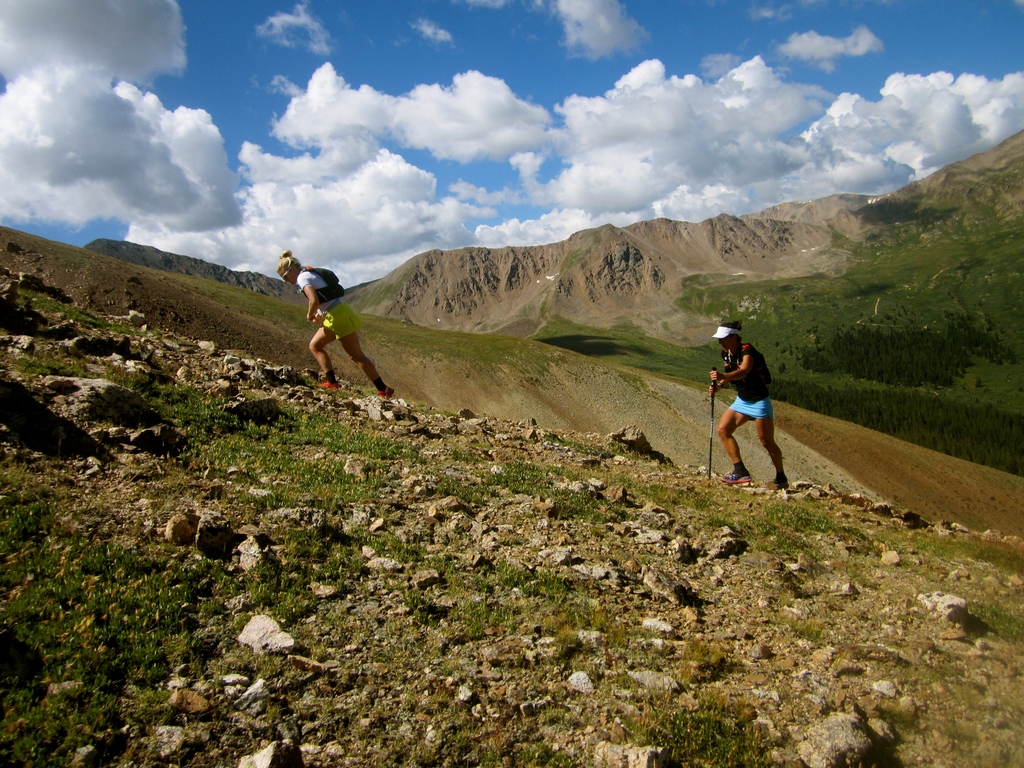 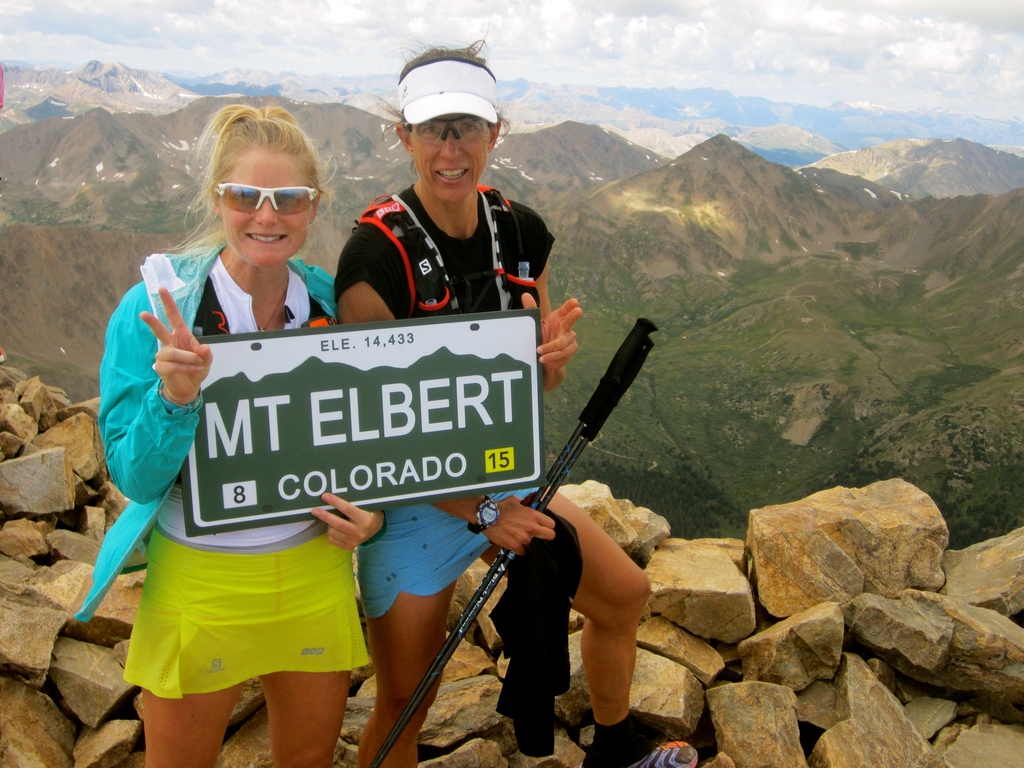 Anna and Missy on some mountain 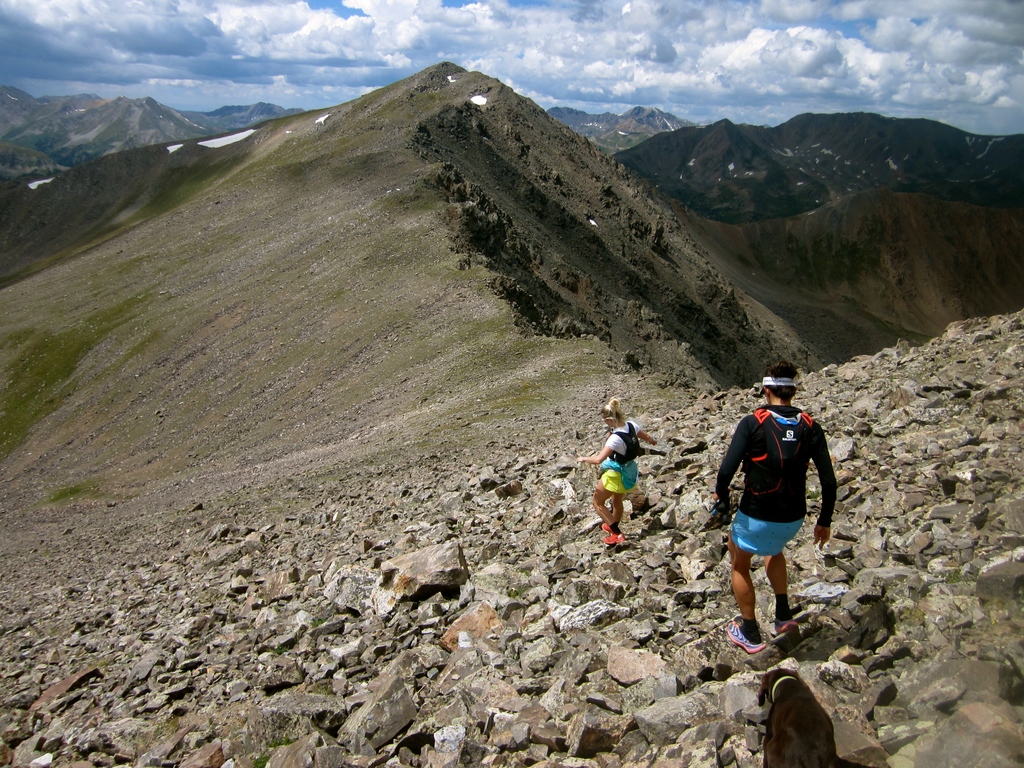 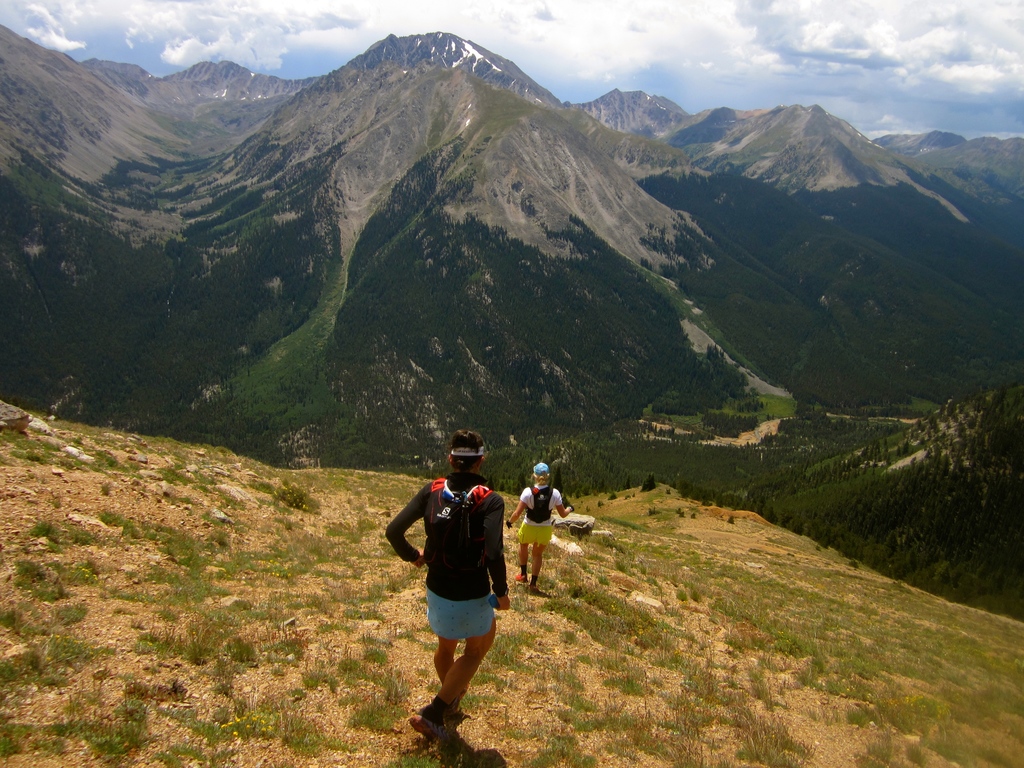 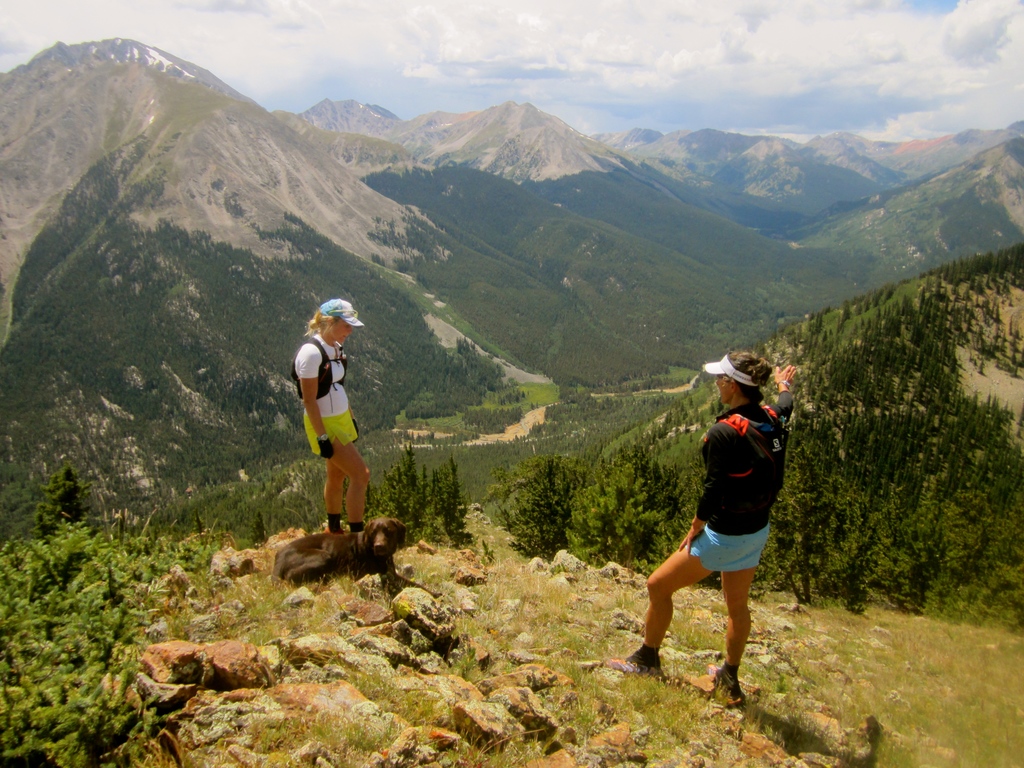 Charlie and I provided our company for the first two peaks, Massive and Elbert. But over the course of the day, I'm really not sure we helped much at all. In fact, we cost them some fuel and thus, at least a couple seconds as Charlie deftly snagged a bite of Missy's peanut butter and honey sandwich along the Elbert descent.  Returning to the splendor of the Sawatch was rejuvenating for me though, and I was happy to witness some small part of their journey.

The most impactful moment of the day for me came at some point along the grueling scramble up Mt. Elbert. As I witnessed Missy thrashing through the willows and then followed suit, I became present enough to appreciate the simultaneous awesomeness and absurdity at what they were doing.  These were adults, grown women, climbing waterfalls, bushwhacking through valleys, rock hopping in the rain, and staying up all night, only to continue again the next day. No one was forcing them to do it. They chose, or perhaps were compelled to struggle. It made me realize that the innate ambition that we had as toddlers, the one that drove us to walk and can be lost or at least unlearned if not exercised, is something that continues to stir within all of us. True, Nolan's, like other hobbies and recreational pursuits, pales in comparison to adult endeavors like embarking on a career path or starting a family when it comes to contributing to society. But those self imposed challenges and indulgences in play help maintain balance and happiness in life. They remind us that we can keep that inner child alive, that fire for living stoked, while simultaneously being mature and responsible human beings. They teach us that it's ok to grow up, but we need never get old.