Now is your chance to join the Incline Friends 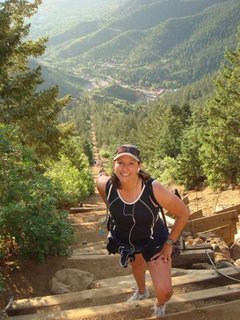 
A key component of the new Incline Management Plan - which is expected to receive final approval by all stakeholders within the next two months - is the creation  of the "Incline Friends" group.

There is plenty of work to be done and much of it needs to happen quickly. The Trails and Open Space Coalition is heading up the effort to organize the Friends group.

Hey Incline users. Trails and Open Space Coalition is leading an effort to form the  "Incline Friends" group. The Friends group will be the voice for Incline users and supporters who will help turn the  Incline Project Plan into reality. We need volunteer help in these  areas:

So it’s time to put your energy where your heart is and become an Incline Friend.  There will be an organizational meeting soon,
and we are looking for potential leaders and volunteers to step forward
and participate in the formation process.

E-mail Bill@trailsandopenspaces.orgThis e-mail address is being protected from spambots. You need JavaScript enabled to view it
or call at 719-633-6884.

The Trails and Open Space Coalition

The Mt. Manitou Incline was once the Mount Manitou Scenic Incline Railway.
It was shut down in 1990 after operating for 84 years. There are 2800
railroad ties, 2000 feet of vertical and has been featured in national
publications as "the world's greatest stairmaster." Part of it is
private property with a prominent "no trespassing" sign at the lower end
of the trail. But each day in good weather hundreds make the steep
climb. It has been extimated that over 200,000 hikers use the Incline
yearly. Most s opt to take the Barr Trail back down, which is almost 4
miles total. The average grade of the one mile Incline trail is just
over 40%, with one sectiona 68%. The property is owned by the City of
Colorado Springs, the Cog Railway and the US Forest Service.
In February 2010, the City of Colorado Springs received a Great Outdoors
Colorado  (GOCO) $70,500 grant and a $25,000 donation from a local
philanthropic family for developing a plan  for opening the Incline
officially. A consultant, Tapis and Associates, was contracted to
develop the plan. Through a community process, and with the assistance
of the Incline Task Force composed of stakeholder groups and residents
and staff of the cities of Colorado Springs and Manitou Springs, the
Plan has emerged. TOSC Advocacy Director Bill Koerner is a member of the
Task Force. The first stage of the plan addresses physical improvements
to the Incline such as repacing missing and deteriorated railroad ties,
proposals for traffic and parking solutions for the Ruxton Ave
corridor, connecting trails, trailhead improvements, rules of use and
signage. The future two stages will provide iterative improvements
including a shuttle system that would benefit users of the Incline, Barr
Trail and The COG Railroad. The opening the trail will require require
more money to implement the Incline plan, and require citizens
partipation though the formation of an Incline Friends Group.

Expect this group to come together quickly. The Friends group will be the fund-raising arm. Work on the first phase of the management plan - fixing and replacing ties in the most deteriorated sections - will begin soon and funds need to be raised quickly. If you love the Incline - and so many of us do - this is your chance to make a difference.