The Ascent: A little frustration and a lot of gratitude 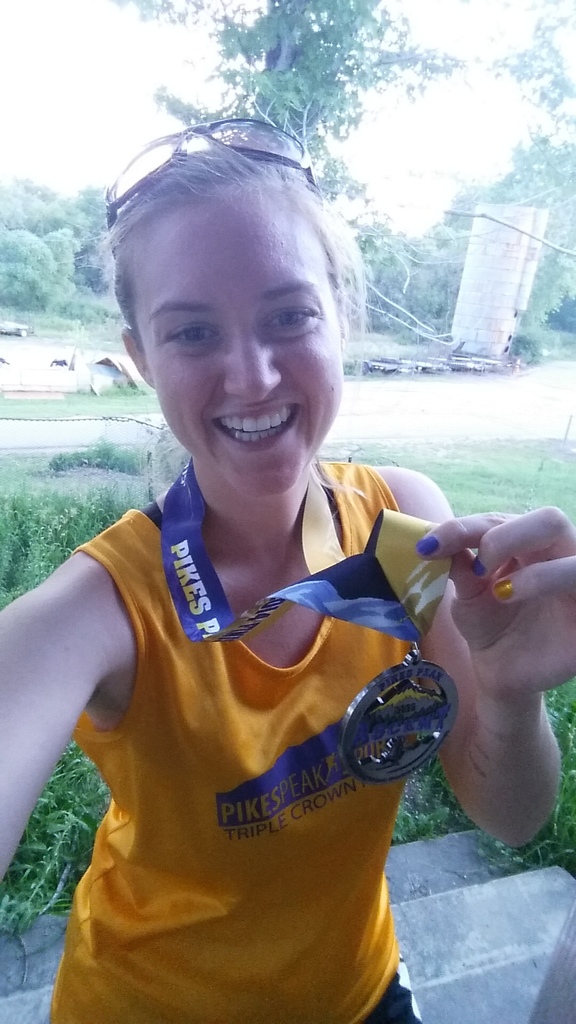 Tired, grateful, and feeling accomplished at the end of Ascent Day 2014!

Restraint was the name of the game for me as I ran my first Pikes Peak Ascent yesterday.  In an effort not to add injury to injury I had to seriously adjust the goals I had for the Ascent when the season began.  Anything under 5 hours meant there would be a lot of running, aka impact on an injury that’s still healing.  Knowing that once I hit the trail it needed to be a steady march to the Summit, I started the race at a run, deciding that going uphill on perfectly even pavement was about as safe as it was going to get.  Once I hit the W’s it was time to power hike for one mile, then another, and another, but I was in good company among the run-where-you-can-walk-where-you-can’t pack.

What was most frustrating?  Not the time that greeted me at the finish, even for this girl who is diehard about meeting her goals even if it feels like death on a mountain.  The most frustrating part of the Ascent was that I really felt the fact that I haven’t put in any training runs for almost two months. My left leg reached the Summit and felt like it could go for a few mores miles.  My right leg reached the W’s and felt like it has been replaced with lead; it felt like dragging one dang heavy appendage to the top of a mountain.  Thankfully, it didn’t hurt; it was just sort of weak and unwilling to contribute to the effort no matter how often I looked at it and said “come on, right leg, you got this buddy!”  Generally, my quads are very responsive when included in conversations, yesterday, as was sort of expected, it pretty much gave me the finger, shook like crazy, and said “figure it out, hon!”

What was the most exhilarating part of the whole Ascent experience?  I met so many amazing, talented, funny, supportive people over the course of the Triple Crown Series.  It was truly awesome to share the mountain with this incredible group of runners!  To get back to Memorial Park yesterday - after an entertaining car ride with Brianne, Bubba, Karin, and Nadine - and just hang out with sweaty friends who has run great races, hard races, surprising races, and disappointing races really made the day.  Time spent with this group of running friends - many members of the infamous BRT or the Purple and Gold Nation - has a way of putting things into perspective.  With your wisdom, I ended the day thinking: I just completed my first training run for the 2015 Ascent.  Without you I would have likely been left thinking something like: "Mary, you suck, please never call yourself a runner again."

Twenty four hours later, I feel nothing but gratitude for all the runners who have crossed my path or shared the trail this summer.  Thank you for reminding me that there is next year, and the next year, and the twenty years after that to focus on faster Ascents.  Thanks for the beer, the laughter, the hugs, the encouragement, the shared agony and triumph on training runs, and that sense of community that is unique among runners!

Awesome job, Mary! Way to gut it out despite your hip! You hit it on the nail, the best part of these races are most certainly the people you get to share the weekend with.

Mary you are awesome!  Loved spending time with you this summer and look forward to many many more runs and fun times ahead.

So very happy for you and even more proud of you, Mary! Great job out there yesterday and this entire year!