Pawnee-Buchanan, Pikes, and a Hurricane: The Birthday Blog

I have a pretty spotty memory when it comes to a lot of my childhood experiences. If I try to recall my earliest birthday, all I can come up with are vague clips of Putt-Putt or riding go-carts. And in reality, even those recollections are just memories of me watching home videos years later on what went down years ago.

Fortunately, Sean's Cripple Creek birthday run last year helped inspire a solution to the problem. Embarking on an epic mile-for-every-year run meant it'd be virtually impossible to forget another birthday! In 2011 I had a phenomenal time running the Four Pass Loop and for this go around, Pawnee-Buchanan was calling. Joining me would be a great group consisting of Zach, Steve, and JD who would be doing a double crossing of Pawnee pass, and Justin who'd be in for both passes. 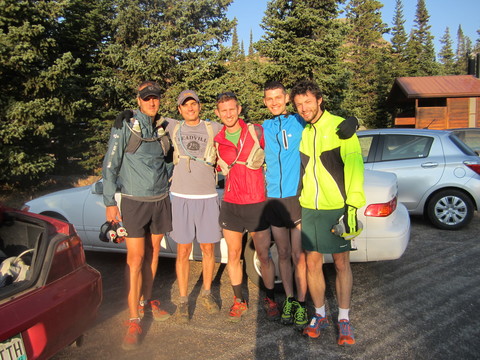 We opted for the clockwise route and were rewarded immediately with some of the best views of the day. 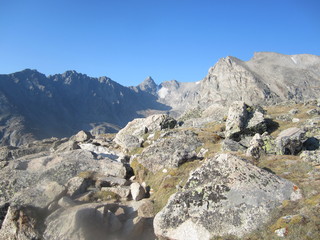 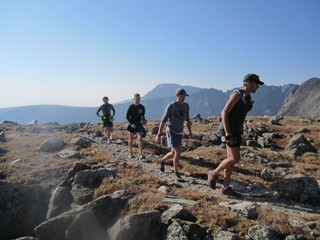 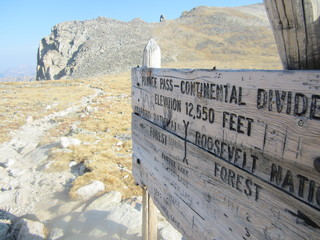 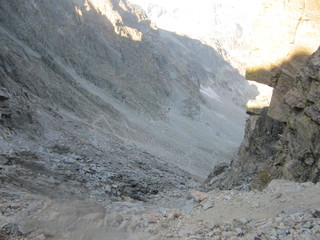 At the base of the western face of Pawnee, Justin and I said farewell to our friends and continued onward. Shortly after parting ways, we made the 1 mile detour towards Mirror lake that allowed this venture to officially qualify as a 28 mile birthday run. 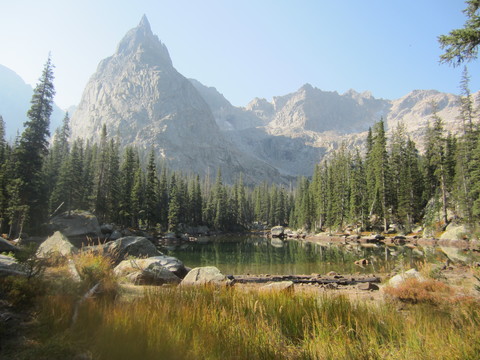 Justin and I continued to gradually lose elevation, and though we were moving well, the thought of having to gain back the altitude we'd lost was sobering. Luckily, there were plenty of streams, at least during this stretch, to offer an

excuse to pause and take in the scenery. 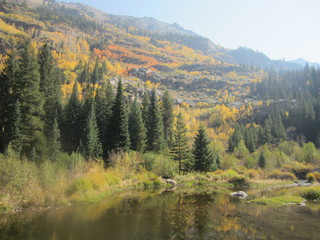 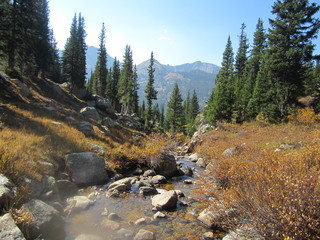 Somehow, despite relatively little running on the climb, we were still making great time at the top of Buchanan Pass. It was all downhill from here. 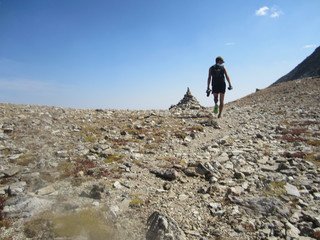 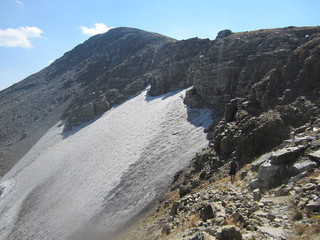 Except it really wasn't. In fact, the worst part of the run for me awaited in the form of a borderline fit of bonk/dehydration. In a sick twist of irony, a nut butter, which incidentally is my favorite food group, was nearly my undoing. After several miles of wrestling with the need for calories and an absence of fluids, I decided to eat and opted for a maple almond butter packet. One partial, yet painfully laborious swallow later and I found myself doubled over and in tears, choking on the viscous deliciousness. No fewer than 3 solid minutes passed before I was able to finally clear my esophagus and take in a full breath again. That was close! Thankfully, we came upon a kind hiker soon afterwards who offered up some water which salvaged the rest of the run for me. Justin was nice enough not to drop me during all that nonsense and we still managed to close the loop in 6:52. The Pawnee-Buchanan Loop was a trailrunner's dream and I'm looking forward to going back again during wildflower season. Next time with more water.

Thrilled with the run, yet aware of the waning opportunities to keep my monthly Pikes streak alive, I made a last minute call. I decided to take advantage of the Pikes Peak Highway trial period for cyclists and ride the 19 miles up to the summit the next day. It was the longest bike ride I'd done in a couple years and needless to say, it hurt. A LOT. But the terrifyingly amazing ride down was well worth the effort. 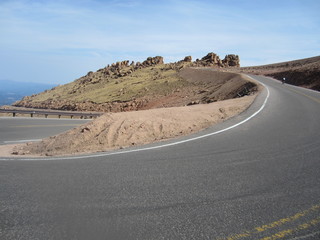 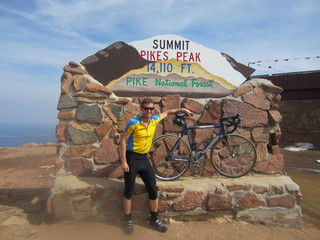 The scenic highway brought with it fewer concerns for erratic, inattentive drivers which has been a big reason why I don't ride as much anymore. It reminded me of times long ago when I'd ride to Mt. Mitchell or Mt. Pisgah on the Blue Ridge Parkway in North Carolina. I'm not sure how things would work in the middle of summer with heavier automobile traffic but I'd definitely consider returning if it does become a permanent option.

At this point, I'd sufficiently trashed my legs. No injuries. Just not much else to give. But considering I'd taken Monday off and this time, it actually was my birthday, I knew there was some small adventure just waiting to be defined. I pulled out the trusty Pikes Peak Atlas and scoured it for a trail I'd not scoped out yet. Enter, Hurricane Canyon. I'd heard friends talk about it and it seemed like a good option. And, to ensure I didn't do anything too foolish like run up the Peak, I employed some self-induced sabotage by taking Charlie, the big camera, and no water. Perfect! 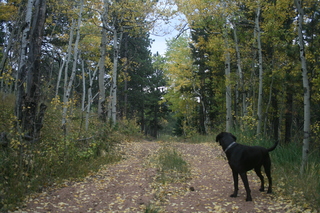 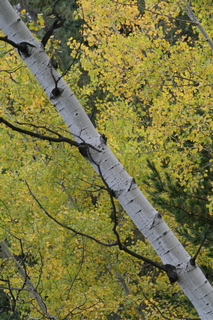 Oddly enough, this "lazy" hike was great in that it provided me with a nice opportunity for some introspection. Doing Pawnee-Buchanan and biking Pikes were fantastic in their own way. But having no real destination or time frame was a welcomed relief. If I wanted to hike? I hiked. If I wanted to sit? I sat. If I wanted to run? Well I couldn't. Not very well at least. So I hiked.

It allowed me to reflect on the past year of my life and to recognize how fortunate I am. First and foremost for my family. For my terrific mother, who has graciously shared her birthday with me for the last 28 years. For my dad who's quirkiness never fails to make me smile. For my brother, who is inspiring in his own unique way and is the best-kept-secret chef around. Thankful for my fantastic group of friends, many of whom I've only met in the last year, who make me feel happy and a little less insane. Thankful for my job and my coworkers, who, despite tumultuous times, continue to find a way to change lives for the better.

In the past I've abided by the "have fun and do some good" philosophy in life. Now whether I'm still traumatized by the almond butter fiasco is anyone's guess. But there's a line from a book I've read that says "Life is made up of moments, small pieces of glittering mica in a long stretch of gray cement." I like it. So I'm going to amend my current mantra with the following: Have fun, do some good, and appreciate the little moments.

YEAH!!!! Happy Birthday to you!