So far the hardest part of Leadman training has been finding the time to squeeze it all in.  For some reason, work still expects me to put in at least 40 hours a week despite my quest, and the wife still expects me to do stuff around the house.  Hell, my dog won't even give me a pass on taking her out for a walk at least twice a day.  Despite that horrible oppression, for April I got in 34 hours running and 28 hours of riding.  May saw 43 hours of running and 25 hours on the bike.

My first big bike ride came back at the end of April when my buddy Marc threw down a challenge he was sure I'd decline.  His plan was to ride up to Left Hand Brewing in Longmont, roughly 110 miles away, for the Hops & Handrails Beer Fest.  I only agreed because I figured he'd bail.  But judgment day came and neither of us wanted to be the wus, so after work on a Friday we started pedaling north from Red Leg Brewing.  We made it to Dry Dock Brewing in Aurora and had enough pints that we weren't afraid to stealth camp just outside of Cherry Creek State Park.  Hobo living at it's finest! 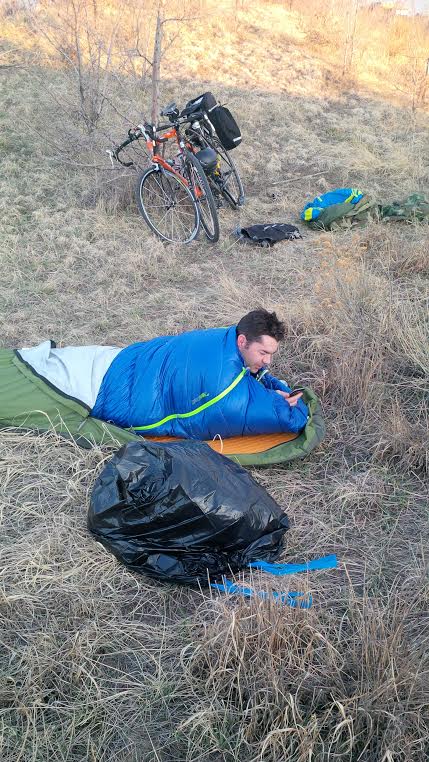 We woke up early Saturday morning, and after a breakfast of bacon cheeseburgers at the Denver Diner we were off to Left Hand.  Marc is the worst navigator ever, but eventually we arrived at the brewery just in time to drink a ton of Colorado microbrews.  5.5 hours in the saddle both days, a huge breakthrough on the bike for me.  Luckily, all the beers on Saturday and the hangover on Sunday made me forget all the pain from the rides. 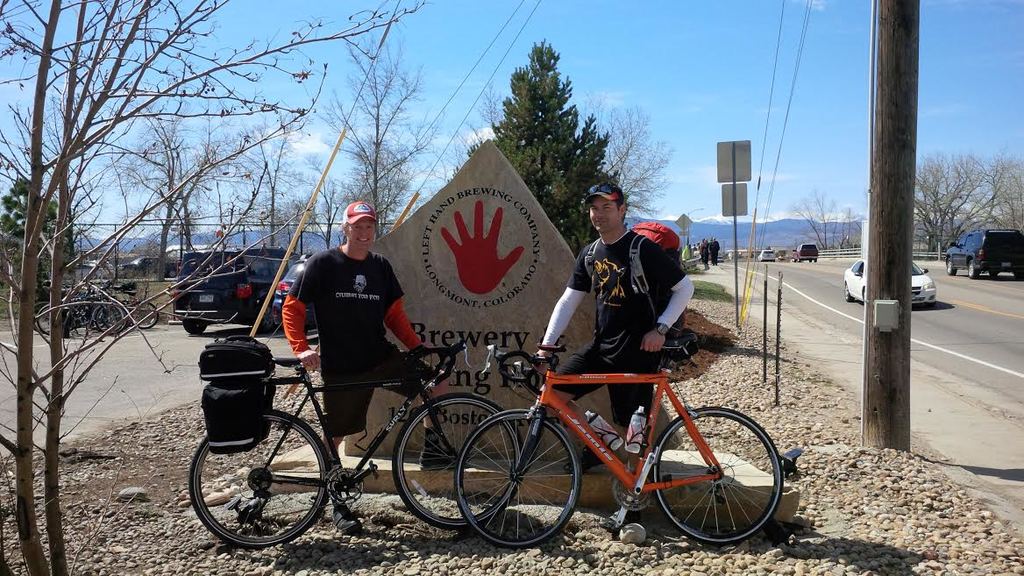 Shortly after the Tour de Left Hand I entered a stretch where I ran the Cheyenne Mountain 50K, the Collegiate Peaks 25 miler, the Quad Rock 50 miler, and the Colfax Marathon.  Way too much for me, but I made it through that month uninjured and now feel I've come out stronger.  I've definitely put in the work for the run, but the bike events for Leadman keep giving me nightmares.

Last week I took my first stab at the hundred mile distance on the bike.  I went up to Douglas County for the Sunrise to Sunset race, an eleven hour ride around the eight mile loop at Greenland Open Space.  Ended up surprising myself and hit the hundred mile mark in just under nine hours.  The best part of the day wasn't when I crossed the century mark, it was at lap three when I found out that one guy had gone one lap and headed home.  I was super stoked to know I wasn't going to finish in last place!  I wasn't too sore from racing, but the act of sitting on a bike seat all hunched over for that long beat me up pretty good.  Still feeling pretty rough the next day, but I had another good ride at the Elephant Rock 100K.  So maybe there's hope for me against that looming twelve hour cutoff at the LT100 bike.

And that's about it for training.  The Leadville Marathon kicks off Leadman on June 14.  From there I'll just try to stay healthy and injury free until mid-August.  I'll start running less and biking more since I feel way more confident about the running events.  Wish me luck.

Speaking of luck, good luck to everyone not in the 35-39 age group running the Garden this Sunday!