Happiness, The Circus, and the "Pedestal Effect"

If the walls in a running store could talk, they'd have some pretty interesting tidbits to divulge.

On today's episode of Loafing Around the Register at the Runners Roost, the topic of happiness came up. Well, not directly, let me backtrack. We were taking about Emilie Forsberg, her perpetual adorable smile, her seemingly everlasting happiness, and how this just has to be because Sweden is ranked one of the happiest countries in the world.

I mean, who wouldn't be ecstatically happy frolicking through the mountains everyday, living in a paradise like the one below: 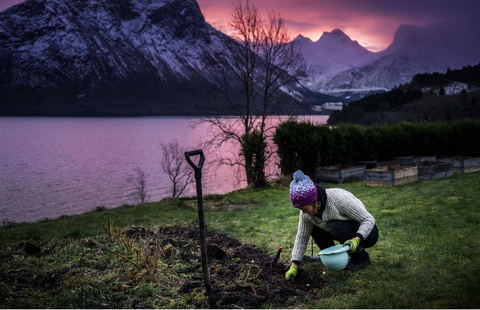 The above photo was in fact my phone screen wallpaper for ages. Just looking at it fills me with peace, happiness, and tranquility, and a weird sort of longing. And that beanie...OMG SO CUTE. When eventually I'm dead as a tree stump, whatever happens, I hope I wind up in that very spot. But now we're getting sidetracked (sidetracked? On this blog? Never!).

So we got to talking about happiness and what creates it and how the happiest nations in the world, while they have a number of societal, environmental, economical and financial factors at play, apparently one thing that has less emphasis placed upon it is social class.* Yes, the topics get quite deep at times.

*Please understand that I am presently talking out of my a$$ as I have never left the US.

But the point being, in these supposedly happy places there was less emphasis placed upon social standing: money, jobs, material wealth, accomplishments, power and the like. Basically the opposite of the US. We don't even crack the top 10 happiest countries in the world, despite all of our apparent wealth. We're individualistic, hard-driving, and achievement-oriented. It's not for the faint of heart, whether we like it or not. Also, in these lands of happiness, there was also more emphasis placed on human connection, but that's a multi-paged topic in itself.

In other words, we're all about making it to the top of the very highest pedestal, and it costs us mightily.

I read a book not too long ago, by one of my favorite authors, Donald Miller, where he talks about his struggles to connect with people and be real with anyone and he struggles to hold down any sort of meaningful relationships with anyone because he is constantly hiding behind things that he thinks validate him and give him worth (and it made me feel squirmy and uncomfortable because it reminded me of me) and ultimately it almost costs him a marriage. It was such a close call that he cracks and decides to go to therapy, which involved going to a retreat of sorts. He comically describes the biggest challenge of this retreat as being that it was absolutely forbidden to talk about or ask what one did for a living. This prevented the creation of any sort of perceived hierarchies or pedestals and forced everyone to talk about anything but the superficial and often meaningless things that we value and place upon a pedestal. Apparently it was life-altering.

And that's the unfortunate way that my mind works: with many degrees of separation, multiple tabs open at once, at least two screens frozen, the anti-virus software has expired, and where is that music coming from and HOW DO I TURN DOWN THE VOLUME?

"You're not this person, but they make you this person," this other book that I like a lot, the Silence of Great Distance, sums up the Pedestal Effect quite nicely in a paragraph, quoting Stephanie Herbst, a young phenom runner at Wisconsin in the 80's. "If you win, they say you're beautiful, you're sweet and you're nice, and you're also doing well in sports. Not that you're just a good athlete, but that you're now all of these other things, and you're coincidentally doing well at the sport. They build you up to be something you're really not, and it's like 'Wow! Is that me?' You'd like to believe that it's you and you take on that persona and think maybe that is me. But then when you don't do well, they funnel you back to this horrible person that you're really not either."

Tack on 30 years and add in social media and HOLY PEDESTAL EFFECT. Nothing amplifies the Pedestal Effect quite like social media: now millions of people can fake-validate you at the mere click of a "like" button, or do the opposite with a few thoughtless comments.

We do it with everything: financial/occupational/social/material success must surely equate to being a marvelous human. And the opposite holds true. But for the sake of this blog, we'll just talk running.

My friend Allie* and I refer to some of the factors perpetuating the Pedestal Effect as The Circus. The Circus encompasses all manner of shameless self-promotion, hashtags, and general infatuation by the masses of successful runners. Not only are they successful, but they're exceptionally magnificent people, because they're running well. Most of these people are in fact magnificent people entirely separate of their running, but the Circus doesn't really recognize this, because once that person has a rough year or season or two...POOF.

Discarded. It's like they never existed. Or that they are now somehow less than they used to be. Guess they're not so cool after all. It's quite sad actually.

And I think you have to get knocked off the Pedestal a few times to actually recognize its presence and recognize that you have limited control over remaining on the Pedestal. People are fickle creatures. And running is a fickle mistress. If you're lucky enough--lucky in a twisted sort of way--to become familiar with this, then you can demolish the Pedestal. For instance, Allie will be Allie to me whether she wins the World Champs or elopes with a questionable boyfriend who shall remain unnamed and never runs a race again.

*This individual's name may or may not have been changed for privacy's sake.

Circling back around, it is possible that Emilie is not really this happy, warm and smiley person whom the Circus is merely infatuated with for the time being. But in a great twist of irony, I have placed her on a Pedestal as being such.

I'd have more to say, but my brain done 'sploded.

Speaking of 'sploding, we could all be so much happier if we just blew the Circus roof off. 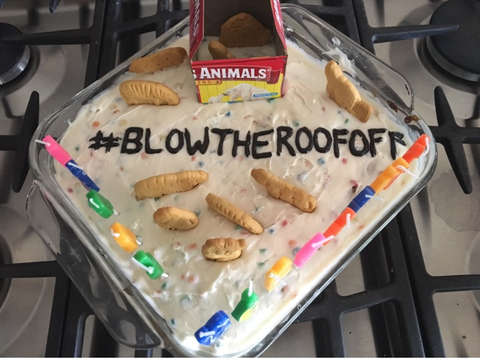