All of us here on this site are active. Whether it's running, hiking, or cycling - we love to be active and enjoy the beauty Colorado has to offer.  But sometimes injuries set us back and keep us from doing what we love.

My 2013 was going to be a great comeback year. I was a little fatigued after doing a late season Ironman in 2011 (Arizona), followed by a spring marathon (LA). After doing some mountain bike racing in the summer of 2012, I took several months off of structured training. Except for lifting weights and leading my Friday evening ride from Cafe Velo, I didn't do much training. By the end of the year I was itching to get back at it.

In December of 2012 I started working with a new coach, and we were working towards getting me back on track so I'd try to PR the Boulder 70.3. My main goal was to go sub-2 hours on the run. The heat at that race has always been my nemesis and my best time was 2:10, when I've got sub-2 in Kansas.

I started the year at the Super-Half Marathon, got within 2 seconds of my PR at the 5k on St. Patrick's Day, and then had a blast at the Tri-Lakes Time Trial and did a few laps of the Cafe Velo Gran Fondo. My fitness was coming back and I was enjoying the training and the early season racing. 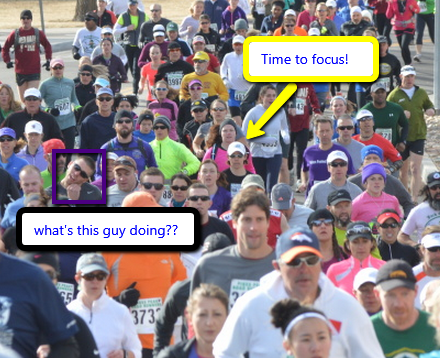 My real race season got underway at the Kansas 70.3. While not a PR for total time, I had my best swim and best run on that course. The wind held me back on the bike, but the power numbers looked good. A solid race. Must have been the Punk Rock Racing tattoo. 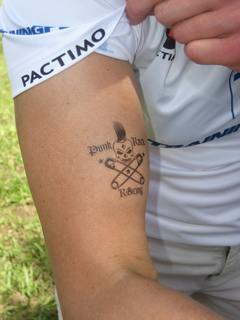 The next weekend was the Boulder Sprint. I always like doing this race since it was my first triathlon. I was still a bit sore from the hard effort the weekend before, but I went as hard as I could on a great day! I had a few days off from training, got a massage, and then we eased back into training.

I was a bit tight from the back-to-back racing. The following week I did a great track workout, but this was probably when the injury occurred. My hip got tight and the next day it was pretty sore. I thought I pulled my hip flexor, but when a massage didn't do anything, I got in to see a PT.

The short version is that he adjusted my hip and ankle, which were a bit out of whack, and then we strengthened my glute, which had become very, very weak. We thought it might be a stress fracture and over the course of the next 8 weeks, I did some water running, kept with my swimming and biking, and would do a "test run" once a week. I also got an x-ray of the hip just to make sure there wasn't anything obviously wrong. I was making progress, but still had some discomfort in the groin when running. (In the meantime I started coaching for Discovery Canyon's high school cross country team. I rode my mountain bike with them on their training runs.)

During July and August, I also competed in the Boulder Peak triathlon, where I walked the 10k , and the Boulder 70.3 and skipped the run on that one. That allowed me to hammer the bike and beat my previous best bike split by about 10 minutes.

But since I wasn't improving completely, the next logical step was to see an orthopedic doctor. I got a recommendation by a couple people to see Dr. Huang at Colorado Springs Orthopaedic Group. He suggested an MRI (really MRA) to see what was going on. In between the first visit and the MRI, I was actually starting to incorporate running (run/walk) back into my training, as I was feeling better (or so I thought). I was certain that when I went in for the follow-up from the MRI, they would say it was a stress fracture mostly healed. Instead they told me I had a torn labrum. 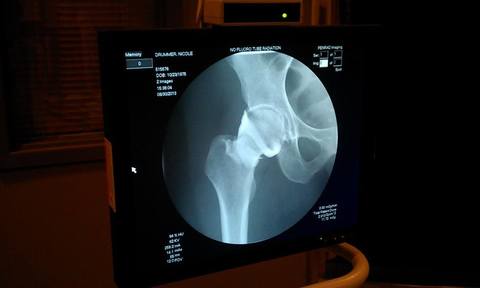 And unfortunately they don't fix themselves. I did some research and talked to some people who have had similar surgeries, and decided it was best to fix it now rather than try to "deal with it." I scheduled the surgery for October 30th. This would be after the cross country season finished, and a good time of year for recovery since we have less daylight and it gets a little chilly. I got the most out of riding my bike the weeks before the surgery and did a great 44 mile round trip ride (Monument to Urban Steam and back on the Santa Fe trail) two days before.

As I write this, it's been 5 weeks since my surgery. I was on crutches for two weeks, and even once I was cleared to leave them be, a trip to the grocery store was taxing. Recovery is going well, but I still have a few more months before I can even think of running again.

I see improvement each week, but have to take the doctor and PT's orders seriously. I go to physical therapy twice a week and do exercises daily.  I just got permission to get back in the pool this week but can't kick or push off the wall. I have to use a pull buoy. I can ride on my trainer, but can't use any resistance. But hey, a little spinning at 35 watts is better than nothing!

Yes, I was starting to go a little stir crazy, but now that I can get back on the bike a little and swim for a few minutes, I have a little release. But the hip also tells me when I do too much (sometimes two days after the fact, but it tells me!) Now that I have energy back, it's a little more challenging to be sedentary, but I know what must be done. Sometimes sitting on the couch with my feet propped up in the recliner is the right thing to do. 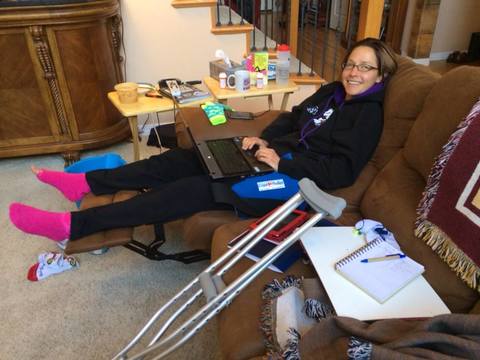 Am I set back again? Sure. I was getting back into 2011 shape, and now am forced to be quite sedentary for a few months. The good thing is we caught this pretty much when it happened so I could get it fixed as soon as possible. I will most likely be able to be back in action in early March (so you'll see me volunteering at the Super Half Marathon this year instead of running it.) Late summer and early fall races should be no problem!

I take advantage of getting outside when I can. I went to the Pikes Peak Tri Club Thanksgiving Day Pie Run, and instead of running, I "guarded" the pies in the parking lot. But I still got to enjoy being outside at the Garden.

As a coach, I know injuries happen. When we get little tweaks and niggles, we take the couple days off or even a couple weeks to address them - which is better than the alternative that I am experiencing. We can and should take measures to prevent injuries, but sometimes the injury is beyond what we can prevent.

I take each day at time, not thinking about what I can't do, but enjoying what I can. I am thankful that I have the opportunity to do what I do, and that I have the strength to be a "patient patient" as I recover.

I will be back with a big smile! 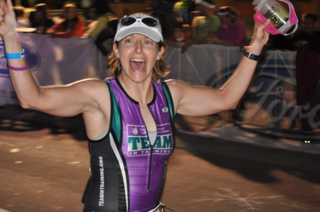 I've written more details about my experience with this on my personal blog, http://nicoledrummer.com.

I should follow up with a post soon...recovery is going pretty well and I even jogged on an AlterG ("reduced gravity") treadmill this week. I go for my 12-week follow up appointment on the 27th so I'll put something up after that. Though I have been blogging on my personal site (nicoledrummer.com) each week.

Any updates on your progress?  Hope you heal quickly!