Such a fantastic weekend of running!  With all due respect to the winter sports crowd (I hate being cold and don’t even like to get out of bed if there is snow on the ground) this is by far the best time of the year to live on the Front Range.

Friday after work I made the short drive up to Lewis-Palmer high school for an all-comers track meet.  My first track race in over 15 years, I attempted the 1500m/3000m double.  Forgot how painful racing on the track can be, but now that I’ve recovered I’m thinking I had a lot of fun running around the oval.  Ran 4:48 in the 1500 (roughly equal to a 5:08 mile) and 11:01 in the 3K.  Big thanks to Coach Chris and his High Altitude Running Team for putting this on.  Rumor has it there may be more meets this summer, and just in case that’s true I’ve started working on my Steve Prefontaine moustache.

On Saturday I entered my dog in her first race, the Ruff Life two miler.  The dog was much more interested in making new friends and playing in the creek than she was on throwing down an impressive race.  Started three minutes late, then the dog took another ten minutes goofing off in the water, and we crossed the finish line in just over 26 minutes.  Post-race celebration was at every dog’s favorite pub, Kinfolk’s.

Of course the main event of the weekend was the Garden ten miler.  Sunday morning I woke up still sore from the track, so I took an easy 2.5 mile warm up jog along the Midland trail to the start.  I raced smart the first half, hitting five miles in 35:20.  Gave it everything I had over the final five miles.  I knew I was running as hard as I could when, at mile 7.5, I passed a good friend/hated rival of mine and could barely muster enough breath to make fun of him.  Ended up crossing the finish line in 67:48, real good for me, especially given the windy conditions.  As good as I could have hoped, and it sets me up nicely to make a run at a Triple Crown age group award.  Hard work only gets me so far, so now I have to hope that the New Mexico runners well ahead of me at the Garden don’t show up for the Summer Roundup.  I’m also counting on Tommy Manning to grab an overall award, pulling him out of age group contention.  If none of that works, I’m just going to get Peter Maksimow’s beard to run the Ascent wearing my bib, and that would ensure total domination. 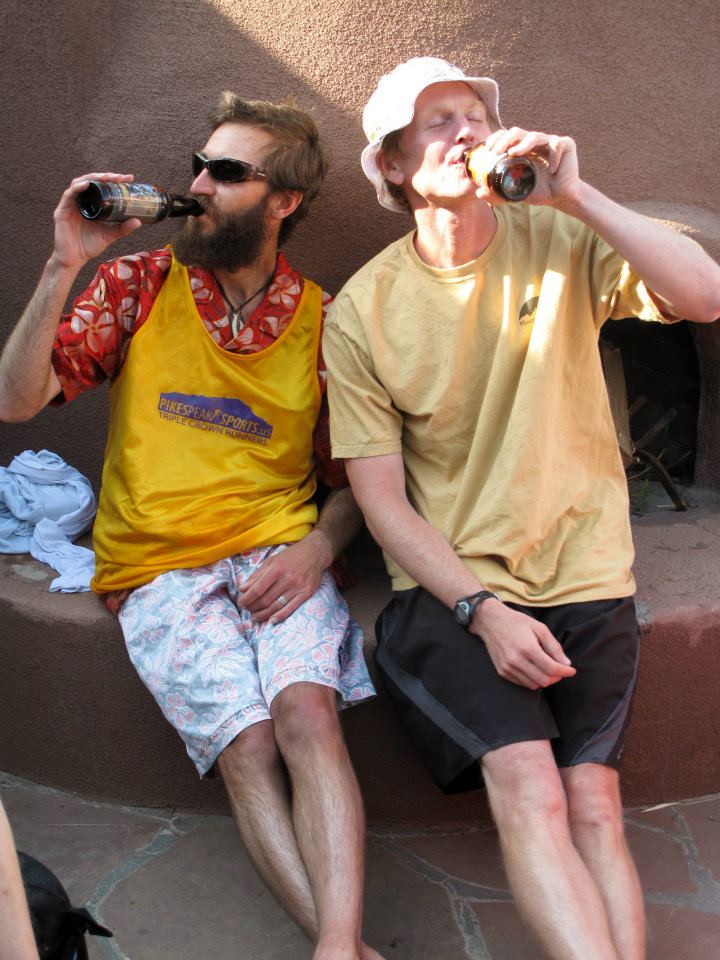 No age groups, and they had everyone from the little Landsharks rugrats to folks well over 50.

Bummer about your dog.

I have been afraid of the track now that I am pushing 50--any races for 50 and over women up there?

Enjoy that dog.  Sadly, one of mine(the chihuahua) passed away this morning and, once again, my heart broken by another pet dog.... Not the first time, probably not the last.  Only a beagle, two kids, a ball python, and my husband here at home now.  I won't cry as hard when the ball python passes...