Katie and I were recently given a late wedding gift that was about the most awesome thing ever: 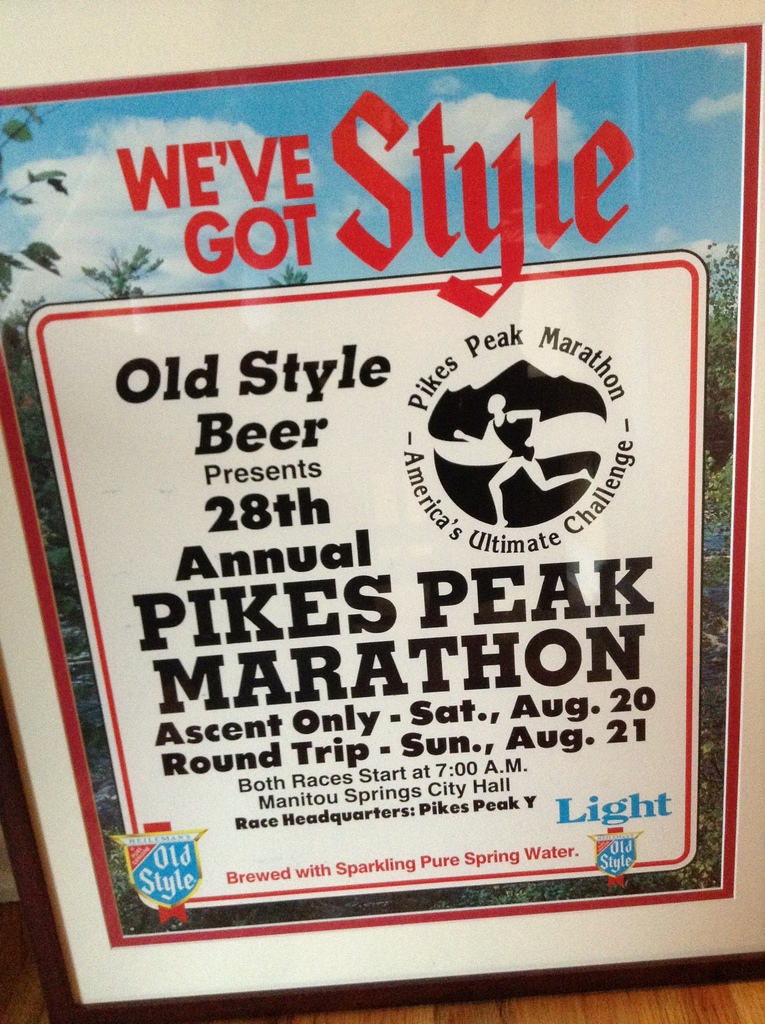 A buddy of mine swiped this off the wall of an Old Colorado City pub some 20+ years ago.  The sign hung out collecting dust in his basement until he decided I could give it the proper respect.  I sent a picture to Matt Carpenter, implying that if they had a category for “best vintage Pikes Peak memorabilia that included yellow beer” I would own him.  But in yet another story of Matt’s competitiveness about the mountain, he immediately sent me this, which hangs on a wall in his home: 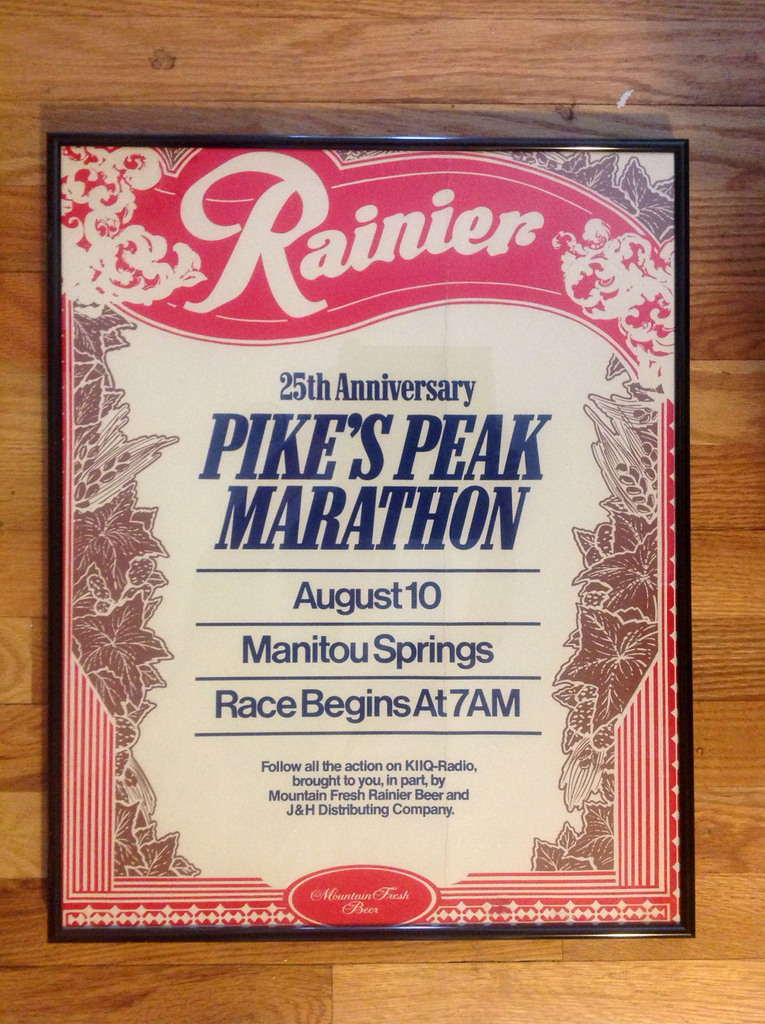 Have to give him the edge in this one, as his poster is three years older.  Definitely the closest I’ll ever come to challenging Matt on anything Pikes related.  But he better stay on his toes, as I’m always on the hunt for one of these:

As a yellow beer connoisseur I can tell you that it’s tough (though not impossible) to find classy beers such as Old Style and Rainier here in the Springs.  But if this post makes you want to have a brew while dreaming of a snow free Barr trail, head up to Pikes Peak Brewing where they currently have the Ascent Pale Ale on tap.

On a different note, last Sunday I had the pleasure of running the inaugural Horsetooth Marathon in Fort Collins.  It’s been a tough couple of weeks for the Fort Collins Running Club – they’ve already dealt with a fire near some of their favorite trails, they had lots of locals running Boston (including the RD of the race), and then they got a few feet of snow dumped on the race course.  But the show went on, and the Fort folks did a great job and put on a quality event.  They were unable to run the original course which had included tons of singletrack trails, but we still got about 15 miles on dirt before eventually joining up with the half marathoners and finishing at New Belgium Brewing.  The start included 26 seconds of silence in honor of Boston, and then the feel-good moment ended abruptly as we began a four mile climb up and around Horsetooth Rock.  Nice to get that disaster of a week in the rear view mirror.