I sent out a Facebook notice that I was going to summit and Marcus Lawler, one of my Inline Club friends responded that he was running to A-Frame on Saturday and would love some company.  Neither one of us were looking to go fast, but just needed to get some altitude and miles in.  So this worked out perfectly. 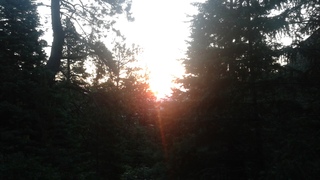 We left Memorial park around 5:25 AM.  The first couple of miles ticked off pretty easily, and we were on Barr Trail as the sun began to rise.  With smoke in the air from regional wild fires, it was a spectacular sunrise.

This photo doesn't do it justice, but that's what you get from a cell phone. 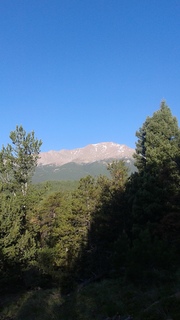 As we neared Bob's Road, the Peak was in sight and the sky was clear.  It was going to be a hot day in the city, but the temps as we climbed remained in the 50s which made for a comfortable run.

I am always amazed at how awesome this mountain appears when you are climbing it.  I have a little saying that  goes like this:

"If you can see the summit, you are probably not on the mountain."

So, while Marcus and I were "on the mountain," we were nowhere near the summit.

Blue skies and the destination only 7.5 miles away.

We made it to Barr Camp in just under 2 hours.  Fellow Marmot, Brandon Stepanowich was playing caretaker while Zach Miller was running all over the country.  I failed to get a picture of the three of us so just imagine us standing on the deck of the cabin.  Come on, you know what it would look like.

Once we got above Barr Camp, it was nice and cool.  We both tried some running between Bottomless Pit sign and A-frame. Click this to see a video of Marcus running at 11,000 feet. 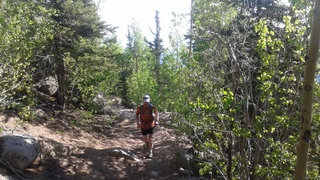 At A-Frame we parted ways and Marcus headed down.  I figured on a good solid run/walk to the summit three miles later. 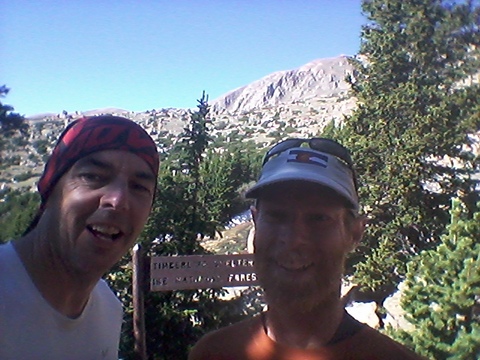 Selfie of us at timberline

1/4 mile after leaving A-frame, I snapped this picture of the G. Inestine B. Roberts memorial. 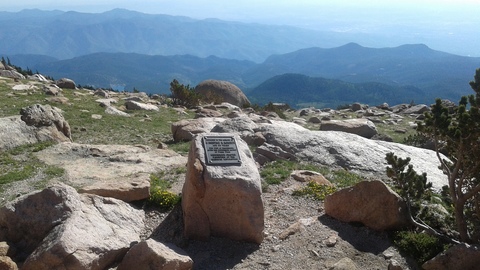 Not a bad place to die. 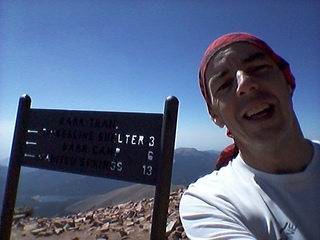 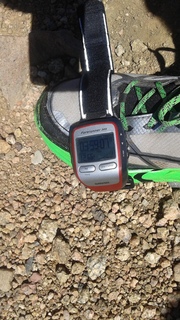 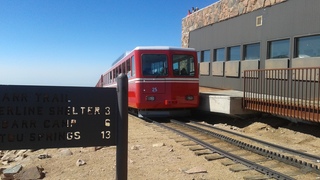 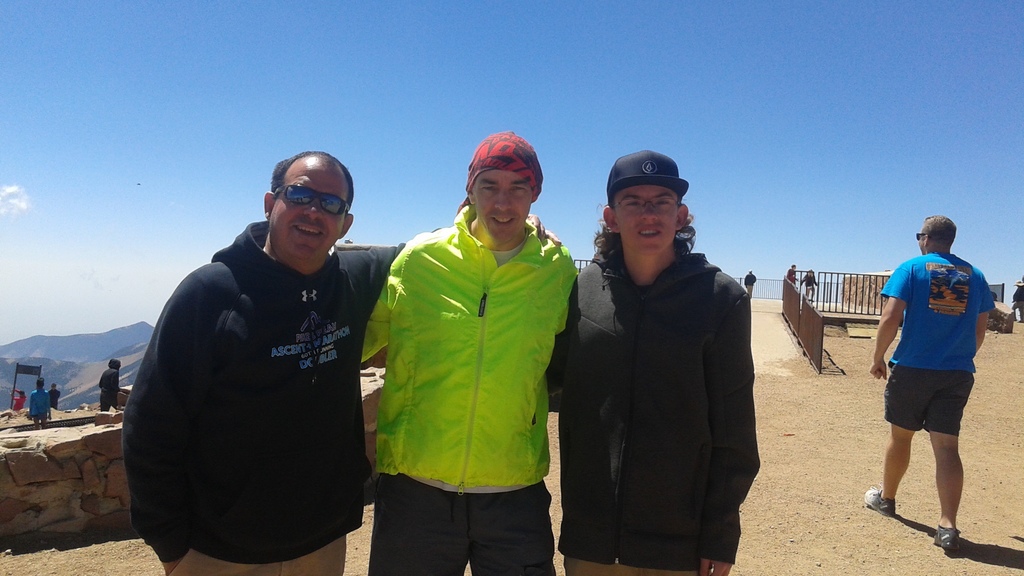 My ride back down:  Rich and Richie Canedo.

The run/hike up was pleasant.  Thanks for the company Marcus!  I counted 778 steps in the snow that started just after the 2 miles to go sign.  It was worse near the summit, but never very technical.

This is what we train for.  The big run up the big mountain in August.