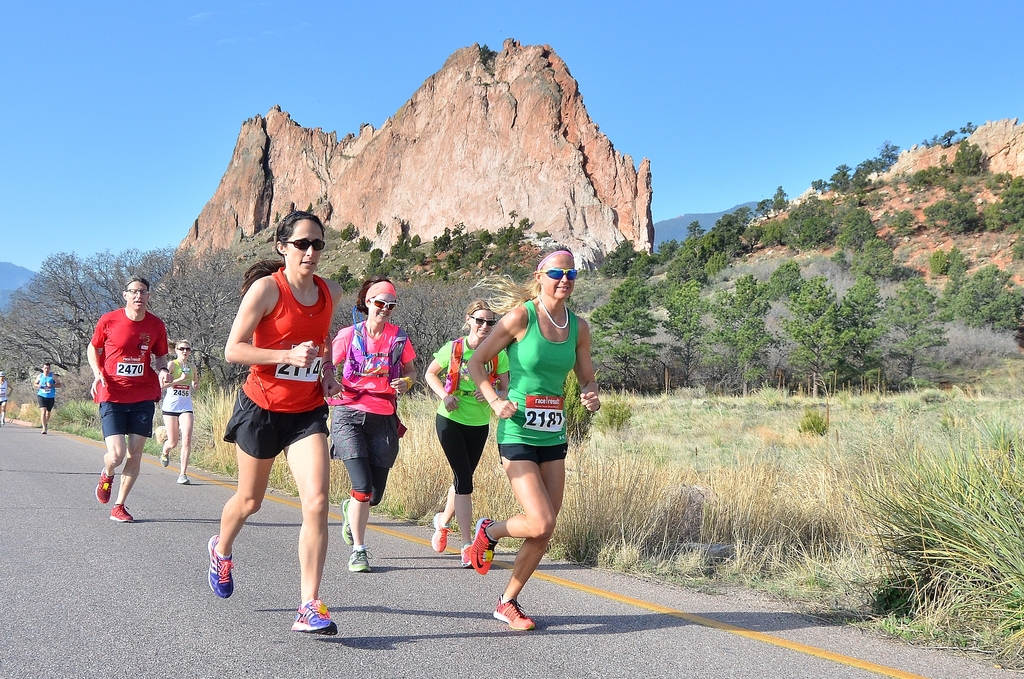 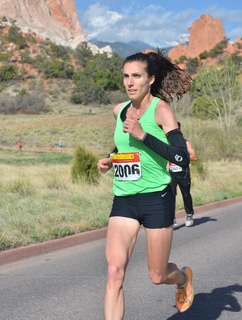 Like every runner who negotiates the famous Garden of the Gods road course, Alexis Wilbert (right) was hurting midway through Saturday’s Take 5 in the Garden five-mile race. But more than anything, she was feeling a little lonesome.

She had battled at the front of the pack with the men in the 5K race, but when they turned for the finish line she was left to run the longer distance with no company.

“It was lonely, to be honest,” she said. “I like running with people. It helps push me a little bit more. But I had the police officer (motorcycle escort) leading me, so I was trying to keep up with him.”

With the entire five-mile field behind her, Wilbert powered up the last hill then opened up her stride on the descending finish to win in 30 minutes, 34 seconds, a new course record for women. The former record was held by Stephanie Jones who ran 30:49 in 2007.

The win marked her second record-setting performance in a Grand Prix of Running Series race in as many starts. She set the women's record (17:07.81) at the 5K on St. Patrick's Day in March.

Wilbert didn’t specifically train for the rugged Garden course, but as a resident of Colorado Springs’ west side she gets all the hill work she wants on her regular training runs.

“You really can’t avoid the hills when you live over here,” she said.

In the 5K, Amanda Occhi’s win among the women was the perfect start to Mother’s Day weekend.

“This is part of my Mother’s Day treat,” she said. “It’s this and I have a SunWater Spa thing tonight, so yeah, I’m excited about all of that."

The spa’s healing waters should help soothe the damage dished out in the race. Occhi, 38, said she had to work hard for the win.

“It was tough,” she said. “There were about four girls who were really close together, so I had to work pretty hard for that one,” she said. “I was in second place coming down the big (last) hill. I tried to kick it in that last mile.” Carl Arnold (right), 27, captured the men’s 5K with a time of 17:41. He was happy with the time, considering he’s not training for the 5K distance. A former Colorado high school state champion in the 800-meter run, Arnold is focused on the shorter distance. He has a personal best of 1:51 in the 800.

He'll aim for that goal at two track meets this summer, including the Rocky Mountain State Games in July.