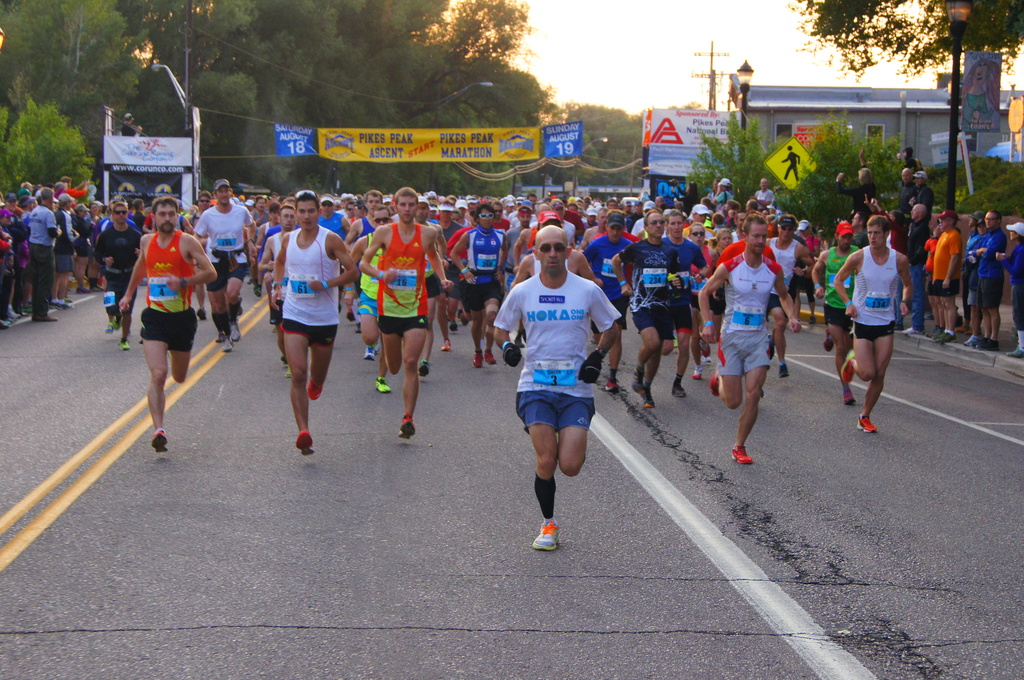 Runners charged from the starting line in the 2012 Pikes Peak Ascent.

Organizers of the Pikes Peak Marathon and Ascent are asking runners in those races to say no to performance-enhancing drugs.

This year, several runners who finish in the Top 10 in each race will be randomly selected for testing by the United States Anti-Doping Agency (USADA). Currently, no other trail-running events in the U.S. test for prohibited substances.

"Mountain and trail-running races continue to grow in participants and prestige and have become an important component of competitive running," said Ron Ilgen, President of Pikes Peak Marathon, Inc. "It is important that mountain running joins the ranks with road races in ensuring that our competitors are drug free."

The Pikes Peak Ascent is set for Aug. 17, with the Marathon on Aug. 18. Registration for both events begins March 13.

Testing will follow the same format USADA uses in other running and cycling events, and will follow the World Anti-Doping Code, which monitors Olympic, Paralympic and Pan-American athletes. Athletes looking for more information about the testing process, prohibited substances or medication information can visit www.usada.org/athletes.

With the potential for bigger payouts, the Pikes Peak races will likely become attractive to more competitors.

Ilgen said he doubts that any Pikes Peak runners have used PEDs, but he believes it's time for the organization to adopt a drug-testing policy.

"With more prize money offered we have to ensure that we're conducting a fair competition," he said. "It is also important to verify when the prestigious records of the Pikes Peak Ascent and Pikes Peak Marathon are broken, that the runner did it legitimately."

Four runners in the Pikes Peak Ascent and six in the Marathon will be given urine tests. Prize money won by tested runners will be paid after test results are provided. Test results will be returned no earlier than six weeks after the event.

Three-time winner of the Pikes Peak Ascent, Simon Gutierrez, of Colorado Springs, said drug testing is a good idea. Gutierrez has been tested at World Championship events in Europe.

"Unfortunately, when more money is involved, the suspicion does arise and people do things to make money," he said. "With the big prize money at Pikes Peak I think most of mountain runners will feel positive about it."

In the big picture, trail and mountain events are newcomers to competitive running. Few races offer prize money larger than three figures. And most of the athletes, Gutierrez says, compete for fun. But with the recent history of positive tests by high-profile athletes in endurance sports, it makes sense to take proactive measures.

"I think it's good for the sport because it keeps the playing field nice and level," Gutierrez said.

"I applaud Ron Ilgen's decision to include drug testing for this year's Pikes Peak events," she said. "I hope that other trail and mountain-running race directors follow suit and incorporate a drug testing program in their events."

This is a much needed step...glad to hear the Pikes Peak races are taking the lead on this and setting an example for other trail/mountain events to follow