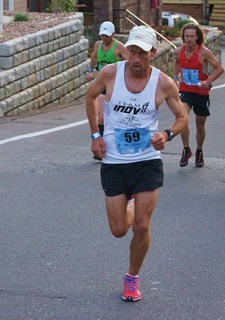 Eight local mountain runners have their sights set on qualifying for the US Mountain Running Team at the Mount Washington Road Race on Saturday in New Hampshire.

Joining forces, they form Team Colorado, one of the deepest mountain running teams ever to run up the mountain. The goal is to take down the current team record of 5 hours, 17 minutes, and 59 seconds.

In order to do this, Team Colorado’s top five finishers will have to average about 1:03 over the steep, 7.6-mile course. These Colorado runners, though, have been known to lead the pack up Mount Washington. Five from the Rocky Mountain state placed among the top six finishers last year.

“With the team we have assembled, I think we’re going to destroy the record,” said Team Colorado's Peter Maksimow, 33.

Maksimow would know. He ran as part of the Central Mass Striders, which set the current team record in 2005. He placed seventh overall that year, the fifth from the Striders team to cross the finish line.

Considering Mount Washington is the qualifying race for the US Mountain Running Team this year, Team Colorado knows the stakes are high. Only the top six U.S. men qualify for the team, and there are eight men running the race on Team Colorado. With top runners entered from across the country, this year’s Mount Washington race will feature a field stronger and deeper than ever before. 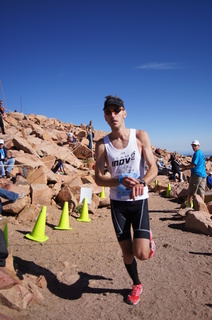 “I think the competition this year will be the best the race has seen,” said Rickey Gates, the 31-year-old defending Mount Washington champion and Team Colorado member. “I don‘t predict (Jonathan) Wyatt‘s record (56:41) to go down (ever), but I think several of us might go under an hour or faster.”

But with the Mount Washington course, results are nearly impossible to predict.

“So many other factors can come into play on race day,” said Team Colorado's John Tribbia, 30. “Weather conditions, deep competition, and the dynamics of being a national race."

The course is relentless,  a famous ribbon of asphalt with a 12 percent grade that can break the legs of the toughest runners. And Mount Washington is notorious for its radically unpredictable weather. Ask any mountain runner to predict the conditions and they’ll say: You never know. The second-highest surface wind speed every recorded - 231 mph - happened at Mount Washington in 1934.

When talking to Gutierrez, the passion and fire inside him to win quickly comes to light. 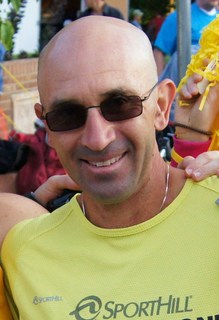 “My number one priority is making the U.S. team," he said. "To do that you’re going to have to run fast, and, sure, if I’m up there with them with a mile or two to go - I could try to be in the top two or three, or maybe even win it again. I want to make the team, and I think I can make it on a good or bad day as long as you stay in the race and (don’t) give up.”

Gutierrez isn’t the only Team Colorado member with this fire. The same desire burns deep within all of them.

“I want to win. I want the team to win,” Gates said. “I think both are possible.”

They’re quite a force to be reckoned with. But ask them, and they will say they’re just a group of friends who like to run up mountains - and happen to be quite good at it.

“I think I’ve found my niche.” Maksimow said. “I really enjoy this type of running and I’m good at it.”

So, what makes a good mountain runner? According to Maksimow, strength, both mentally and physically, persistence, proper training, and a lot of courage.

“You need to be a little crazy and fearless because you could break some bones and lose some teeth,” he said.

Rickey Gates, 31, is returning as one of the race favorites. Gates is the defending Mount Washington champion and a five-time US Mountain Running Team member. 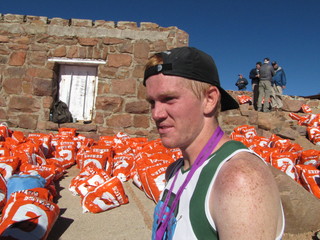 Glenn Randall, 25, placed fourth at last year’s Mount Washington race. Randall earned NCAA Division I All-American honors in cross country skiing at Dartmouth. He holds the record for the fastest Pikes Peak Ascent debut - winning in 2:09:28 in 2010 - and is the youngest winner in race history.

Alex Nichols, 26, an NCAA Division III All-American at Colorado College, was the overall winner of the 2010 Triple Crown of Running series nad has three top-five finishes in the Pikes Peak Ascent.

Tommy Manning, 36, placed second at Mount Washington last year. He is a two-time qualifier for the USMRT and has two second-place finishes in the Pikes Peak Ascent.

Mark Misch, 39, is an avid runner and the cross country coach at University of Colorado at Colorado Springs.

Other notable runners in the race: Marco De Gasperi of Italy, Max King of Oregon, Matt Byrne of Pennsylvania, Joe Gray of Washington, Eric Blake of Connecticut, Sage Canaday of Oregon, and Nate Jenkins of Massachusetts.