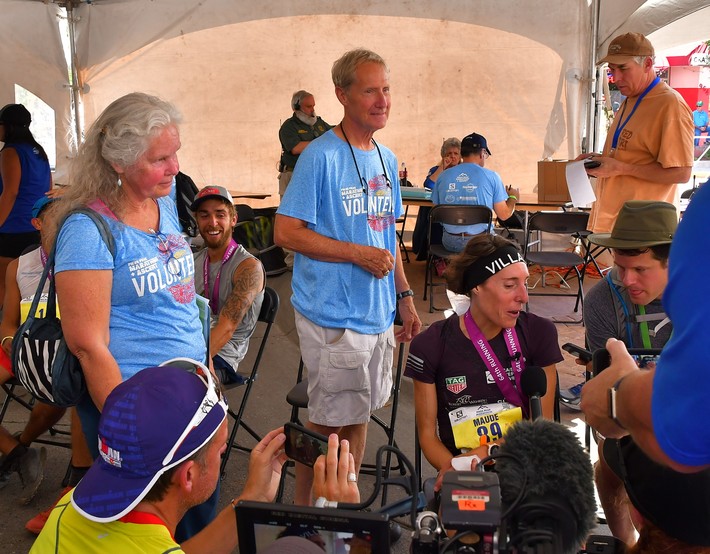 A familiar face was among the hundreds of volunteers that helped the Pikes Peak Marathon succeed on Sunday. That familiar face belonged to Colorado State Senator Pete Lee, who was the volunteer who escorted champion Kilian Jornet to the drug-testing facility after the race.

Lee, 71, ran the Pikes Peak Ascent in 1986 and competed in the Marathon for the next 20 years. He’s been a volunteer for several of the races in recent years. “I was a middle-of-the-pack guy,” he said of his running days. “As a former participant, I enjoy the atmosphere and the thrill of the race. This is an extremely amazing community event. It’s unique to have a mountain marathon finish in town like this.”

Lee said the first time he competed in the Marathon “was one of the ultimate accomplishments of my life.”

He was later elected to the Colorado House of Representatives in 2010, serving House District 18, which includes central Colorado Springs and Manitou Springs. After serving eight years, the term limit, he was elected in 2018 to the Colorado Senate, representing District 11.

Lee’s focus on Sunday was the race on America’s Mountain. His wife, Lynn, is also a volunteer for the Marathon.

The couple met back in the mid-1980s and Lee quickly showed a photo on his phone of them finishing the 1988 Marathon together while they were dating.

“That’s how we dated; we ran together,” he said. “We got married the next year and we’ve been together for 30 years.”

A ligament injury to his left knee ended his running career but that didn’t keep him from attending the Marathon.

“I’d come to see the finish,” he said. “I like supporting the race. It’s fun to see the race
and be a part of this.”