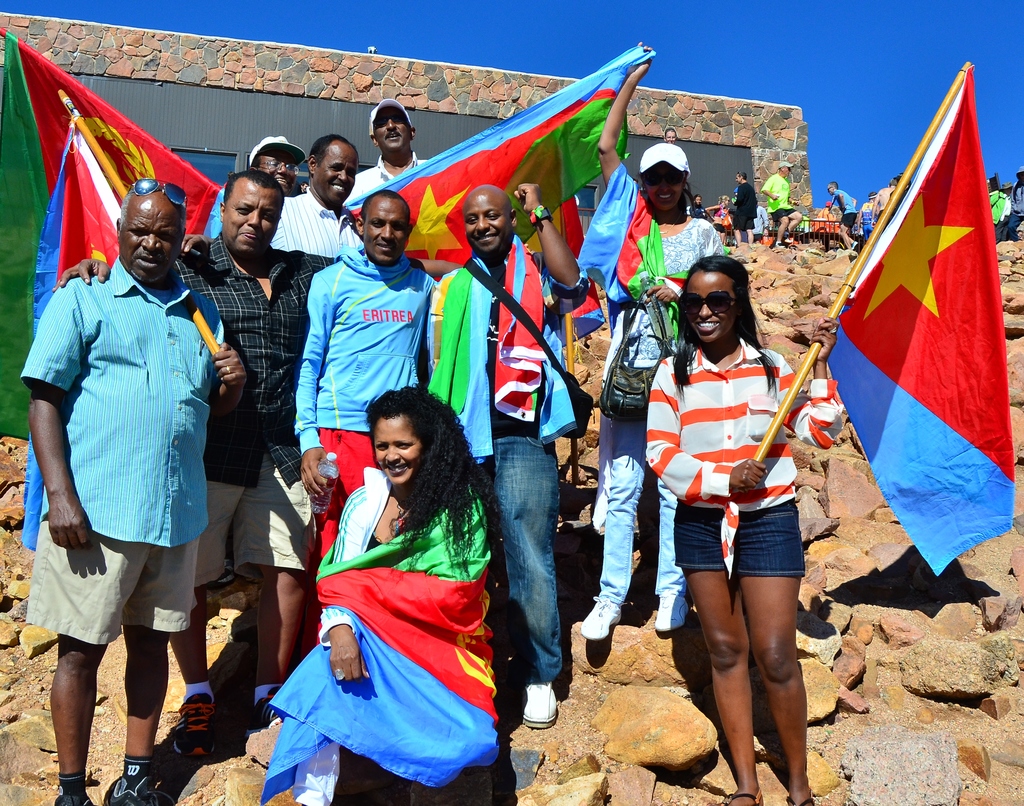 Azerya Teklay, a soldier in the East Africa country of Eritrea, finished second in the Pikes Peak Ascent.

Life is hard for Azerya Teklay, as it is for almost everyone in the tiny East African country of Eritrea, tucked tight to the Red Sea on the Horn of Africa. A mountainous country about the size of Ohio, with few resources, its six million people have faced poverty and malnutrition since it won its independence from neighboring Ethiopia in 1993 after a protracted 30-year war.

But that hasn’t discouraged Teklay, a 35-year-old soldier in the Eritrean Defence Forces, who literally has to run for his life in the war-torn country. A mountain runner, Teklay placed second on Saturday in the 59th annual Pikes Peak Ascent, which doubled as the World Mountain Running Association’s Long-Distance Challenge. 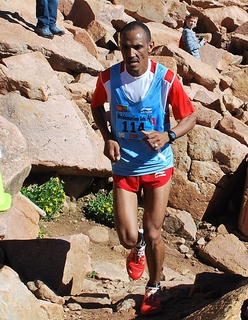 Teklay took the lead from front-runner Andy Wacker of Boulder with about three-quarters of a mile to go in the 13.25-mile, 7,800-foot ascent up Pikes Peak, only to be overtaken by Sage Canaday of Boulder a quarter-mile later. Canaday went on to win the race in 2:10:03, with Teklay settling for second 44 seconds later.

Teklay, who lives in the capital city of Asmara, situated at 7,600 feet, said he was well-adjusted to running at elevation and expected to win the race after he and Wacker pulled away from the main challengers early on.

“I was very confident I was going to win,” said the soft-spoken Teklay, “because I know I can run well at altitude. But the altitude (here) was too much. I have never raced this high before.”

His second-place finish marked the fourth time in the past five years that Teklay has had to settle for the silver medal at a WMRA Championship event, having also finished second at the WMRA World Championships in 2009 in Italy, 2010 in Slovenia and 2012, also in Italy. However, he was the overall WMRA Grand Prix champion in both 2012 and 2013.

For the past 18 years, Teklay has been a soldier in the Eritrean Defence Forces, ready to “defend my country,” he said, should Ethiopia invade again. Married, with three children, he lives on a salary of $15 a month. The family farms a small plot of land, but also receives assistance from a government that has received extremely poor grades when it comes to human rights.

Teklay supplements his income by running, but with virtually no financial support from the Eritrean athletic federation, he is mostly on his own getting to the many international mountain running events he has competed in over the past several years. For instance, his plane ticket alone to come to the Pikes Peak Ascent came to more than the $1,200 in prize money he received for finishing second. Getting caught by Canaday in the final mile cost him at least $800 and maybe $1,000 more if his time to the top had turned out to be the fastest of the weekend following Sunday’s Pikes Peak Marathon. His only chance to make money this weekend was to win Saturday’s race.

To get to races, Teklay often has to “reward” those in Eritrea who made it possible – for instance, he returned home from one international race in Europe with a flat-screen TV for the person in charge of signing his visa. It’s not a bribe, it’s the cost of doing business.

Many Eritreans have departed the country, both as political refugees and as defectors – more than 100,000 are currently in neighboring Sudan, for instance. Many are in the United States, including a group of about a dozen who drove down from Denver on Saturday to support Teklay. In 2007, when Eritrea finished second in the World Mountain Running Championships in Switzerland, only one or two team members showed up at the awards ceremony the following day – the others had all defected. The next year, Eritrea failed to send a team to the championships, but since then have returned to a place of prominence at the annual championships, winning team titles in 2009, 2010 and 2012 – the years that Teklay finished second overall.

In 2012, while Teklay was enjoying his Grand Prix title-winning season, his older brother, Berket, left Eritrea for Sudan, where he got a job as a math teacher. But he was soon abducted by a rebel group known as the Rashaida Free Lions, which demanded a ransom of $10,000. Of course, Azerya’s family had no such money. Azerya had saved nearly $2,000 to build a house for his family, which is now gone. Thankfully, the Slovenian delegation to the WMRA came to the rescue, raising most of the $5,000 that the rebels eventually agreed to for the release of his brother. Berket is now working in Juba in the new country of South Sudan.

Azerya said he is unsure when he will get to race again. If all goes well, he will compete in a WMRA World Cup race in Austria later this month, and then compete in the WMRA Championships in Italy in September.  But that, he said, all depends on whether his travel visa gets approved. Hopefully, that won’t involve purchasing any more TV sets.