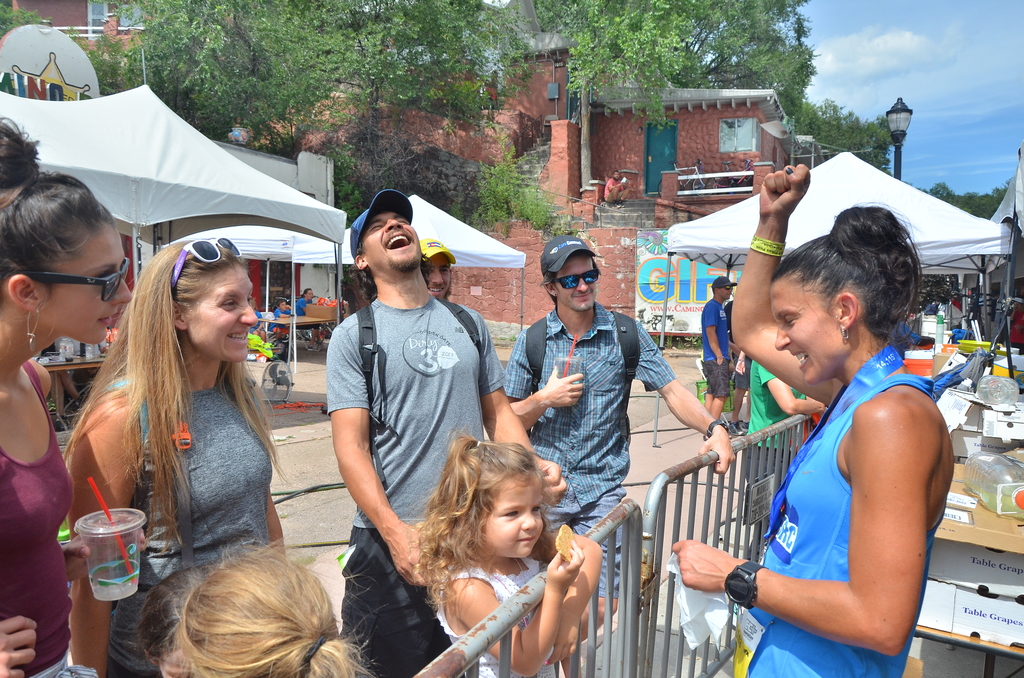 It wasn’t three years ago that Kristina Mascarenas preferred a Marlboro cigarette to running on singletrack trail. She smoked for nine years, from age 15 to 24.

And she caught a lot of grief from her family and friends. A challenge by her older brother, Jesse, helped her kick the habit.

Mascarenas accepted that challenge. Somewhere around timberline in late 2014 she clicked on Strava and made her first fateful steps. And then … total failure.

A short time later, she visited a friend in Las Vegas and took her last toke. “She hated me smoking, too, so I thought she should be there for my last one.” 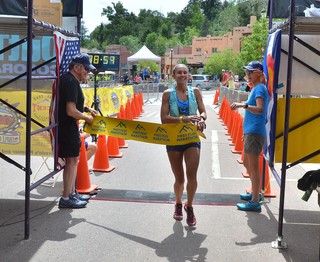 The training began and a trail runner emerged.

Mascarenas then placed ninth in the 2015 Pikes Peak Ascent. She had been off the smokes for about 10 months. The first runs we're tough, but she'd kept up with her cardio work.  “It wasn’t like I was coming off the couch,” she said.

Mascarenas is also the first Pikes Peak-area woman to win the marathon in 27 years. The last was Cylinda Engelman of Colorado Springs.

Nearing the summit, after a 13-mile climb, Mascarenas wasn’t sure it would happen. Jackie Pirtle-Hall of St. Charles, Mo., held a 10-plus minute lead. The two met at the Fred Barr sign as Pirtle-Hall ran down the “16 Golden Stairs,” a series of tough switchbacks near the mountain top.

“I was a little nervous because when I passed her at the Fred Barr sign she (Pirtle-Hall) looked strong,” Mascaranes said. 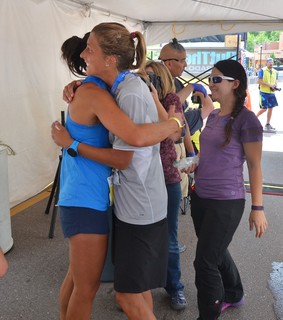 Coutney Dauwalter, the women’s U.S. 24-hour record holder (she ran 155 miles in a day) also hit the summit ahead of Mascarenas. But the former smoker's instincts for descending took over once she tagged the turnaround at 3:09:11.

“I don’t actively practice or consciously try to run fast downhill, I just have so much fun bombing down,” she said.

She caught both runners near Barr Camp and pushed the pace. Dauwalter, 32, of Golden, tried to hang on, but couldn’t find the speed.

“I wasn’t giving it (the race) to her, but I could not keep up,” Dauwalter said.

Mascarenas placed 11th overall, catching and passing many of the top men on her way down.

“I could hear her coming up behind me and I said, “I’ll move to the right, dude,” said Don Solberg, 16th overall.

Mascarenas had to giggle as she zoomed by.

“He said, ‘oh man, you’re a chick. I’m sorry I called you a dude.' ButI wasn’t offended. Most guys are moving that fast, so I’m sure he thought I was a guy,” she said.

Her family, including her grandparents, Eldon and June Cornish, former Pikes Peak runners, were there to celebrate. “I’m just very proud,” June said. “There were lots of tears.

In an odd twist of history, Mascarenas’ smoking past fits her Pikes Peak Marathon win. The race started in 1956 as a smoker vs. non-smoker contest. Guess who won.