Obstacle races bring out the Spartan in April Luu 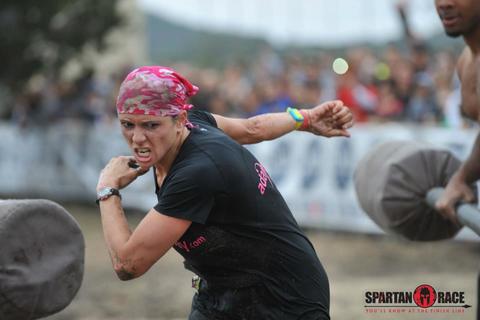 (Editor's note: Since this article was written, April Luu has picked up two more wins in Spartan races, including Saturday's Spartan Sprint at Fort Carson. She is the top ranked female Spartan racer in the world.)

April Luu knew she had found the right competition when she stepped to the starting line at the 2012 Spartan Military Sprint obstacle race at Fort Carson.

"There were no pink tutus there," she said. "There wasn't any funny makeup or people joking around. It was just pure testosterone; people sizing each other up. I remember thinking, 'damn, it's on. There is no playing around here.'"

After enduring several gut-crushing, muscle burning obstacles - and five miles of running - Luu had won the women's title. And she was hooked on obstacle racing.

A 33-year-old mother of two from Peyton, Luu is now ranked among the top obstacle racers in the world.

She has raced in other obstacle series races, but prefers the Spartan events. They're tough and competitive. And they pay well. She has won $2,500 in her last two competitions. The money is nice, but the challenge is most attractive to her.

"I can't do just running," she said. "Running by itself is boring. I have to break up the monotony. A lot of pure runners show up, but they don't have the upper-body strength to do this kind of competition." 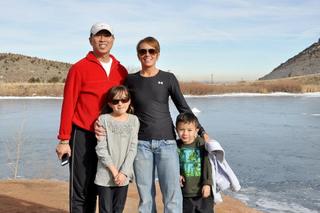 Competitors begin each race not knowing what the obstacles might be, but they're never disappointed. At any race, Luu may have to scale a wall, jump over logs, or crawl under barbed wire. At the last race she crossed 100 meters of 40-degree water, swimming part of the way. She'll hoist a rucksack of 30 pounds and carry it until her legs nearly buckle, then climb a cargo net.

And every race includes the spear throw, a historical nod to the battle skills of the real Spartans. Luu is not a fan of the spear throw, a toss of about 25 feet into a bale of straw. All who miss must complete 30 difficult and time-consuming burpees. She lost $1,000 in prize money at her last event when a miss pushed her from first to second place.

"The spear is my worst one (obstacle)," she said. "I've been practicing, but I hate the stupid spear. You know, I just have to laugh about it." Luu loves competition and it shows. An Army veteran, she was the first female parachute rigger to be attached to a Special Forces Group at Fort Carson, an assignment that had been the strict territory of men.

"They didn't want me there, and that fueled me even more," Luu said.

She left the Army after the birth of her daughter Leilani (who is now 9).

Now she is being compared to Olympic athletes. The obstacle racing community is buzzing about a showdown at the Spartan World Championships (Sept. 21) between Luu and Canadian Olympic biathlete Claude Godbout.

The thought motivates Luu, a fitness coach and trainer.

"It makes me want to train harder," she said.

She has impressive credentials. Luu became the first Spartan athlete to win Beast events on consecutive days last fall in Texas. The Beast shreds athletes. Her body screamed at her afterward.
"I couldn't walk down the stairs the next day," Luu said. "It was brutal, but well worth it."

She's currently training for a race in Las Vegas on April 6.

How does she prepare?

She listens to her coach Aaron Knutson of Max Performance, who believes in hard work and lots of rest.

'When we decided to do this, we wanted to do it right," said Daniel Luu, April's husband. "We want longevity and that requires strict training."

The Luu's are learning the business end of competitive racing. Several sponsors, including Max Performance, Eco Vessel, Adam Way Racing, Kronobar, and SolSurvivor are backing her. They may have picked a winner. April Luu is focused on one prize, a world championship.