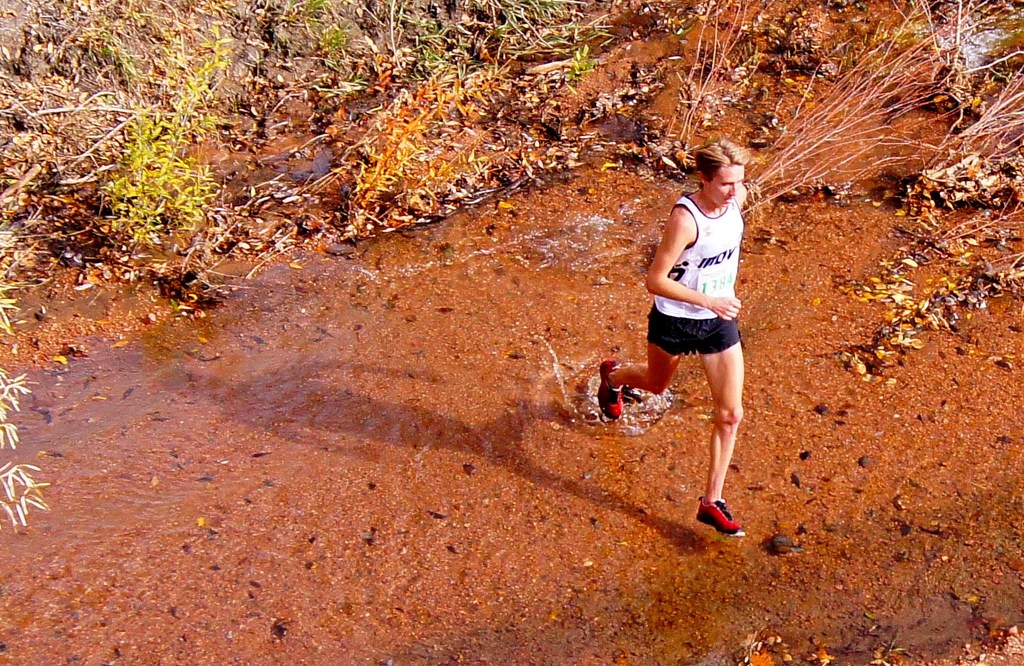 Alex Nichols skipped across Bear Creek on his way to the winning the Fall Series II race on Sunday in Bear Creek Park.

By Bob Stephens
PikesPeakSports.us
Alex Nichols sensed the moment had arrived, and he quickly seized the opportunity. The talented Colorado Springs runner darted off the trail, dashed past Neil McDonagh and never looked back en route to winning the second race of the Pikes Peak Road Runners Fall Series.

Nichols, who ran well in Italy the previous Sunday in the Skyrunner World Series, traversed the hilly 4.6-mile course at Bear Creek Park West in 26:10 to easily claim his second win of the series.

“Neil pushed me, and we ran the first part of the race very fast,” said Nichols, 28. “About halfway through, I felt the pace was slowing down. I was right behind him, on a narrow part of the trail, so I went into the bushes to pass him.

“He said I picked the perfect place to pass him.”

McDonagh, 31, was a 1,500-meter runner at Georgia Tech while Nichols was a distance man at Colorado College, where he coaches. McDonagh said Nichols made his move when the pair reached a series of short but steep hills.

“We’d pulled away from everyone else,” McDonagh said, “but when we got to the first set of real steep rollers, he zipped ahead and pulled away. He put about 50 seconds on me the last mile-and-a-half.”

After two races, Nichols leads the series with a total time of 50:31. Manitou Springs' Peter Maksimow is second (52:16), with Benjamin Hanson of Aurora in third at 53:04. 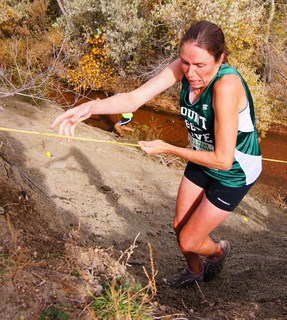 Elizabeth Schultz, who moved to Colorado Springs just two months ago, was the fastest female, finishing in 33:11. She is third in the series with a total time of 1:05:19, exactly one minute behind the leader, Crystal Goeckler. Connilee Walter is second at 1:04:21.

“This Fall Series is fun and pretty low-key,” McDonagh said before poking fun at Nichols, his friendly rival. “During the first part of the race, I was making sure Alex stayed with me, encouraging him, waiting for him. I tried to block him from passing me, but when he did, he was gone.”

McDonagh shook his head in amazement while talking about Nichols’ ability to glide over a difficult course.

“Every time we do a course with rocks and debris, he looks like one of those water skiers going over the top of the water,” said McDonagh, who finished seventh in the Fall Series’ first race.

Nichols was eighth in the Oct. 13 Limone Extreme SkyRace in Italy, and finished third in the Skyrunner World Series, where there are five races in five countries – including the Pikes Peak Marathon – with a runner’s best three races counting in the standings.

“That was a very competitive field last week,” said Nichols, who is sponsored by INNOV8. “Finishing third was definitely one of my biggest running accomplishments. That course last week was like going to the top of Pikes Peak and back, but half the distance.”

Near the end of the race at Bear Creek Park West, runners had to cross a creek and scale an extremely steep hill while maintaining footing on loose dirt and rocks. Ropes are imbedded in the ground to help people get up the hill.

“That’s not something you can train for,” Nichols said. “I tried to make it up as far as I could before using the rope.”

Unlike many other runners, Nichols made it to the top in just a few seconds and quickly traversed the final stretch of the race to complete a successful and exciting eight days.

Schultz was the first female finisher (33:11, for 27th overall) and made quite an impression on Connilee Walter, who was the top “doubler” in August when she ran the Pikes Peak Ascent and Pikes Peak Marathon on consecutive days.

Schultz, 33, ran for Mt. Olive College in North Carolina and lived in Buffalo, N.Y., before moving to the Springs via a job transfer with Time Warner Cable.

“It’s my dream to live in Colorado near the mountains,” said the bubbly Schultz. “It’s inspirational. I feel thankful and blessed to be able to run and just live every day to the fullest.”

Schultz said she’s acclimated quickly to the altitude of the Pikes Peak Region, and it showed. She didn’t fare too well in the first race of the Fall Series, running tentatively during the portion of the race that forced runners to be in a creek. She handled Sunday’s race without a hitch.

“I had no idea what to expect,” she said. “It was a challenge, but that’s what makes it great. There are some awesome women here, and I’m having a great time meeting my new running family.”

Schultz said she runs five days a week and hikes the other two. She plans to hike Pikes Peak this week. 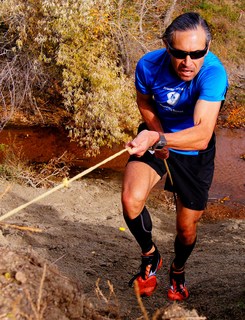 “When I got out of the car this morning, I thought, ‘This is going to be rough,” Vega said.

He finished the marathon in Cuba, N.M., in 3:53, drove six hours home and went to sleep after 1 a.m. Sunday. It wasn’t long before Vega was putting on his running shoes again.

“I’m doing the Fall Series, so I had to run,” he said. “I warmed up after about a mile and then felt really good. It was almost like I didn’t run yesterday.”

Vega said the marathon was difficult, with lots of turns and rocky terrain, and some that was sandy.

“A lot of it is nothing but sand so it was like running on a beach,” he said. “My legs were really tired and heavy.”

Vega was born in Fresno, Calif., and ran steeplechase for Adams State University in Alamosa, Colo. He said Saturday’s 26.2-mile race was his “eighth or ninth” marathon. Vega said he still felt good after Sunday’s race.

“It’s easier to run faster than slower, so today was fun,” he said. “This was a good race.”

The birds and the BEES!: Runners completed Sunday’s difficult race short of breath – that was expected – but many others crossed the finish line suffering from bee stings. That included the group of Lisa Kukula, Kim Lindsay and Lexi Aagesen, who were comparing bee bites after the 4.6-mile race.

“It was a hive, lots of bees,” said Kukula, 33, of Black Forest, who was stung three times. “They were pissed off, angry bees. I cried; they hurt.”

“I don’t know how they got under my shirt,” Lindsay said. “They were chasing us all. It was a swarm.”