Marathon notes: Ziggy Strong, the bandit, and the doubler 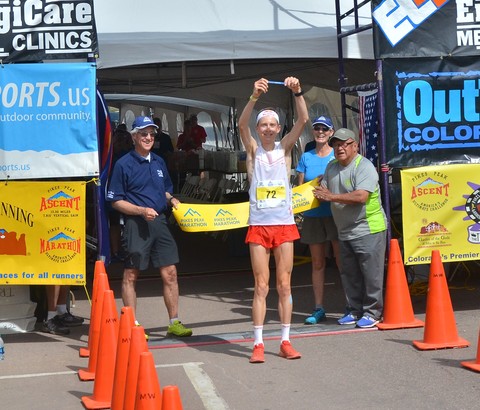 Rémi Bonnet startled spectators and officials when he stopped just prior to crossing the finish line as champion of the 2017 Pikes Peak Marathon on Sunday.

Bonnet, who enjoyed a 12-minute advantage on his nearest competitor, turned to the crowd and held up a blue ribbon bracelet that read “Ziggy Strong.”

It was a tribute to Greg Zyszkiewicz, who was tragically killed March 22 at age 64. He was shot and killed in his hometown of Milwaukee, Wis. Zyszkiewicz ran the Pikes Peak Ascent in 2015-16 and had previously run the Pikes Peak Marathon.

The bracelets were sent to Manitou Springs elite runner Peter Maksimow by Zyszkiewicz’s daughter and her husband, Heather and Mark Sharafinski.

Bonnet said he heard about Zyszkiewicz’s unfortunate passing prior to the race and decided to honor him by briefly displaying the bracelet before crossing the finish line. It cost him a couple of seconds on his winning time but it was a much-appreciated gesture by many.

“I always take some opportunity to do something for the local people,” Bonnet said. 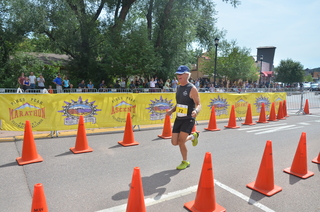 BANDIT?: As a man ran past cheering fans to the finish line, apparently as the fourth-place finisher, the the runner who finished ahead of him looked at him quizzically.

“I don’t remember him,” said Carlos Ruibal. “I didn’t see him in the race.”

The mystery runner was Ron Ilgen, longtime race director for the marathon and Ascent, who had put on a bib number and snuck around the corner before jumping in the race at the homestretch.

“There’s a long lull between finishers at the beginning of the race, so I wanted to liven things up a little,” Ilgen said.

He also wanted to play a little joke on the crowd and race announcer Jerry Evans, who eventually proclaimed that Ilgen would not receive a medal as one of the marathon’s finishers.

“People were cheering and snapping photos,” Ilgen said. “We get so tense and people work so hard for this event, I decided we should have a little fun.”

Another runner apparently completed the race but was not officially entered, so he was denied a race medal. A woman refused her medal, telling the volunteers at the finish line that she hadn’t completed the race; she’d turned around part way up the mountain and come back down. 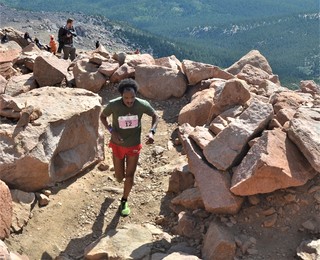 “It feels good because neither of these races are easy,” he said. “It was hard today because I was dehydrated. It was harder than I thought it would be.”

Weldermariam, who lives in Colorado Springs, is from Eritrea, Africa. He’s working diligently to bring his family to the United States and is working to earn his green card.

“He works in the laundry at Great Wolf Lodge,” said Scott Mills, whose family has befriended the elite runner and taken him in as a house guest in their Colorado Springs home. “We are working with Lutheran Family Services, who has had the contract for decades to place refugees with (American) families and reunite those (refugee) families.”

Weldermariam also doubled last year while finishing fourth in the Ascent (2:15:39) and second in the marathon (3:42:53).