Kilian Jornet: Nothing is unbreakable, but Pikes Peak Marathon record poses a challenge 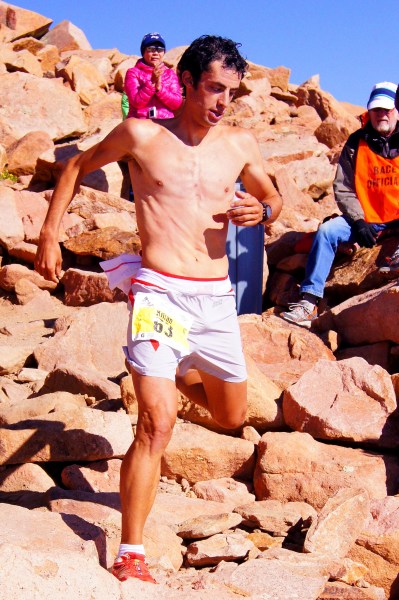 Kilian Jornet has covered a lot of ground since he last raced at Pikes Peak and won in 2012. He has captured championship titles in most of mountain running's major races - some of them multiple times. He dislocated his shoulder in the early miles of the the 2017 Hardrock 100, and then won with his arm in a sling. If mountain running has a household name, it's his.

And now he's back at Pikes Peak, running in Salomon's Golden Trail World Series. And he is at the top of his game. Listen to the chatter among those who know him and there is an underlying vibe. Jornet wants to break Matt Carpenter's longstanding marathon race record of 3 hours, 16 minutes, 39 seconds, a mark that has been untouchable - as in no runner besides Carpenter has come close to it in 25 years.

Can the Spanish-born Jornet make history at Sunday's Pikes Peak Marathon? We caught up with him earlier this summer. Here are his thoughts about Pikes Peak, running in thin air, and his appreciation for Colorado's wide open spaces.

What attracted you back to Pikes Peak?

Pikes Peak Marathon is one of the oldest mountain races, the ascent dates from 1936 and the marathon from 1956. It was the third marathon, including road ones, in the US, and the first one to allow women to participate. The race is very logical. Run up to the summit and down, and the history behind are the facts that attract me.

When you think back on your 2012 win in the Pikes Peak Marathon, what memories stand out?

It was a fun race, It wasn’t much exciting since since the first kilometers positions were kind of set but I remember all the time there was great, to feel the ambiance, and it’s hard, it is a very runnable race since is never steep or technical but the altitude factor makes difficult to run fast.

Some people think Matt Carpenter's record of 3 hours, 16 minutes 39 seconds is unbeatable. It is extremely fast, but what do you think? Can the record be broken and who could break it?

Nothing is unbreakable, but Matt’s performance that day is one of the most incredible in mountain running. Conditions should be perfect, a race with fight with very talented runners.

Pikes Peak's altitude: 4,302 meters at the summit. The race includes about 2,382 meters ascending. How do you approach this challenge?

The ascent is not big and isn’t steep either, but the altitude is a huge factor, probably the key  to being successful in the race is to be well acclimatized, to not start to strong because after that the altitude really hits you!

The Golden Trail World Series includes some of the world's greatest mountain races, what would it mean to you to win the overall championship?

I think what’s great about the circuit is that it joins the dream races, the ones that every mountain runner wants to run once in life. A victory in one of those is a life goal for any athlete. And being in a circuit the field level is even more impressive.

You have raced some of the bigger races in the US and particularly here in Colorado. What does Colorado symbolize to you as an outdoor playground and what do you like about coming here to race?

Colorado is a great place to play outdoors, it has everything; huge mountain surface, cold and snowy winters, and great weather. It is accessible from cities but still wild and remote some areas. From Front Range to San Juan’s, the possibilities are unlimited. From the Diamond in Long’s to climb or Eldorado, to the snow quality to ski during winters, to remote mountains to run and scramble in the south, it has everything!