For Arkansas runners, Pikes Peak is an annual tradition at altitude 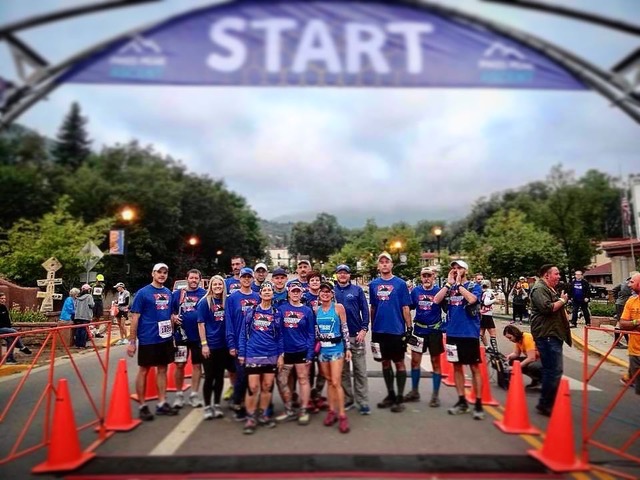 The Pikes Peak Marathon & Ascent has become a tradition for Arkansas runners.

They come to race Pikes Peak from Alma, Van Buren, Fort Smith, Mountainburg, Springdale, Little Rock and other towns across the state of Arkansas, whose highest peak is Mount Magazine, at 2,753 feet.

“We take different routes up the mountain to mix it up,” said Chris Wear, 42, of Fort Smith, a Peak veteran and Doubler, who first completed the marathon in 2013 with a time of 9:09:20. 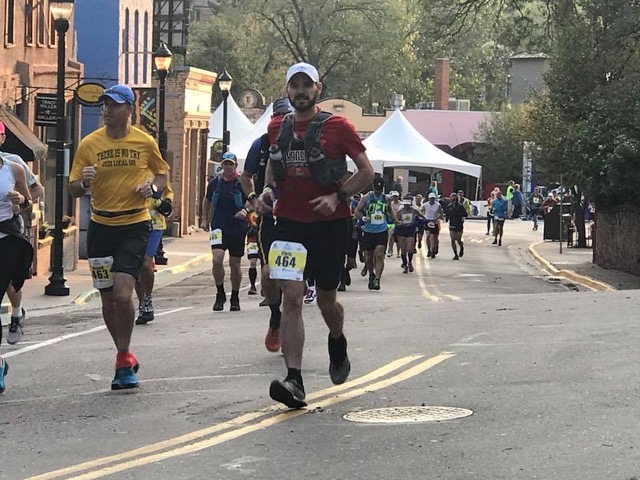 Five years later, after hours of training in the midday summer Arkansas humidity up and down Mt. Magazine and Oklahoma’s Cavanal Hill, at 2,385 feet, with heat indexes sometimes over 100 degrees, Wear shaved about 2 hours, 27 minutes off his marathon time: 6:42:57.

In a state not known for its altitude, Wear is one of dozens of Arkansas’s Pikes Peak finishers who have been inspired and trained by one of the state’s most accomplished ultra runners: Bill Coffelt.

At 60, he is running his 36th consecutive marathon in 2019. A Western States finisher and a frequent Pikes Peak Doubler, Coffelt helped start the Arkansas Pikes Peak Marathon Society.

“On the van ride back in that first year, 1984, there were five of us who were from Arkansas," Coffelt recalls. “And we started inviting more people. The next year we had twelve runners. The next year it was 30. And I think it was maybe 1998, we peaked and had about 200 people. We brought three busloads out.”

Arkansas runners, always dressed in Team Arkansas shirts and gear, continue to be a familiar sight on race days over the years, as runners and helpers at aid stations.

“The sense of community that we have is so strong,” Wear said. “Those of us on the western side of the state consider those runners in Little Rock to be some of our closest friends.  And we’ll meet in between to train.”

Coffelt is the reason many of the Arkansas runners keep returning to Pikes Peak, Wear said.

“Bill has done it so many times that he really just wants to help you do better on it, too,” he said. “There was a year we were running side by side, coming down the mountain two years ago, and he’s like 'come on, we’re going to get your PR.' And he was running down next to me, coaching me the whole time. And then when he got to the finish line, he wouldn’t cross before I crossed. He ended up pushing me over to make sure I crossed first.” 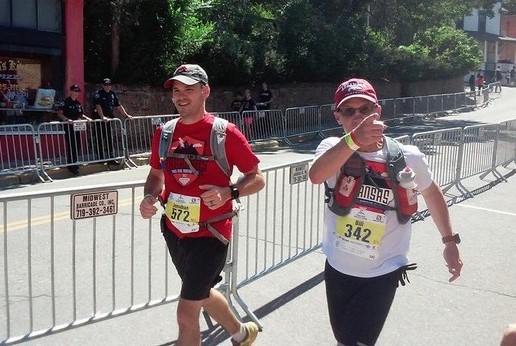 As Coffelt remembered it, “I caught up with him at about A-Frame. And altitude had tickled him a bit. And he was going to coast down. And we got down to Barr Camp and I said, ‘we can beat this time.’ And if you start talking to someone when they’re running, it can take their mind off things.

Next thing you know we were down at No Name Creek and he was astonished that he was feeling better. And I said altitude does great things when you’re going downhill.”

The fun of the race is in helping other runners do their best, Coffelt said. “Part of my goal is to bring someone out and mentor them and see them succeed than it is for me to say, ‘hey I broke seven hours this year.’”

Training in Arkansas often involves running in intense midday humidity, which can stretch into the evening. “When the four of us who are racing this year finished at the track a few nights ago at 8:30, the heat index was 105 in the dark, “ Wear said.

“Intense humidity stresses the body,” added Coffelt. “It’s not the same as running at altitude. But it still makes it harder to breathe. It’s just a different kind of stress.”

“Bill was crucial to my PR and of helping so many of us from Arkansas,” Wear said. “When you’re running on the mountain and you see someone wearing the Arkansas Marathon team shirt, it’s a real feeling of being a team.”

The Arkansas legacy continues with newer runners and those who are returning after years away.

“We’re on our way down Rackley Mountain Road in Mountainburg,” said Sandy Morrell, 46, of Alma, who was training for the Pikes Peak Ascent with a group who were running in 100-degree midday Arkansas heat with 100 percent humidity. “It’s so hot that we’re all pretty much soaked,” she said of the training run about a week and a half before the race.

Morrell’s first race on Pikes Peak was the 2018 Ascent, when runners were turned back at Barr Camp due to weather concerns. A runner of six years, she wanted to do a race with her son, who was returning from the Marine Corps. “The only way I knew I could get him to do it was to really challenge him. I really wanted to summit with him. We were together last year and didn’t get to the summit.”

Although Morrell’s son is home with a new baby, she has trained hard for her return to the mountain. “For me, I could not not go back and see if I can make it to the top,” she said. “Even though I’ve done 78 halves and four fulls, it really is the ultimate challenge for us. You have the altitude and you’re going straight up, which we don’t have here.”

Three friends from Alma, first-time Ascent runners, are joining her, and they are part of a larger group from Crawford County, Arkansas, she said.

Runner Donna Duerr, 64, of Little Rock, is headed back to Pikes Peak to run the Marathon after years away, having first done the race in 1992.

She is determined to finish this year.

Her qualifier was Arkansas’s long-running Ouachita Trail 50K.  And living part-time near Winter Park, Colo., at 8,300 feet, she ran a lot at altitude to prepare for this year’s race.

“I thought this would be the year when I could do it,” she said. “And it could be the last year I’m able to do it. But at least I’m going to give it a shot.”