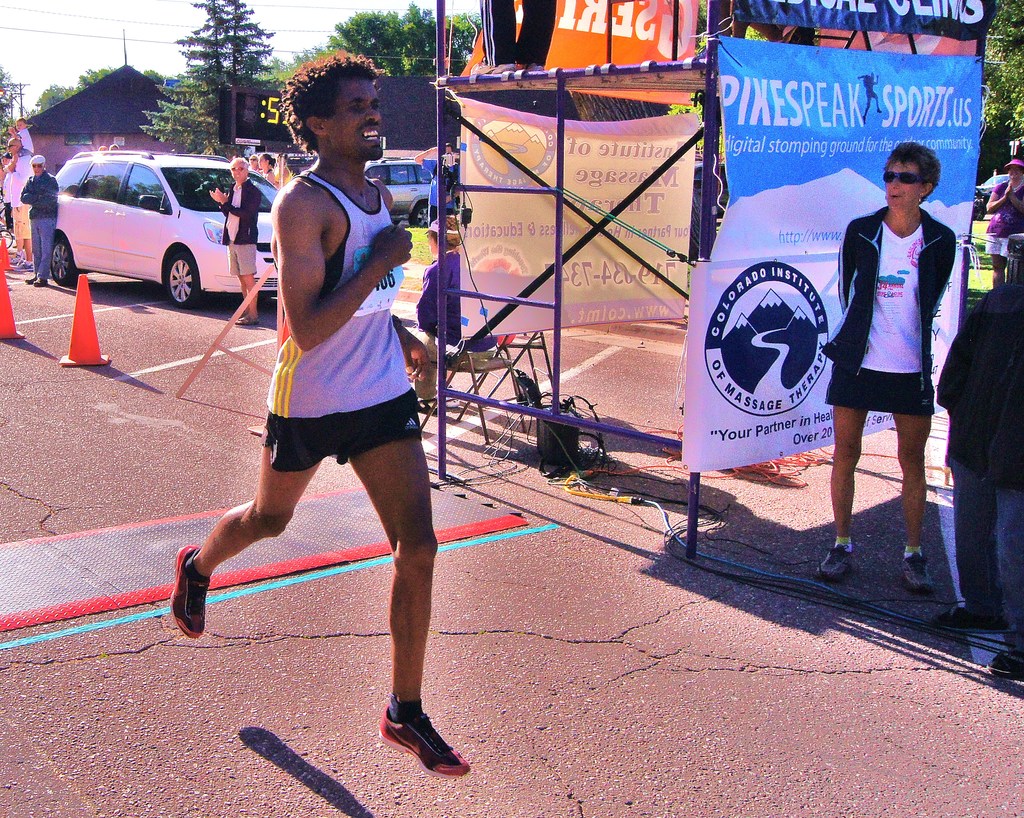 Teklu Deneke plowed through a head wind to win the Garden of the Gods 10 Mile Run.

A difficult, hilly course proved even tougher with a 20-mile per hour headwind for the first half of the 36th running of the Garden of the Gods 10 Mile Run on Sunday.

“They were running pretty fast for the conditions out there,” said the legendary Bart Yasso, the “Chief Running Officer” at Runner’s World Magazine and a celebrity host of the event.

Everyone at Sunday morning’s awards ceremony took comfort in that, including the men’s winner.

“The course was very, very tough,” said Deneke, who has called Flagstaff, Ariz., home since 2011. He ran as a professional marathoner in Europe and Asia before moving to the United States in 2010. “With the wind against your chest, the first five miles were really tough.”

Deneke, 32, surprised most of his competitors, who did not know of his competitive background, which included a win in a large Kansas City 10-mile race last weekend.

Despite the head wind for the first five miles and a cool start temperature of 57 degrees, he set a good pace and runner-up Benard Langat (29, Santa Fe, N.M., 54:14) did not want to try to keep up.

Langat used the race as a training session for an upcoming distance event in the Dominican Republic.

“I was not prepared to run today,” said Langat, who was in Colorado Springs to visit family and friends. “They told me about it and said it was a good race. I was looking really good for a very hilly course but (Deneke) just kept going and I ended up taking second. It’s OK. I am more worried about being ready for the Dominican (race).”

“I was happy with the place and the effort,” he said. “It was a pretty good time considering the conditions.”